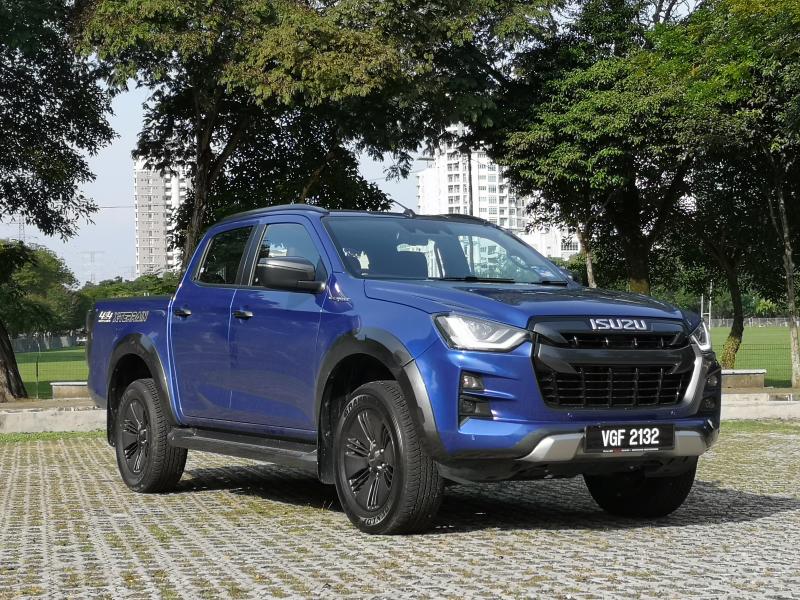 LAST year was a great period for those looking for a quality ride that can handle tarmac confidently, while being able to hit most off-road trails in stock condition.

Manufacturers ranging from the likes of Ford, Mitsubishi, Toyota, JMC, Mazda and Nissan launched new models for Malaysian market, covering the more utilitarian single-cab all the way to top-of-the-range models that can only be described as car-like, even if they are built using the “body on frame” construction method that is intended to ensure durability under the most punishing conditions. 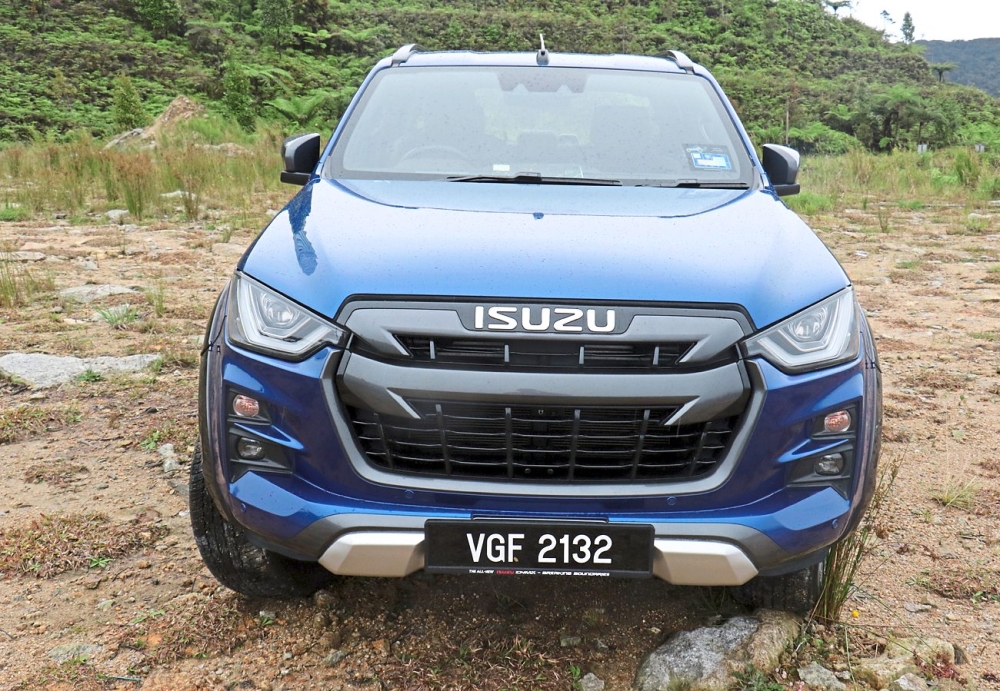 The Isuzu D-Max 3.0 X-Terrain, being the top-of-the-range variant from the Japanese maker, is a standout example of the increasingly crowded field of what can be described as “utilitarian-vehicles-turned-lifestyle vehicles”.


Assembled in Thailand, the X-Terrain is pleasing at first sight, retaining solid muscular workhorse looks, but sculpted to be elegant from many angles. 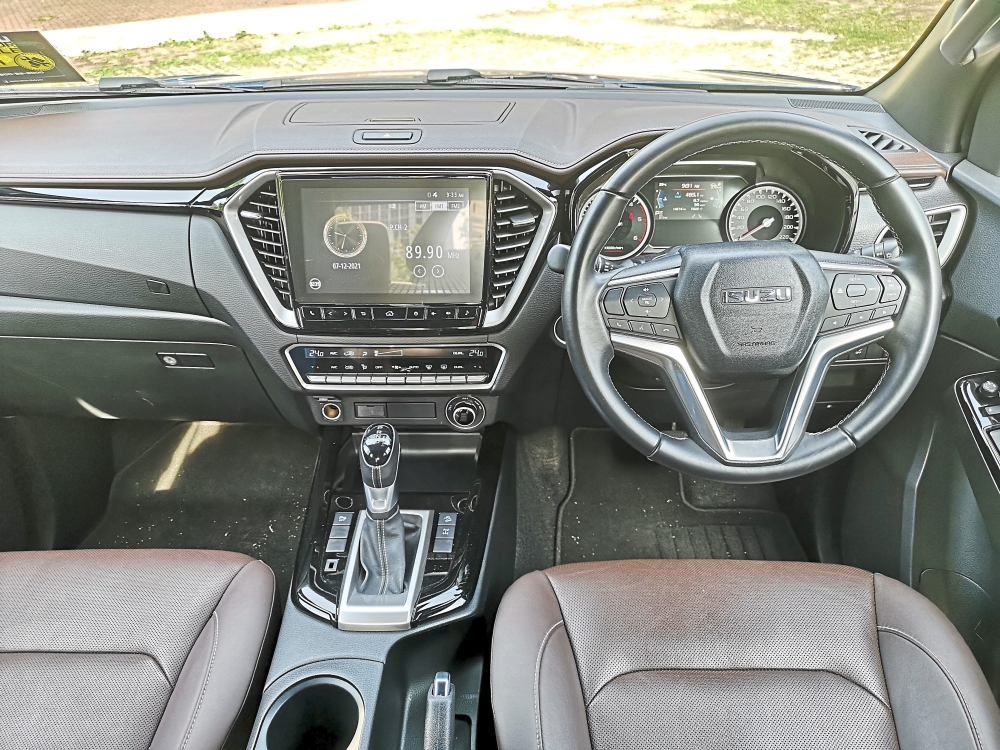 It is not overly avant-garde in appearance, so ensuring the truck will age well with the passage of time.

Driving experience is a highly-pleasing one, with the upgraded 3.0-litre turbodiesel engine effortlessly propelling the two-tonne truck even up the steepest roads, such as a quick jaunt to Genting Highlands. 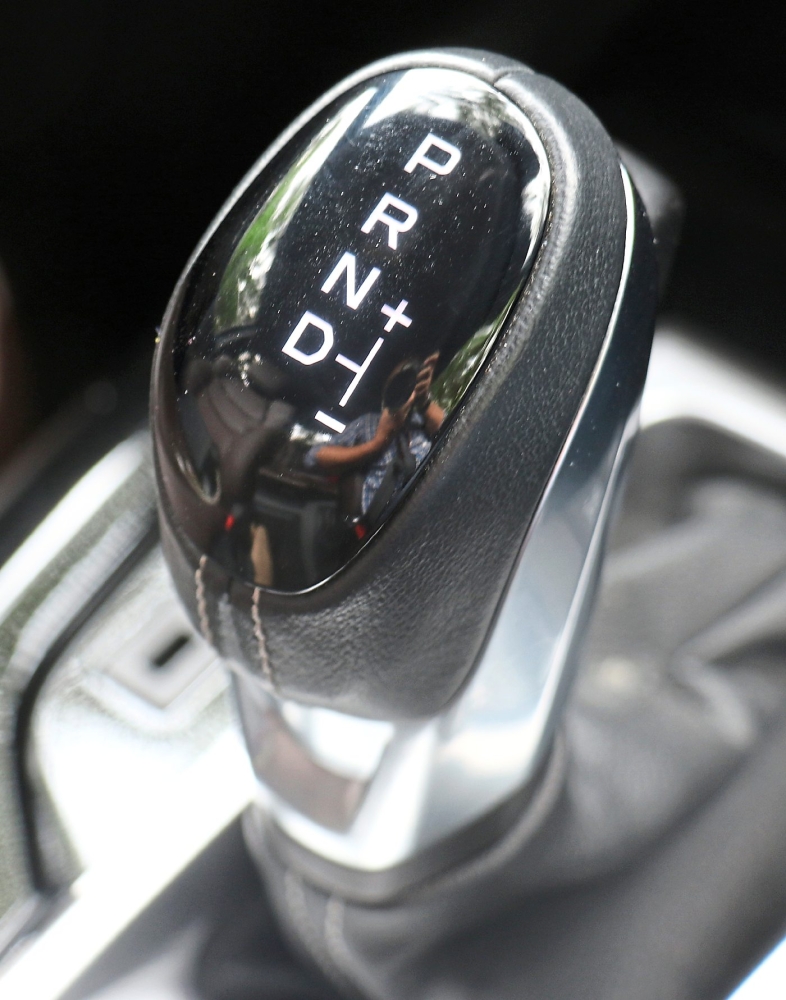 Slowing the X-Terrain down is no problem at all, with the disc-drum combo more than adequate for the job. 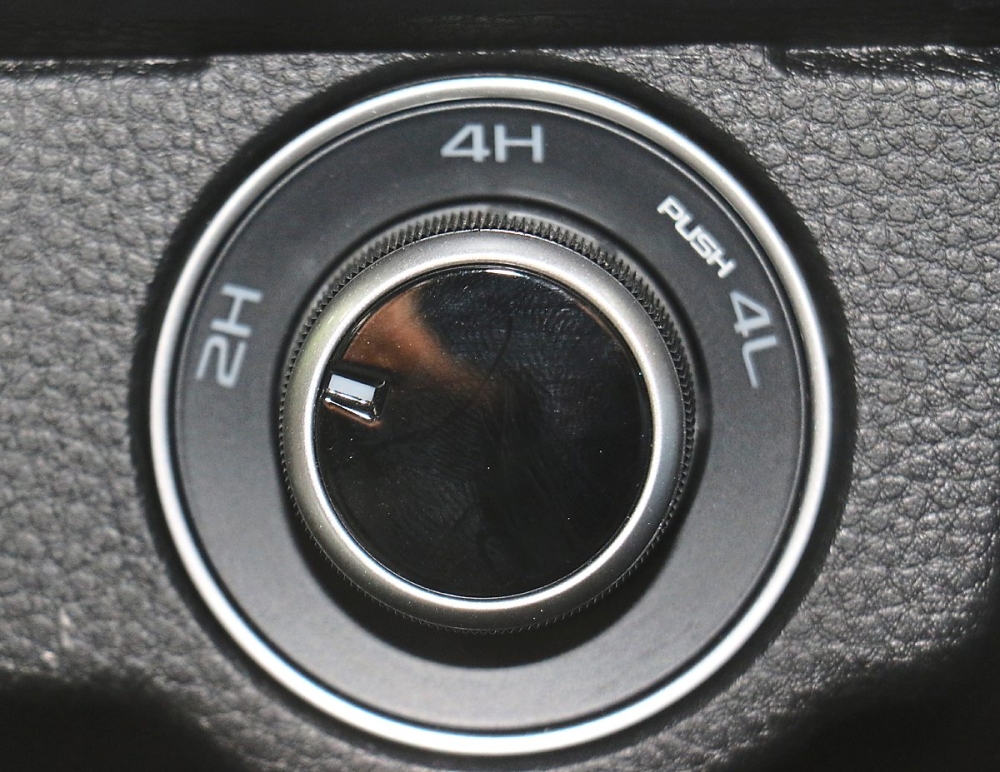 Cabin insulation is very good, with practically no noise in the cabin when cruising at 90kph along the Kuala Lumpur-Karak highway.

Fuel efficiency, if judged by the fuel gauge alone, is excellent, with the "needle" barely dropping even when the X-Terrain is driving slightly more aggressively than I normally would as I tried to ascertain its tarmac-holding ability, which I think is very good for vehicle of this weight and size. 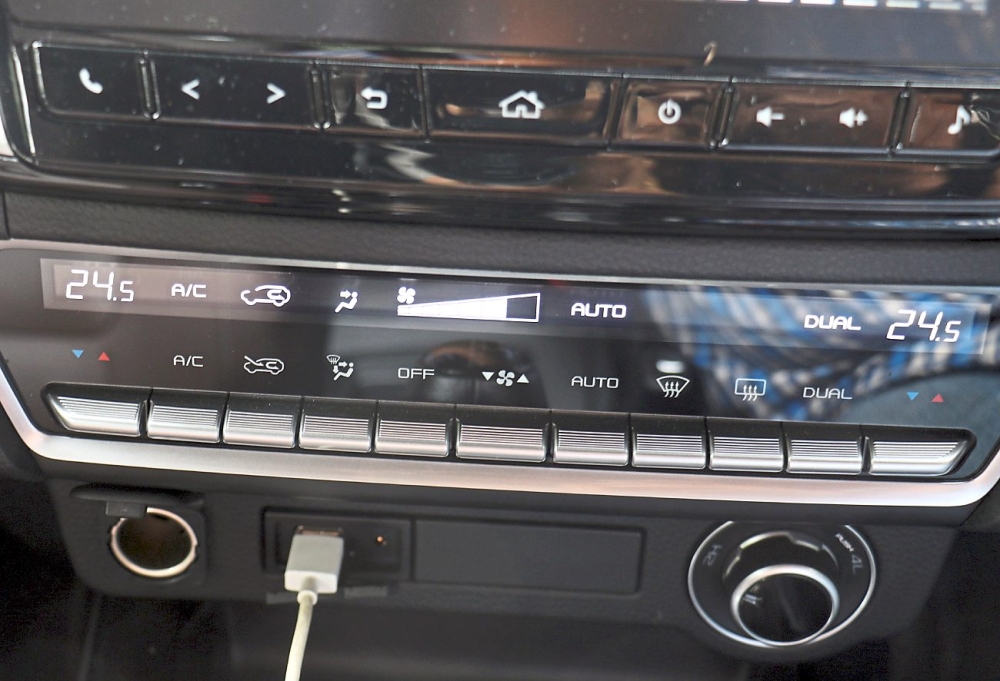 Rapid lane changes also does not unnerve the X-Terrain, with its revised suspension geometry handling the job well.

Off-road wise, the air intake system has been raised from 600mm previously, to 800mm now, bringing it more on par with its peers. 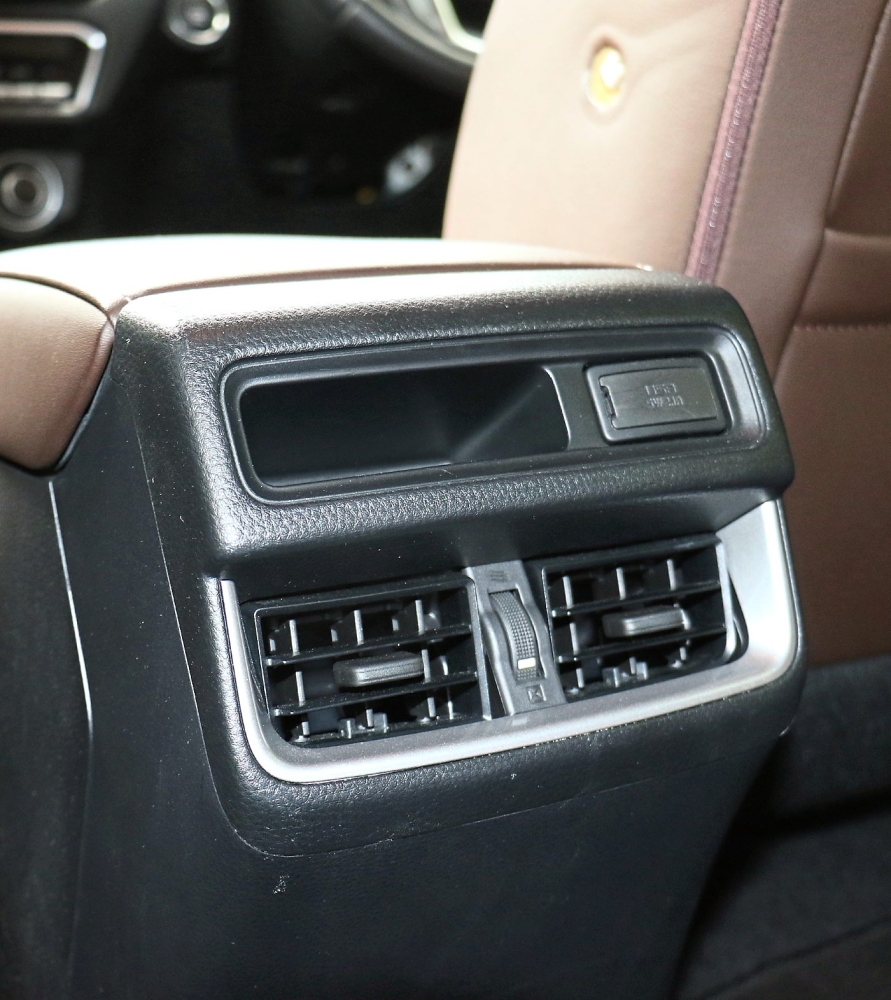 In the cabin, the switches are sufficiently large and instinctive, with rear blowers for those seated in the rear, befitting its proposition as a flagship truck for this market.

My friends remarked they like the big cubby holes to store small things, while night driving is easy thanks to the bi-LED headlights. 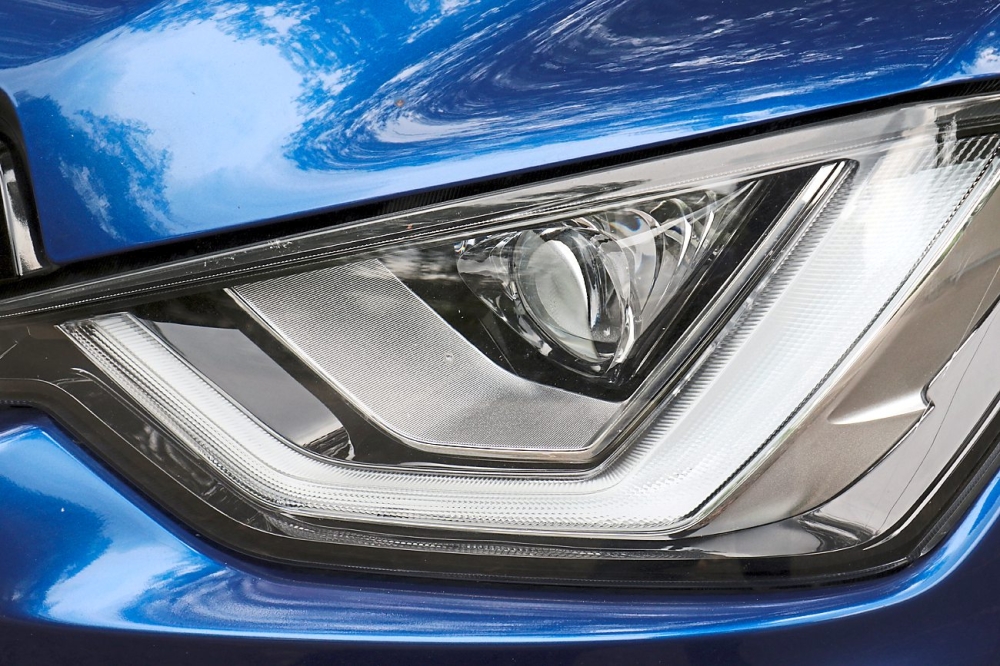 Other pluses include things like land departure warning (can be turned off), blind spots monitor, as well as Android Auto that is mated to a nine-inch centre screen.

Another much appreciated feature is that the windscreen and door glass use specially treated glass that filters out most infrared rays in order to keep the interior as cool as possible. 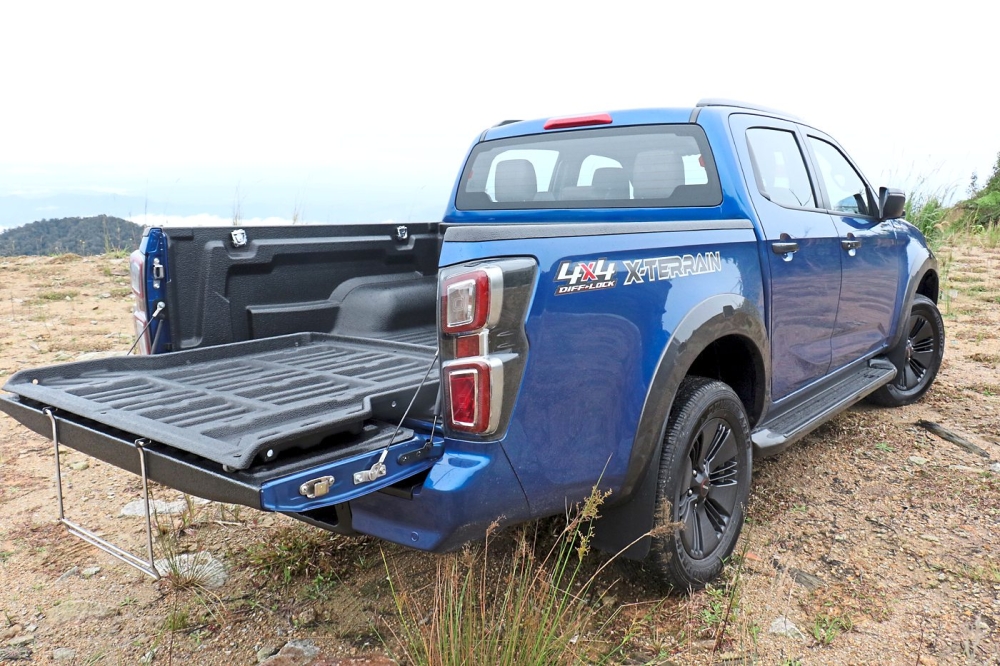 This premium truck costing RM142,428 (private registration, on-the-road without insurance) would had fared better with a 360-degree camera instead of the more basic reverse camera.

In conclusion, with its solid performance, advanced driver assist system and a five-star rating under Asean NCAP, the X-Terrain is a more than credible challenger to the upmarket truck segment here, and is a very much welcome addition to the pack. 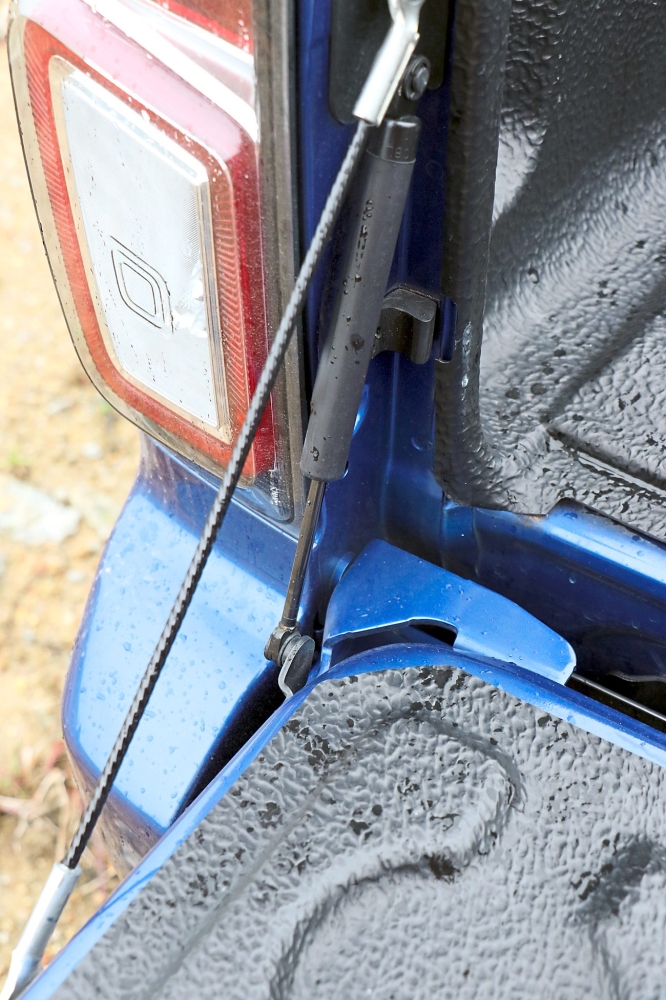