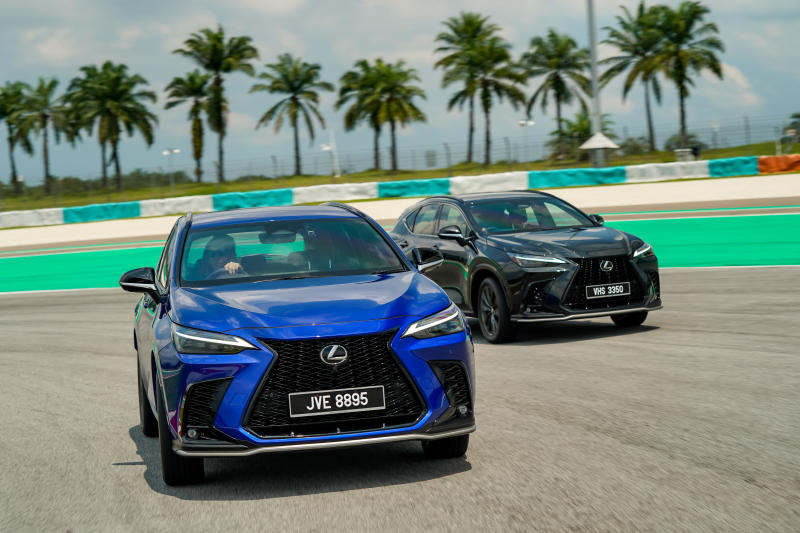 SINCE its local launch in 2015, the first generation Lexus NX mid-size premium sports utility vehicle (SUV) has been well accepted and accounted for a third of Lexus Malaysia’s overall sales volume.

After a good seven-year run keeping Continental rivals at bay, the NX is now being replaced by an all-new successor that features bolder styling as well as massive uptick in performance, smart tech and refinement. 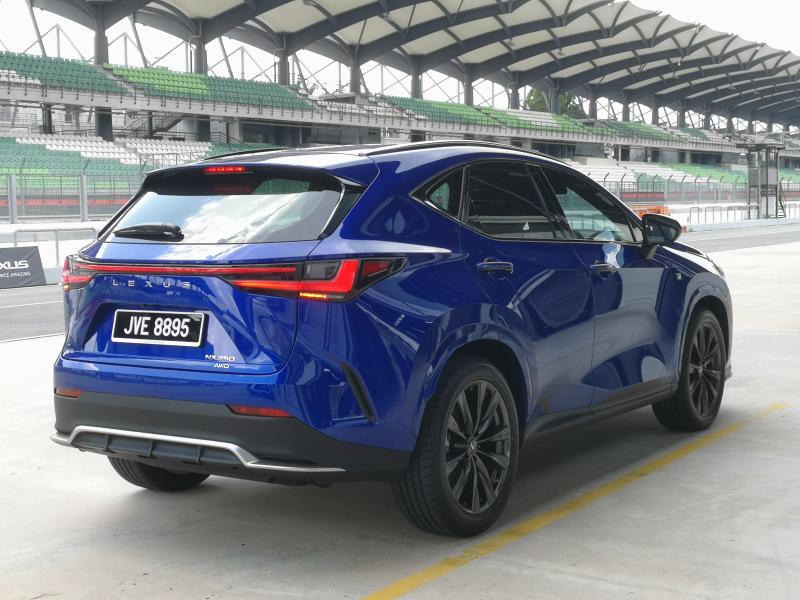 The second generation model will be offered locally in two variants of the 250 Luxury featuring a 2.5-litre naturally aspirated engine and the 350 F Sport with a new 2.4-litre turbocharged block. With a Direct Shift eight-speed automatic transmission, all-wheel drive (AWD) and a top speed of 200kph in both variants, Lexus says the 250 Luxury can do the 0-100kph sprint in 9.1 seconds while the 350 F Sport is much quicker at 7 seconds. Lexus Malaysia has started taking bookings for the 250 Luxury which has an on-the-road without insurance price of RM370,888, while the 350 F Sport arrives at RM389,888, in Peninsular Malaysia.

We managed to get a drive in the 350 F Sport organised by Lexus Malaysia at the Sepang International Circuit last week. At the rear, there is the long light bar that links up the L-styled LED tail lights to create a more eye-catching appearance. Inside, our unit came with Flare Red leather upholstery that imparts a more adventurous feel.

There is no lack of space as the new NX is 20mm wider and has a 30mm longer wheelbase compared with the out-going model. 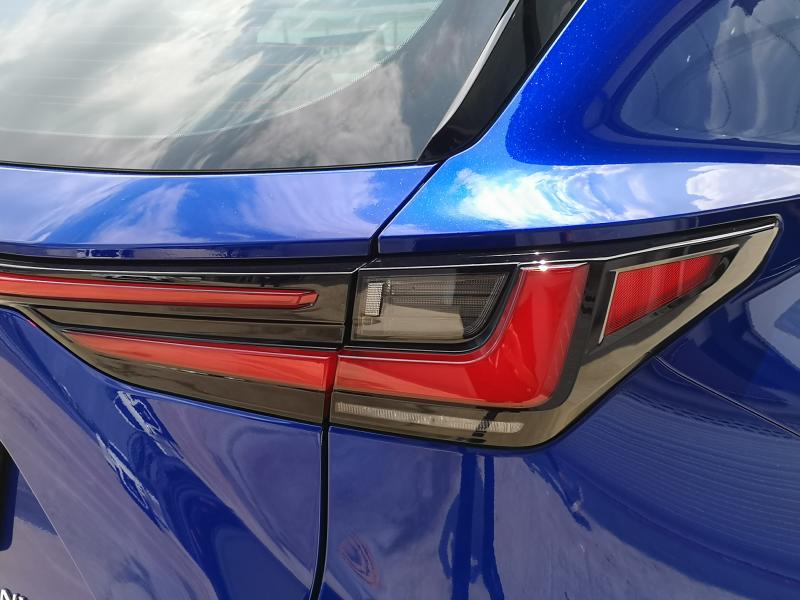 To make the NX more intuitive to drive, Lexus is banking on the ‘Tazuna Concept’ that draws on the symbiotic relationship between a jockey and his horse.

Multi-information display, multimedia screen, gauges and head-up display are grouped so they can be easily read at a glance. The number of switchgears have also been reduced from 78 to 45 for easier operations.

The NX’s dashboard features a large 14-inch touchscreen multimedia system that supports Apple CarPlay and Android Auto via wireless or USB as well as having a built-in navigation system. The door release latches are the electric e-Latch type that allows effortless opening of doors by the press of a button or lever.

Unlike typical performance SUVs that tend to unleash raw power at take-off, the 350 F Sport’s delivery is silky with muted exhaust note. With the smooth Sepang track, the 350 F Sport’s driving civility and cabin quietness, there were times that we did not realised that we were actually going much faster than we had thought.

It also has five drive modes of Eco, Sport S, Sport S+, Normal or Custom for drivers to choose their preferred driving set-up. 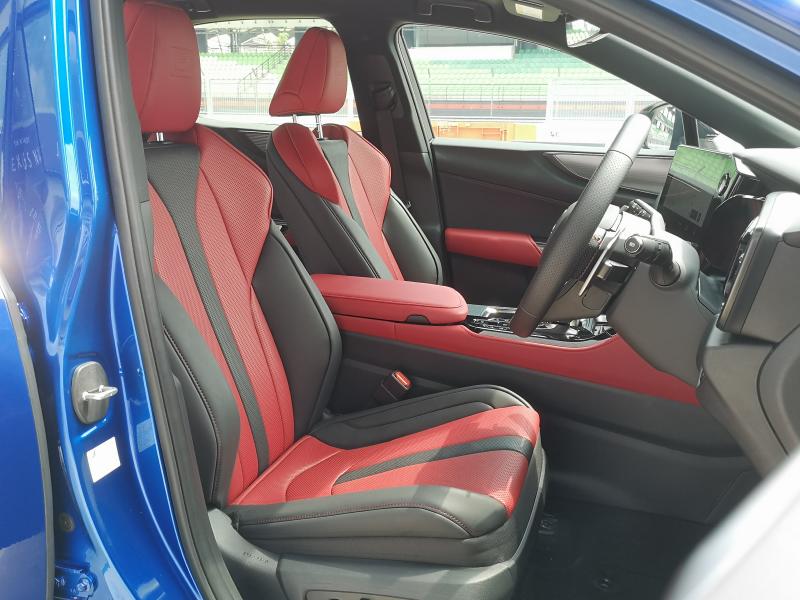 The 350 F Sport also gets the Lexus-first electronically controlled full-time AWD that continuously varies driving force distribution between the front and rear axles from 75:25 to 50:50 depending on the situation.

Built on the Lexus Global Architecture K (GA-K) platform that offers 30% improvement in rigidity than previously, the NX has improved cornering control and dynamic handling. 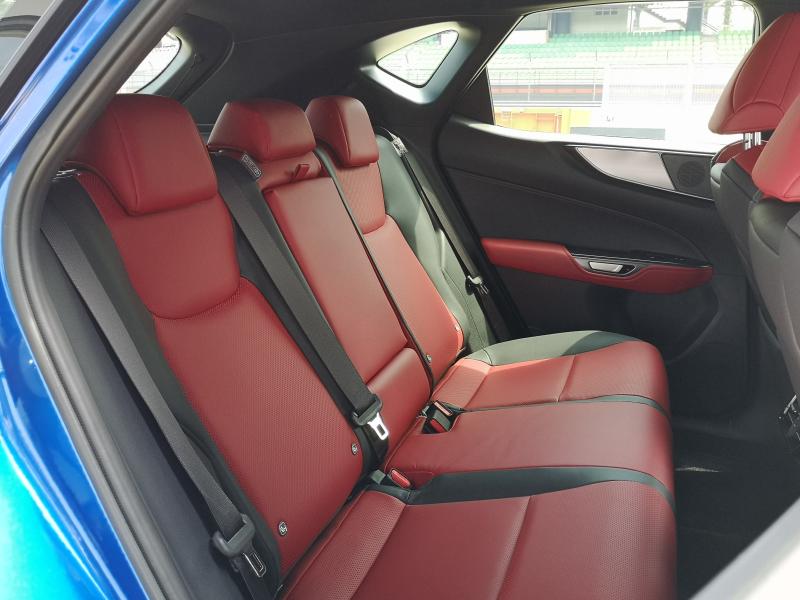 The 350 F Sport exhibited surefootedness with minimal body roll as we charged around the twisty stretches of the Sepang track as well as a slalom course specially laid out for us. The NX has the latest generation of the Lexus Safety System+ (LSS+) that increases the level of active safety and driver assistance.

It even gets a new Road Sign Assist (RSA) that uses a camera to recognise speed limit signs and display the information on the head-up display and multi-information display. 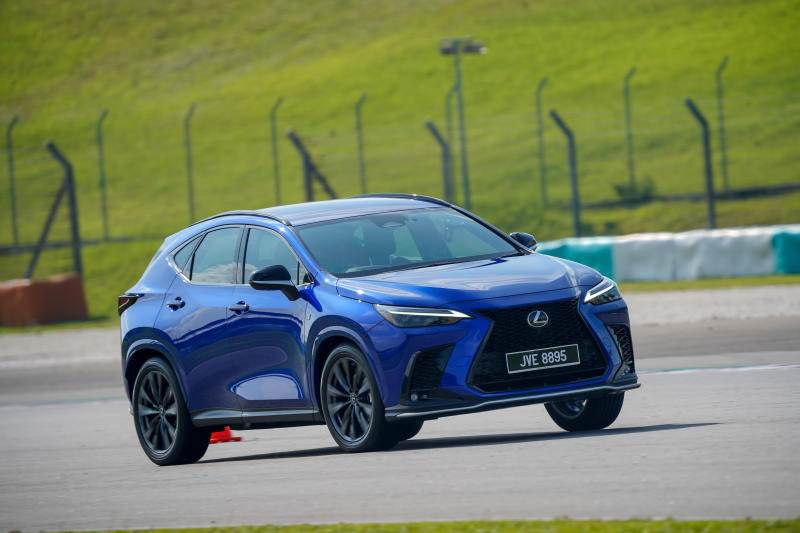 With loads of improvements, the new NX looks set to continue the appeal of the previous model.

Lexus Malaysia will be holding a weekend event at all its showroom nationwide on May 21 and 22 where prospective buyers can test drive the NX and place a booking.