Known as the Hino Poncho, the low-floor 7.0m minibus will start its trial run within the JB area under the operation of Handal Indah (also known as Causeway Link) - one of the largest bus providers operating in the State of Johor.

The one-month trial (June 15 to July 12) run will cater to Route 10B which travels along the JB City route which includes Pelangi, Sentosa, Pandan, Taman Daya and Taman Setia Indah.

In 2017, the two companies began a collaboration to conduct a trial on Hino’s low floor 10.5m hybrid bus model.

“We have been working together on our past collaboration to run the first hybrid bus in Malaysia supporting economical and clean public transport system.

"It was an obvious choice to work with Handal Indah again for this Poncho trial in Johor and we are glad that they are
as excited as we are to run this,” said Hino Malaysia managing director Atsushi Uchiyama.

He added that Handal Indah is an experienced company and provides great insight into JB's public transportation needs that have been deemed vital in this trial.

The project aims to transform the public transportation system in Iskandar Malaysia with three main lines running from Skudai, Tebrau and Iskandar Puteri to JB's city centre.
This is further supported by direct and feeder routes, with a network of more than 1,200km covering 90% of the populated areas of Iskandar Malaysia.

The IMBRT will consolidate some existing routes as well as opening new routes with the intention to serve the people of Johor better in terms of its public transportation needs.

The main of the project is to provide people with better access to an extensive network of bus routes that use sustainable green technology.

The Poncho is able to cater up to 31 passengers (including standing passengers) and will be used in IMBRT's expansion into new routes while being able to manoeuvre through narrow city roads and quiet residential areas.

The low floor design with "kneeling function" (down by 50mm) will help make boarding easier for senior citizens, children and wheelchair-bound passengers.

Likewise, the function is able to raise the mini-bus up by an additional 30mm to traverse over rougher uneven roads.

The trial unit is equipped with a 5.0-litre Euro-5 common-rail diesel engine mated to a five-speed automatic transmission.

The combination is said to be environmentally friendly with better fuel economy and reduced emissions thanks to its Diesel Particulate Reduction (DPR) system - an after-treatment system that helps to reduce particulate matter.

This feature differs from other current Euro-5 vehicles where the Poncho does not require any additional fluid such as AdBlue urea fluid, which eventually will save the operating cost and maintenance time for the customer. 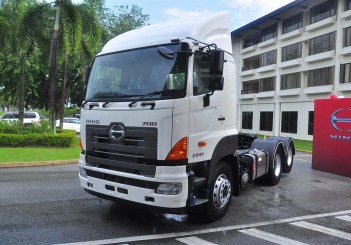 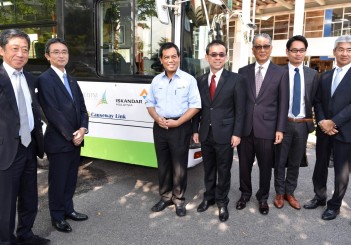 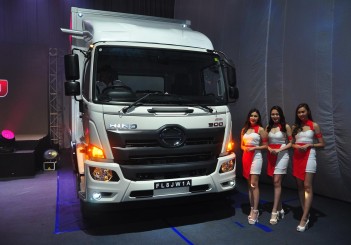 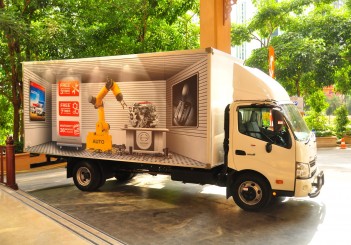