TOKYO: The new Lexus LX made its world premiere today and is scheduled to go on sale in early 2022.

No mention of a hybrid yet, and price will be announced in due course. The new LX is the second model of the next-generation of Lexus following the NX.

Since its launch in 1996, the LX has been well received as Lexus' flagship SUV due to its high-quality, ride comfort, and driving performance that can withstand all kinds of roads around the world.

This has been achieved by refining the founding concepts of the LX: "reliability", "durability", and "rough-road driving performance". 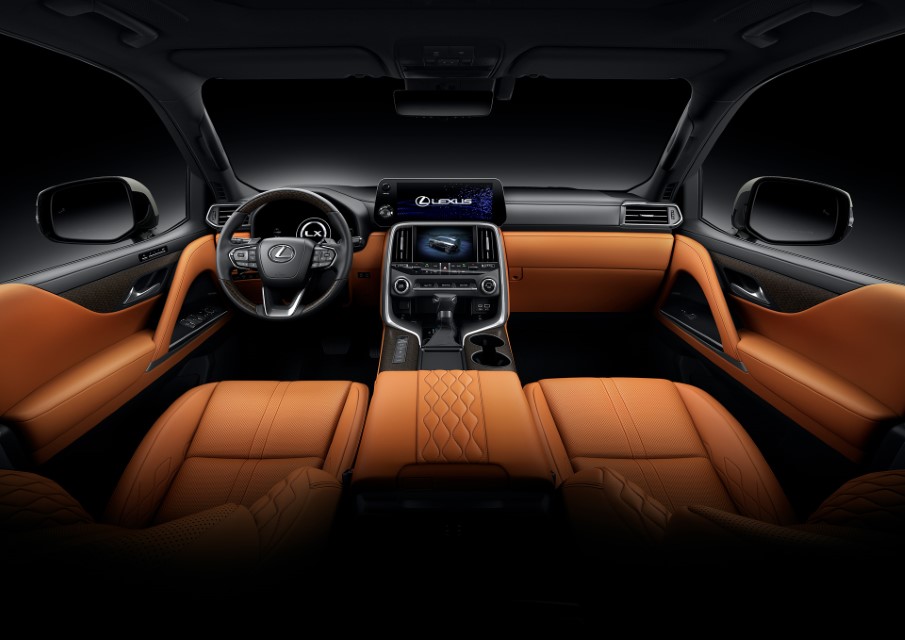 According to Lexus, the fourth generation LX 600 builds on its founding concepts by providing exceptional comfort and enriching the experiences of its occupants.

The new LX has the "golden ratio" of a 2,850 mm wheelbase, which has been inherited from generation to generation and which provides both high-level performance on rough terrain and a spacious interior.

While maintaining a traditional body-on-frame structure to ensure reliability, durability, and driving performance, it is now based on the new GA-F platform, reducing its hefty weight by 200kg, and achieving a digitally-developed high-rigidity body. The new LX will be available with a new high-output, high-torque 3.5-litre V6 twin-turbo petrol engine (409hp/650Nm). It replaces the naturally aspirated 5.7-litre V8 mill of the previous LX.

Electronically controlled brakes (ECB) and an electric power steering system (EPS) are also adopted to ensure customers will be able to enjoy Lexus-unique driving performance to the fullest, both on-road and off-road.

These innovations, plus the adoption of two new available powertrains, will also contribute to improved environmental performance, reducing annual CO2 emissions when the vehicle is in use by 20 percent on a global cumulative basis compared to the previous model. In harsh off-road environments, to promote a safer and more comfortable driving experience, the instrument panel features Lexus' first dual display with a 12.3-inch upper screen and 7-inch lower screen, as well as Back Underfloor View, which displays the area beneath the rear part of the vehicle as a world first.

As the luxe-up version of the Toyota Land Cruiser, the new LX is more personalised, with the newly added "EXECUTIVE" grade, which is specially designed with four independent seats for elegant and safe travel on all kinds of roads, and the "OFFROAD" grade which is dedicated to Japanese market. In terms of styling, while pursuing a design that contributes to athletic performance and function (a design perspective that began with the new NX), ideal proportions are expressed through a blending of sophistication, power, and presence befitting a flagship SUV.

New 22-inch forged alloy wheels employ the high contrast of black and machined brilliance to emphasize that they are the largest ever offered by Lexus.

Among other featured technologies, Lexus' first fingerprint-authentication push-start switch contributes to reducing the risk of theft. At the world premiere, Lexus also introduced a Recreational off-Highway Vehicle concept running on hydrogen that the company says gives shape to its vision of a carbon neutral future for those seeking adventure beyond what the LX can offer.