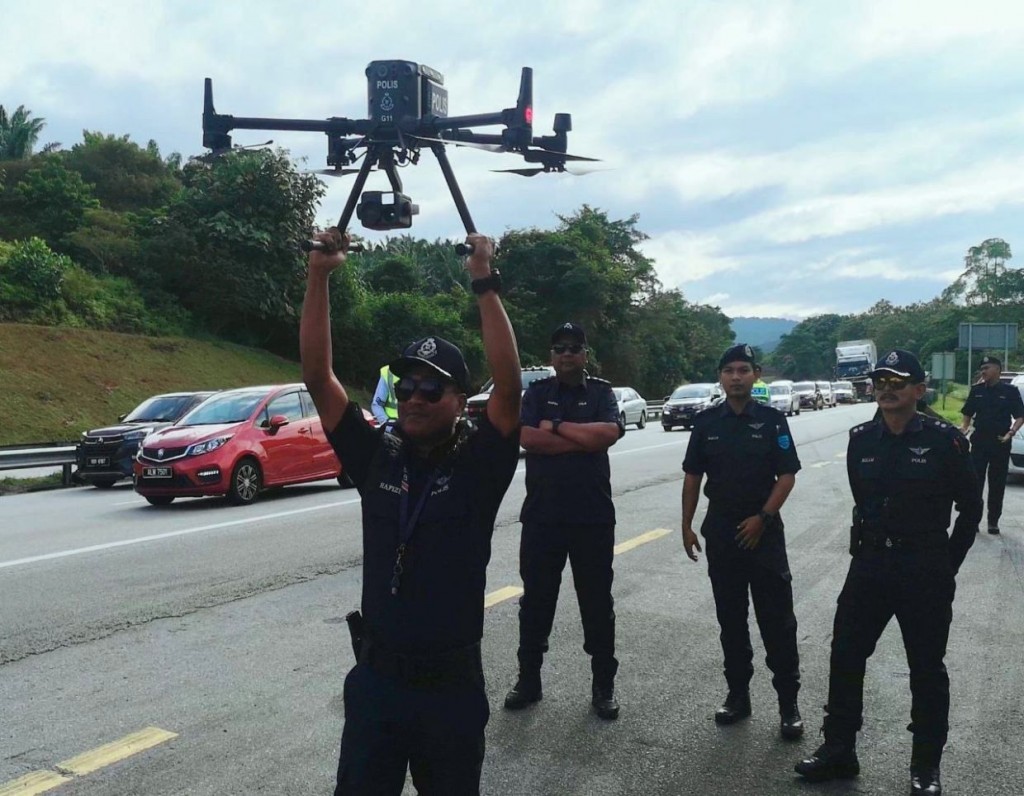 PETALING JAYA: With two million vehicles expected to be on the North-South Expressway (NSE) during the Chinese New Year exodus, the police have deployed their aerial drones to monitor known dangerous spots.

"Throughout the duration of Ops Selamat 19, the Air Operation (PGU) Drone Unit has been mobilised together with the JSPT.

"The drone unit squads will be placed at the north, east and south sectors and their focus would be to assist the JSPT on traffic conditions at hotspots.

"This will ease input being forwarded to JSPT officers on the ground so that immediate actions can be taken," said the Bukit Aman Traffic Investigation and Enforcement Department (JSPT) in a statement today.

It also said that they estimated a further 170,000 vehicles along the Kuala Lumpur-Karak Highway.

It also urged drivers to rest at rest stops when tired and to always obey the traffic laws.

"The cooperation from all road users in obeying the law and rules will ensure no tragedies occur during the festive period," it said.