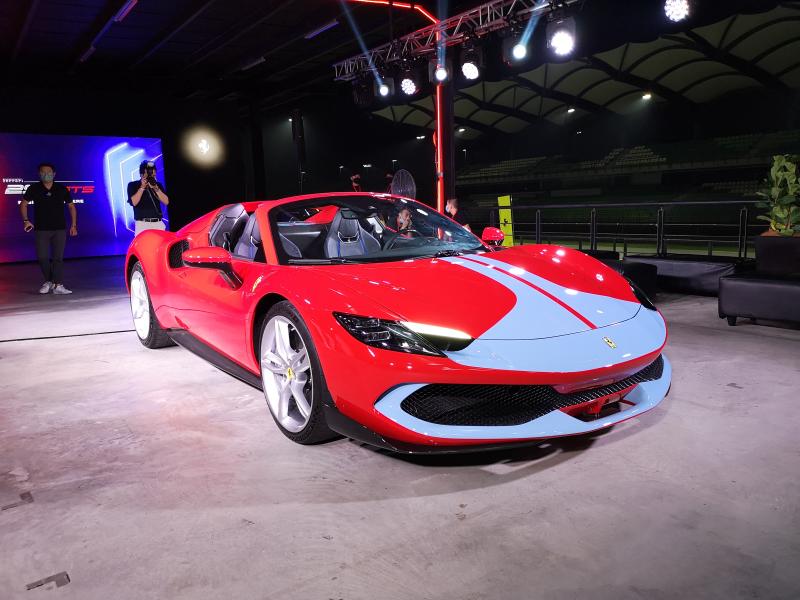 SEPANG: Following the local launch of the Ferrari 296 GTB in March, Naza Italia has followed up with the equally exciting 296 GTS convertible stablemate.

Making its Southeast Asian premiere at the Sepang International Circuit, the 296 GTS plug-in hybrid is available from a base price of RM1.448mil, before duties, customisation options, taxes and insurance. 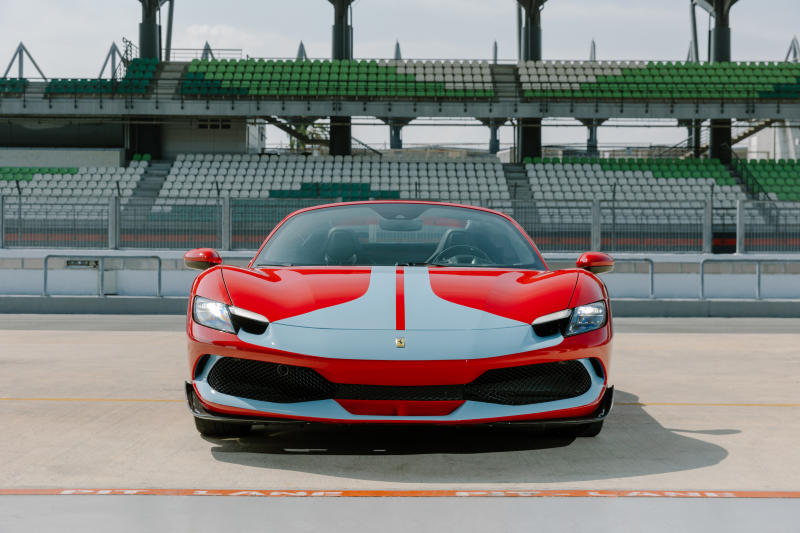 The 296 GTS’ name combines its engine's displacement of 2,992cc and its six cylinders with the GTS (Gran Turismo Spider) acronym in Ferrari tradition.

The two-seater high performance sports car features the mid-rear mounted V6 petrol/electric hybrid powertrain that is also used in the 296 GTB, resulting in a Ferrari V6 with a combined output of 830CV and a specific power output record for a production car of 221CV per litre. 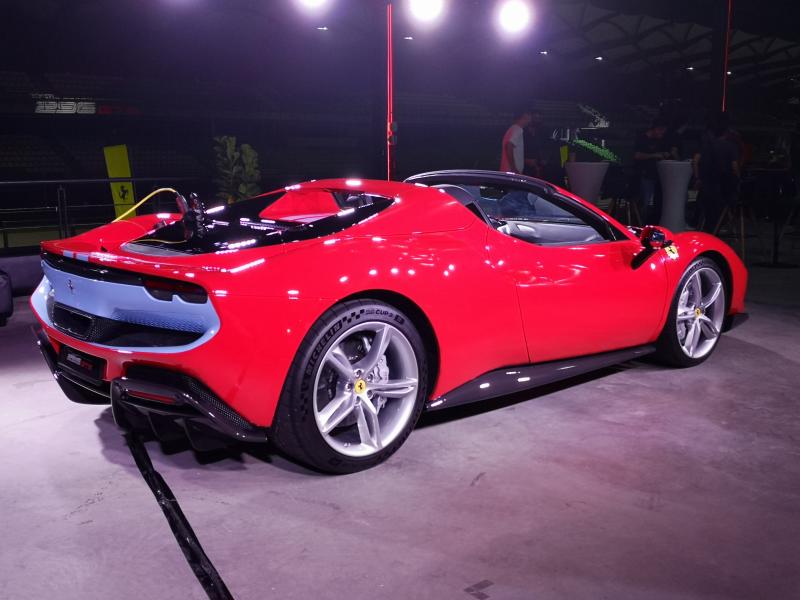 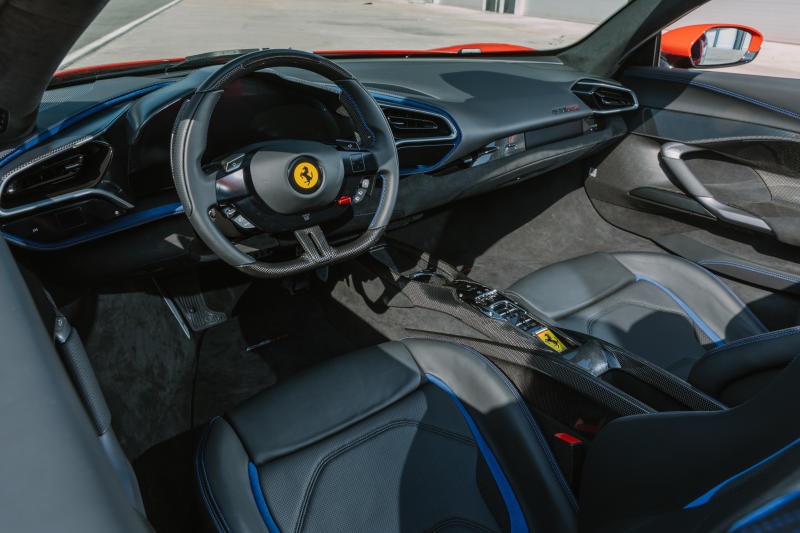 The dual-rotor single-stator axial flux motor, derived from the Ferrari's Formula 1 application and also known as the MGU-K (Motor Generator Unit, Kinetic), is compact and allows reduced powertrain length to fit into the 296 GTS’s short wheelbase.

The electric motor and V6 engine communicate via the Transition Manager Actuator (TMA) which allows them to be used both together to produce a combined power output of 830CV, or decouples them to allow the electric motor to run solo. 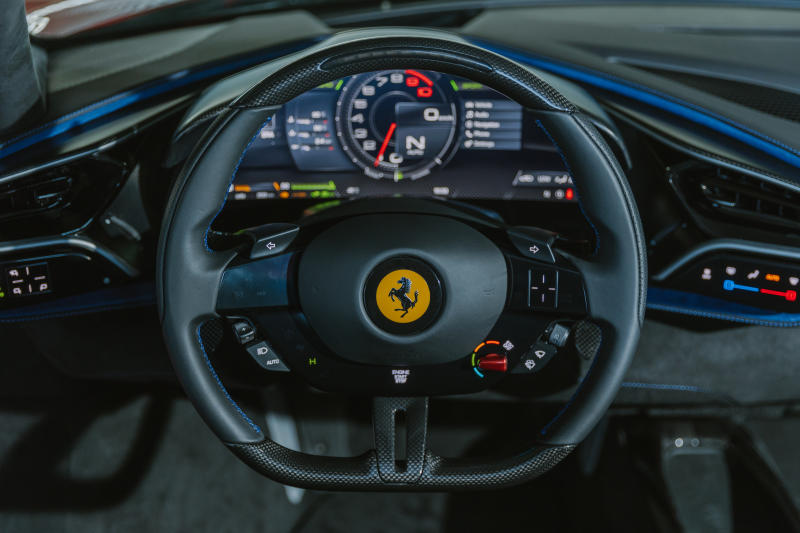 While being able to provide a 25km range and a top speed of 135kph in all-electric eDrive mode, the 296 GTS’s plug-in hybrid (PHEV) system powered by a 7.45kWh high-voltage lithium ion battery also cuts down pedal response times to zero.

The battery pack is located on the floor behind the seats, and to minimise volume and weight, the cooling system, structure and fixing points are integrated into a single component. The retractable hard top (RHT), which is the 296 GTS' most visible differentiation from the 296 GTB, guarantees exceptional occupant comfort as well as high speed open top driving thrills.

With the roof stowed, it features a sleek, sporty design and with the roof up, the silhouette remains very similar to that of the 296 GTB. The lightweight RHT, which stows inside the engine compartment, takes 14 seconds to retract or deploy at speeds of up to 45kph.

The 296 GTB’s chassis was redesigned and optimised for the 296 GTS to improve torsional rigidity and bending stiffness compared to previous spider applications. 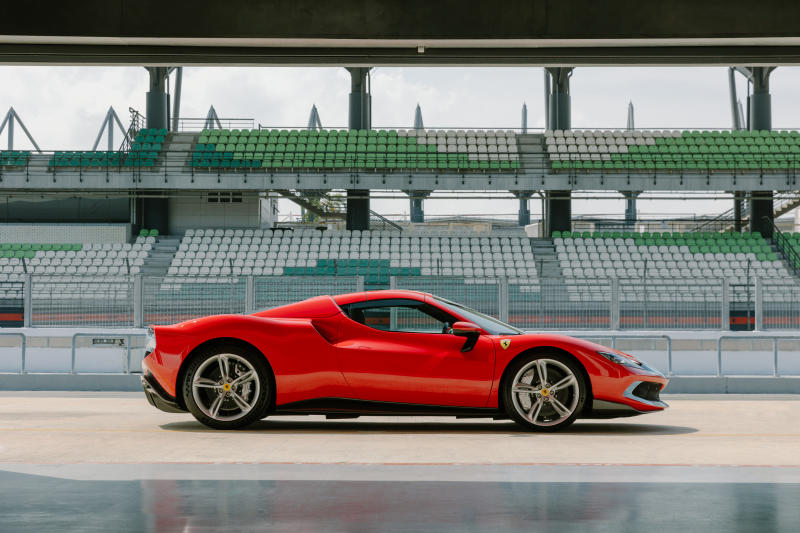 The main areas involved were the A-pillar, B-pillar and sills. 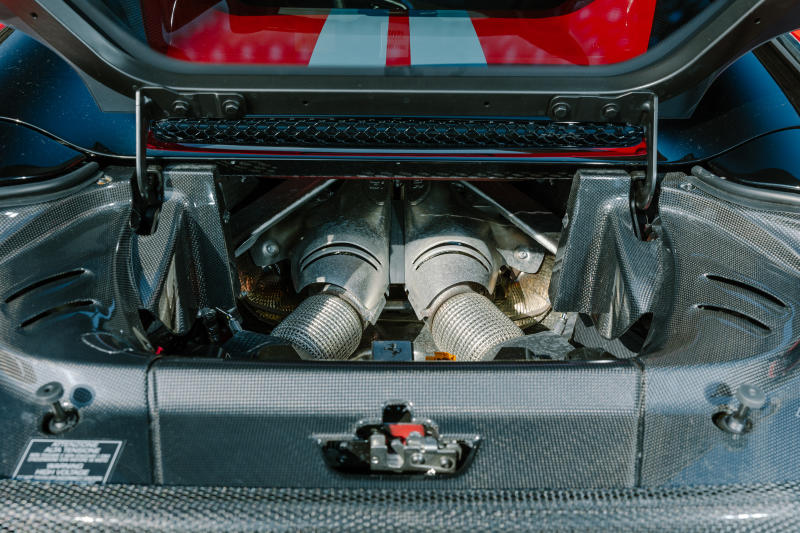 Inside the 296 GTS features exclusive Italian leather upholstery and technical materials, while  the tunnel incorporates a modern take on the classic gear-shift gate.

The steering wheel comes with an eManettino with four positions for eDrive, Hybrid, Performance and Qualify. 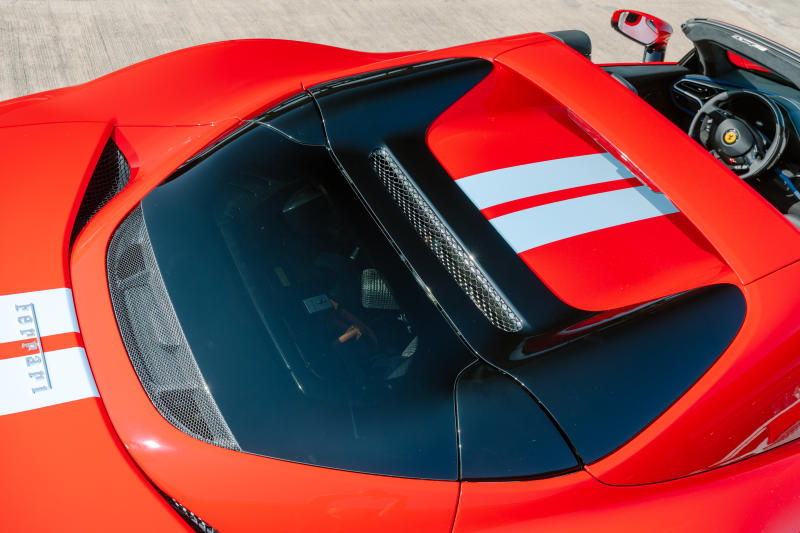 Aerodynamic flaps have been integrated into the rear trim structure to reduce buffeting and increase comfort in open-top driving.

Like the 296 GTB, the 296 GTS also gets the signature ‘tea-tray’ aerodynamic element at the front to produce greater downforce to the front axle. 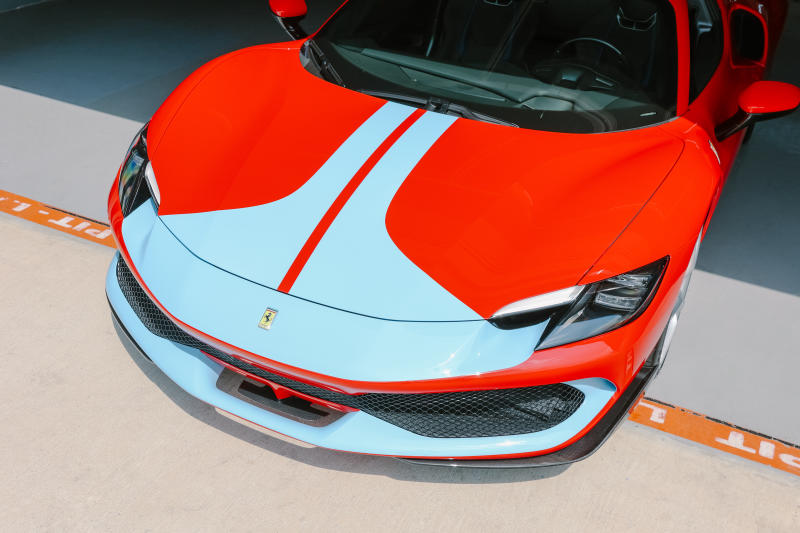 The LaFerrari-inspired active spoiler integrated into the rear bumper allows the 296 GTS to generate a high level of rear downforce when required to the equivalent of a maximum of 360kg at 250kph in the high-downforce configuration with the Assetto Fiorano package. 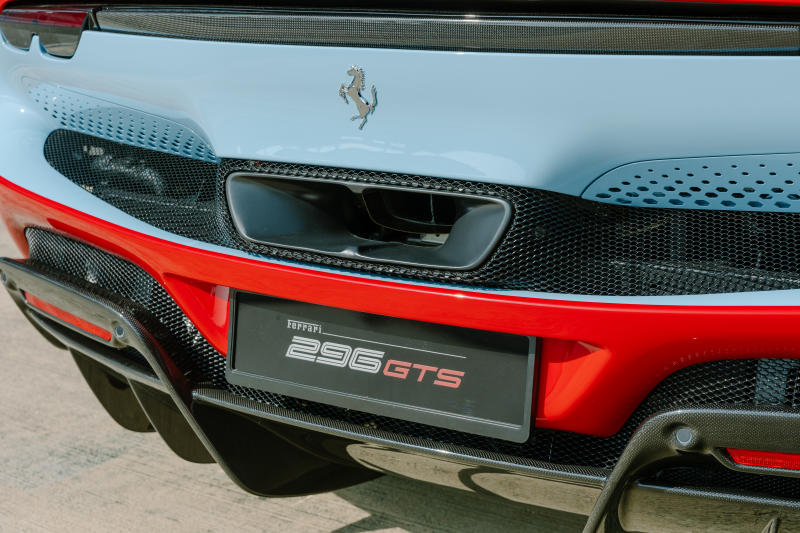 The 296 GTS can also be enhanced with the Assetto Fiorano package for maximum performance for significant weight reduction and aero content.

The package includes grippy Michelin Pilot Sport Cup2R high performance tyres, special GT racing-derived adjustable Multimatic shock absorbers optimised for track use; high downforce carbon-fibre appendages on the front bumper for 10kg more of downforce and extensive use of lightweight materials such as carbon-fibre for both cabin and exterior. 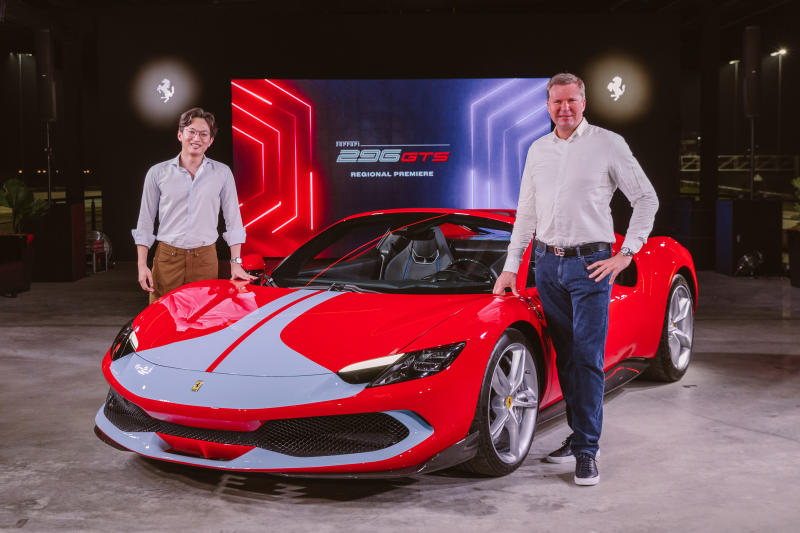 Woo (left) and Knechtel at the premiere.

“Subtly restyled to accommodate the open top, the Ferrari 296 GTS adds a sense of freedom to the fun of every journey.

“At the wheel of the 296 GTS, you get to enjoy the result of Ferrari’s exploration into electric technology and also have the ability to make the most of the weather and your mood, maximising driving pleasure,” he said. “The 296 GTS has been engineered to deliver just that – thrilling performance with the concept of ‘fun-to-drive’ at the heart of its design,” he said.

The 296 GTS comes with an extended seven-year or 120,000km maintenance package. 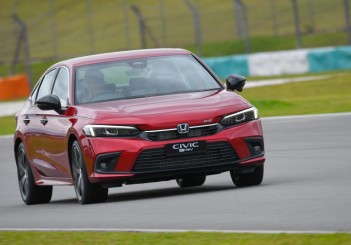