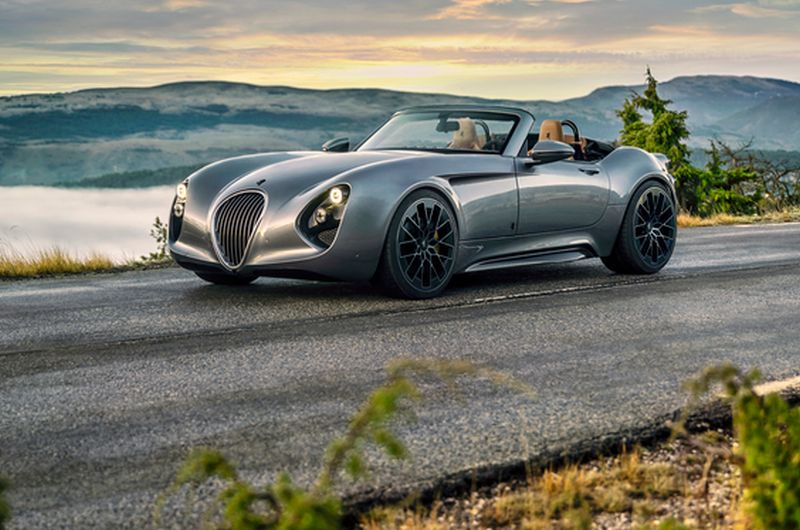 Dubbed Project Thunderball, the prototype car is another classic two-seat roadster with a trademark oval grille, but this time with two powerful electric motors providing the motive power.

The car shares its name with one of the most successful James Bond films ever made although it is worth pointing out that the only German car ever favoured by fictional agent 007 was a BMW. His regular "company" car is an Aston Martin.

The set-up with 800 volt-architecture delivers 600hp at the Thunderball's wheels, with stump-pulling torque to match. The liquid-cooled batteries have a capacity of 92 kWh. The drivetrain has been produced entirely in Germany, said the firm based in the town of Duelmen in North-Rhine Westphalia.

Thanks to carbon-fibre bodywork, the Thunderball streaks away from a standstill to reach 100kph within 2.9 seconds.

Top speed is not given. Range is expected to be around 500km between charges and a sophisticated regenerative braking system helps save power.

In its previous incarnation, Wiesmann used BMW six-cylinder engines to power its models. The company was closed in 2014 after running out of money to pay its debts. It was later bought out by current CEO Roheen Berry.

Also in the pipeline is a throwback to the cars which established the brand's reputation, a BMW-powered sportster called "Project Gecko" to emphasise the car's road-hugging characteristics.