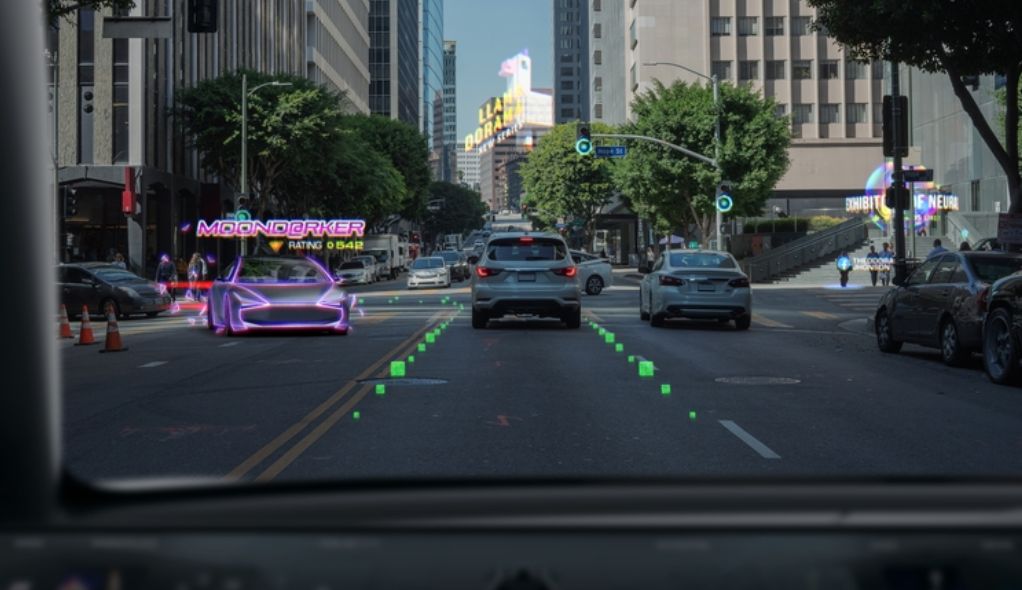 MUNICH: Imagine every window is a screen: Drivers in the near future are set to see holograms in real time on their head-up display - and on every piece of glass in the car. That's the plan of tech supply company Wayray.

Three-dimensional animations with directions, ads and other information positioned to the millimetre and projected on top of every corner of the world around you - this is the newly unveiled vision of the Russian company.

The supplier has developed what it claims is the first head-up display that combines holography and augmented reality. The first series production has been announced for 2025.

Where previously only numbers or simple graphics could be projected into the field of vision, the Wayray technology reflects complex animations onto the windows, which can be perceived as three-dimensional even without special glasses.

They move in tandem with the car's movements, and are positioned to match your surroundings, allowing drivers to get tips on their route and updates from assistance systems. As for the passengers, entertaining content such as games or travel advice can also be shown.

Even ads can be displayed in a location-specific manner, the manufacturer says, meaning taxis and rental cars could one day be highlighting restaurants and shops as you drive past them.

According to the manufacturer, the system offers even more advantages without costing significantly more: Compared to conventional head-up displays, it requires only about 10 per cent of the installation space and can therefore be installed in all vehicles.

In addition, the screen is not limited to the windscreen in front of the driver. Because the technology is based on a special film instead of a projector, all window surfaces in the vehicle can be turned into displays.

To demonstrate the technology, Wayray, together with the design studio of the sports car manufacturer Koenigsegg, has built a show car, the Holograktor.

The electric small car is designed to be the taxi of the future, and it can even be controlled by a driver via remote control or by autopilot.

According to the manufacturer, three seats are waiting behind the gull-wing doors cut far into the roof, all of which offer the best view. And because ideally someone else is driving so that the holograms can be enjoyed undisturbed, there are joysticks and touchpads on each seat for gaming and surfing.