The video explains how the SUV's fuel cell stack creates its energy for propulsion compared to battery-electric vehicles.

Smith added that their latest fuel-cell SUV really sets the standard for zero-emissions travel in the US state of California with up to 615km of range and a five-minute refuel time from empty.

Hyundai touts that its fuel-cell SUVs, including both the current model Nexo and previous-generation Tucson Fuel Cell SUV, have accumulated over 16 million miles on Californian roads, all while producing H2O (water) emissions and no negative effects on the environment. 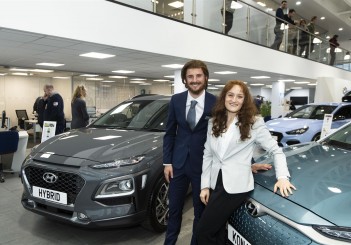