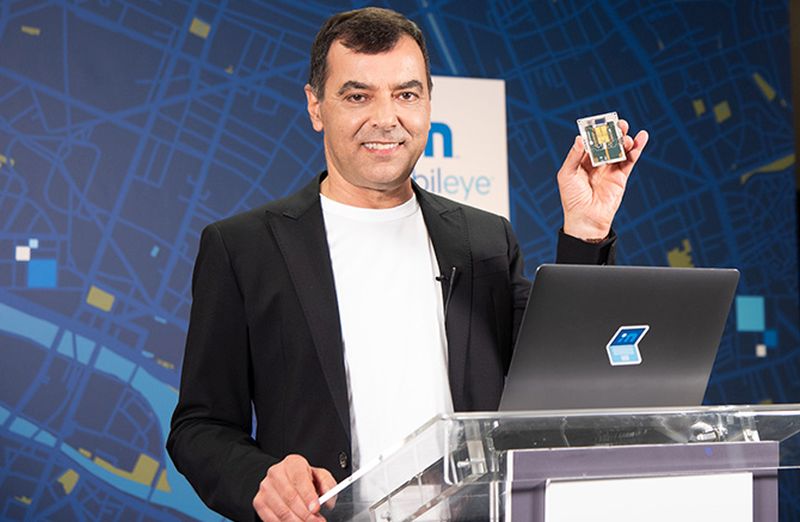 DETROIT: Mobileye NV is using the chip-making prowess of parent Intel Corp. to build laser sensors it says will make self-driving cars cheap enough to sell to retail buyers by 2025.

The Jerusalem-based company, which was acquired by Intel in 2017, has about 80% of the global market for advanced driver-assistance vision systems. It’s trying to parlay its dominance in camera-based car technology into a full self-driving sensor suite, including radar and costly laser sensors known as lidar that Mobileye aims to manufacture in-house using an Intel silicon chip.

Cameras and software the Intel division makes currently power car features that help drivers overcome blindspots or stay in their lanes. The company has been growing quickly, and its technology is among the most widely-deployed in fledgling efforts to shift the auto industry to autonomous vehicles.

But it’s still a very small part of Intel, which had annual sales of US$72 billion last year.

Intel chief executive officer Bob Swan has praised the division’s efforts and cited it as example of how the chipmaker is diversifying away from a dependence on the personal-computer market. For Mobileye to make an impact on Intel overall, it’ll have to find products that can be used in tens of millions of new cars and rake in billions of dollars of revenue.

Mobileye CEO Amnon Shashua says the company is on track to do just that.

"The ultimate holy grail is that everyone can go and purchase a car and have that car be autonomy enabled,” he said in an interview with Bloomberg Television.

"That’s a dream that can come true in the 2025 time frame. We are in serious discussions with several car manufacturers to start taking this kind of technology.”

Demand for Mobileye’s software-on-a-chip system has exploded as carmakers add more cameras to vehicles for advanced features such as pedestrian detection. automakers from General Motors Co. to BMW AG to Nissan Motor Co. rely on Mobileye tech for advanced driver-assist features, like Nissan’s ProPilot or GM’s Super Cruise, according to Sam Abuelsamid, principal analyst with Guidehouse Insights, a research company.

But Abuelsamid questions the idea that so-called level four technology — which allows automated driving in limited areas — is only four years away from showing up in car-dealer showrooms.

"We’ll see some level four stuff in that same time frame, but it’s going to be fairly limited,” he said. The capability "for consumer use is still going to be more limited to things like long-distance highway driving” on high-end vehicles.

Mobileye sees a business for full self-driving tech as soon as 2022, when it plans to sell its first level-four systems to commercial robotaxi operators and install it in its own fleet of driverless vehicles.

The company has an agreement with Volkswagen AG and Champion Motor Group Inc. to deploy robotaxis in Tel Aviv.

For that system, it will use lidar from Luminar Technologies Inc., which went public in a US$3.4-billion reverse merger last month.

Instead, Mobileye envisions using a different laser tech still under development called FMCW, which stands for frequency modulated continuous wave. Proponents claim this is more accurate because it can capture the speed of an object as well as its distance from the car.

"You combine all this together, and now we’re talking about a self-driving system that is at a cost level that would fit into a vehicle that you and I could afford,” he said.

Not everyone believes FMCW is the best lidar option for self-driving systems. automotive tech supplier Aptiv Plc, for example, is taking a radar-centric approach that can use other types of lidar to achieve competitive performance and cost, it has said.

"I don’t think we know yet what the best solution is, I think it’s too early to tell,” said Abuelsamid. "There’s some other stuff out there that shows real potential as well that might be ready sooner.”