Managing the power will be a more robust eight-speed transmission that sends the "twist" to the third-generation Dana 44 axles with a Selec-Track full-time two-speed transfer case with a 3.73 gear ratio and electric front and rear axle lockers.

Even with the larger 37-inch mud-terrain tyres on 17-inch beadlock wheels designed to hold on to the tyres at low pressures and steel lateral angles, 0 to 100kph sprints can be completed in almost five seconds before it gets on more questionable terrain.

There, the Jeep Performance Parts 2.0-inch suspension lift-kit from Mopar as well as the new aluminium monotube Fox shock absorbers deal with the abuse.

With the lift-kit, it's new ride height now stands at 337mm which means it'll wade through up to 864mm of water and has improved approach (51.6 degrees), breakover (29.5 degrees) and departure angles (40.1 degrees).

Other than the uprated performance and suspension components, Jeep has also looked to upgrade the engine mounts, beefed up the frame and added on some protection in the form of rock rails, steel bumpers with a Warn winch, and a steel belly pan.

It will also feature a performance-oriented front hood, custom half doors and Wrangler's Sky One-touch powertop with removable side panels to let the cabin's Red Rock leather seats with gold stitching and performance steering wheel grab all the attention.

Unfortunately, it's still just a concept with no word as to when it might be sent into series production, so for the meantime, keep those fingers and toes crossed. 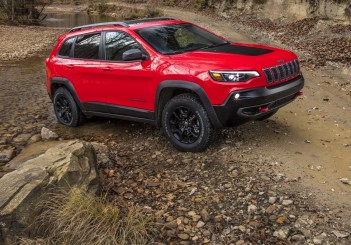 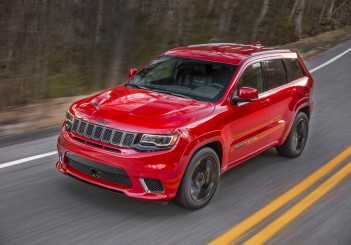