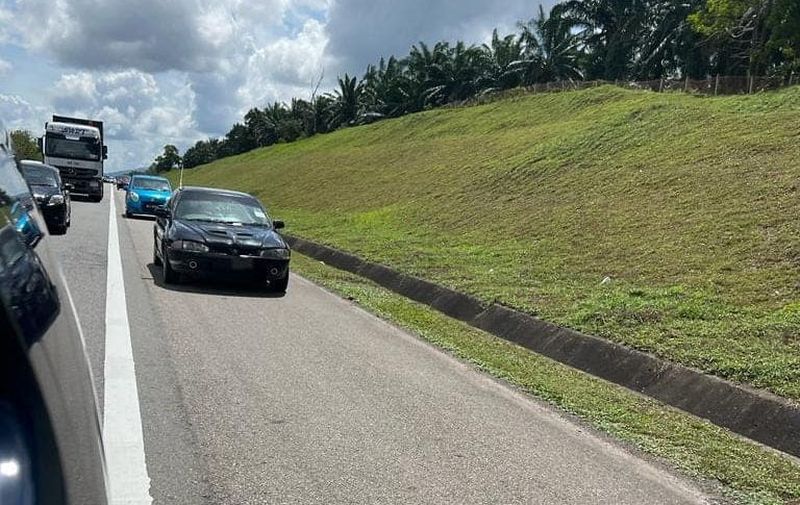 KUALA LUMPUR: More than 100 vehicles were spotted and recorded driving on the emergency lane along the North-South Expressway from Johor Baru to Putrajaya in a four-hour period between 10am and 2pm Saturday (Jan 21).

The Road Transport Department (JPJ), in a statement on its official Facebook account, said the offence was detected during the special traffic operation implemented on all highways nationwide for the Chinese New Year 2023 period.

"The JPJ wants to emphasise that this offence (driving on the emergency lane) is among the seven offences that will not be compoundable but will land you straight in court," the statement read.

The seven offences are queue-jumping; overtaking on double lines; beating the red light; speeding; using a handphone while driving; not using a seat belt or helmet; and driving on the emergency lane.

The JPJ asks the public to obey the road rules throughout this festive season to avoid congestion and causing fatal road accidents.

Complaints on traffic offences can be channelled through e-Aduan@jpj on the MyJPJ application or email aduantrafik@jpj.gov.my.