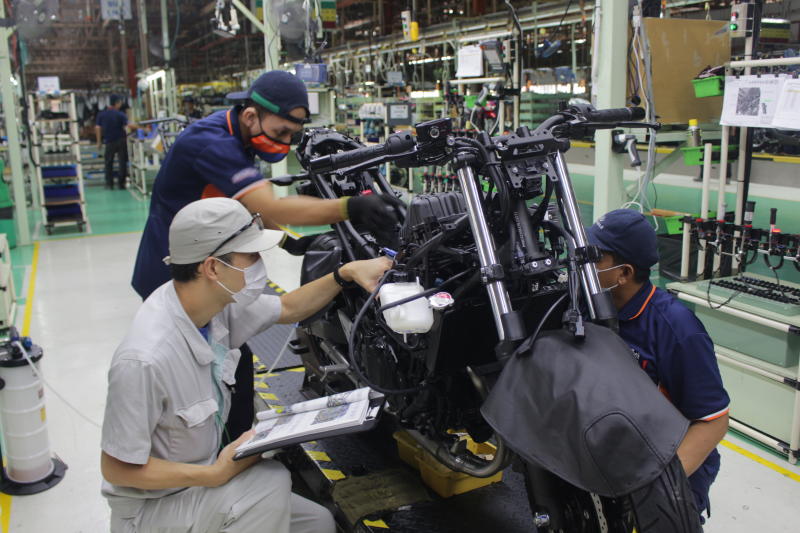 GURUN: Kawasaki is re-establishing its presence in the Malaysian market through its partner Modenas following two years of uncertainty for bike owners on the brand status and aftersales service position, those involving warranties in particular.

This happened due to Kawasaki terminating the services of the previous distributor two years ago as it wanted to be more directly involved in the Malaysian market.

Its link with Modenas was already firmly established since the late 1990s as the popular Modenas underbone models Kriss is based on Kawasaki models with a high percentage of local content. 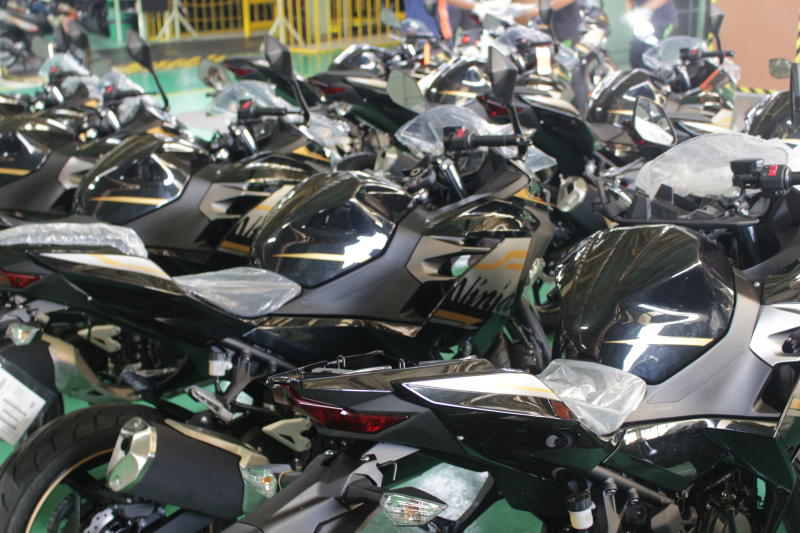 Additionally, Kawasaki has a 19% share in Modenas and this was increased to 30% earlier in the year, with the possibility of a further increase in stake up to 48% in the near future.

With Modenas being the third best seller in the Malaysian motorcycle market (first five months sales of more than 31,200 bikes), Kawasaki obviously saw the potential of strong and continuous local motorcycle market demand for its underbone models all the way up to big engine capacity touring and sport models.

Before Kawasaki could take firm steps to implement new distribution strategies in 2020, the pandemic struck leaving Kawasaki and its customers in a kind of limbo over motorcycle servicing, warranty and spare parts. 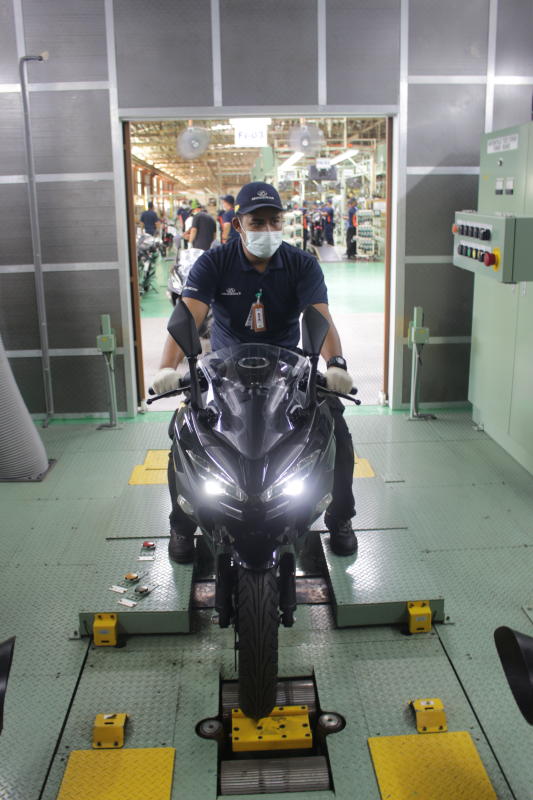 Since the beginning of 2022, Kawasaki quickly got down to be more involved in the market by upping its stake in Modenas and appointing it as the official distributor of its range, both in Modenas and Kawasaki brand names.

It then went about establishing a new dealer network with Modenas that comprises two main channels: Kawasaki Shop and Kawasaki Station.

The former is an exclusive one that only sells the Kawasaki motorcycle range while the second network consists of multi-brand dealers who also promotes the Kawasaki range.

Together, they add up to 20 service dealers for Kawasaki owners and this number would be doubled to 40 in 2023. 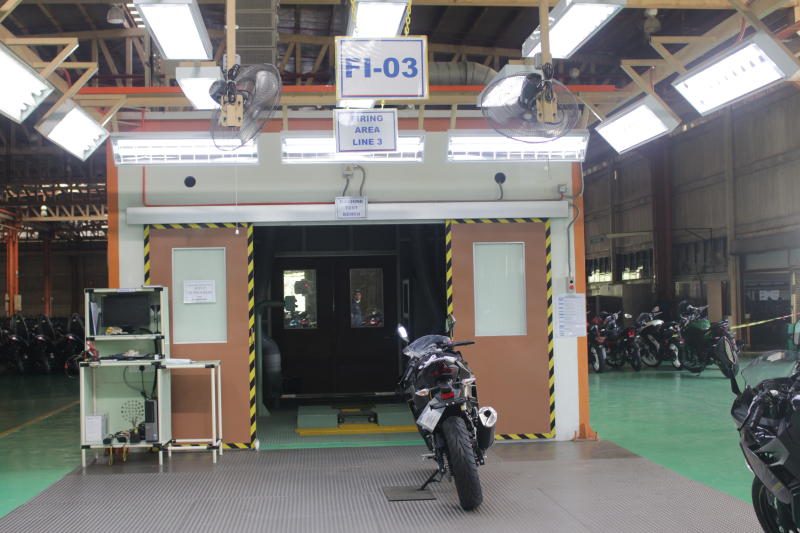 With Kawasaki taking a greater stake in Modenas, new assembly lines were set up to put together the Kawasaki range targeted at the growing Malaysian market.

A recent visit to the sprawling Modenas factory in Gurun, Kedah gave us an insight into the initial assembly of the new product that would spearhead Kawasaki’s concerted comeback.

This is the two-cylinder four-stroke Ninja 250 and Z250, both with ABS (anti-lock brake system) and non-ABS models, that would be launched by the end of July.

Currently, the parts are all brought in from Kawasaki Thailand and would carry the Kawasaki brand name initially. 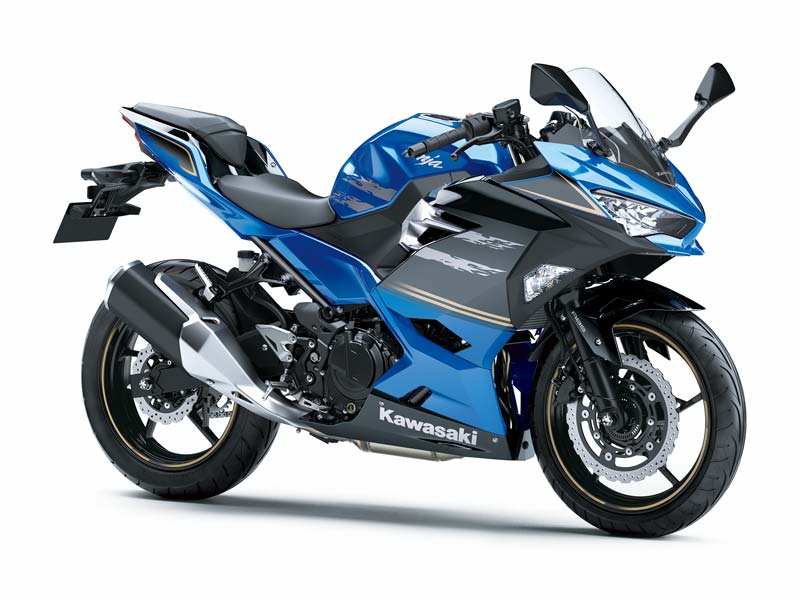 Kawasaki-Modenas would work towards 33% local content later in the year and this newly assembled range would carry the Modenas name subsequently.

As part of the quality assembly procedure, a special dyno test machine was brought in from Japan.

Unlike the existing one at the factory for the Modenas underbones that test the newly built machine on the rear wheel, this unique dyno test machine conducts tests on both the front and rear wheels. 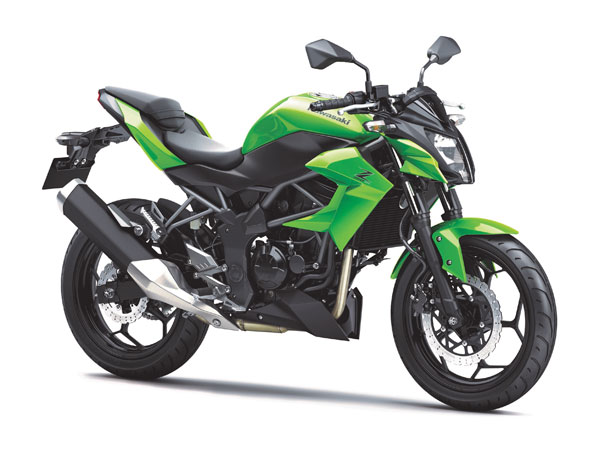 Apparently, Kawasaki is the only motorcycle manufacturer in Japan to use such a dyno test machine and its instalment in the Modenas factory make it the first in the Asean region to have such an equipment.

The Ninja 250 and Z250 range would be followed up towards year end by the local assembly of the popular Vulcan S 650, which would also carry the Modenas name badge.

As there are lots of room for expansion at the Modenas factory, plans are already afoot to set up more assembly lines alongside that for the Ninja and Z250 to put together the expanding Kawasaki range to come. 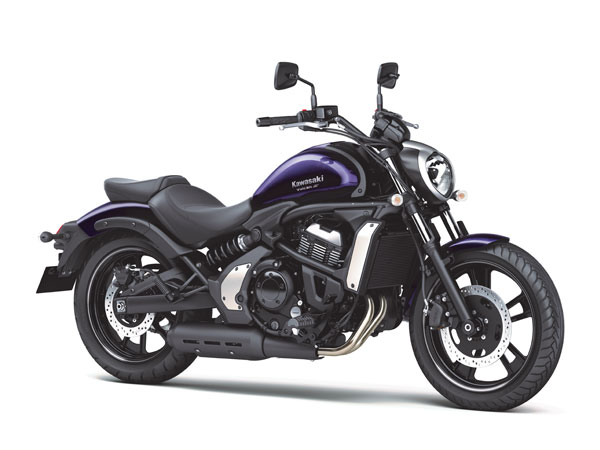 For models above 650cc, Kawasaki would offer them as imported motorcycles and Modenas would again serve as distributor for the CBU range.

Kawasaki buffs would be interested to know that the mouth-watering CBU range includes the Ninja ZX10R, Z900RS, Ninja 1000SX and Versys 1000.

As far as the motorcycle prices are concerned, Modenas CEO Roslan Roskan says their joint intention is to offer highly interesting and appealing models at ‘affordable’ prices.

For sure, that inference means the CKD models would carry prices that are lower than the imported ones made available previously.

Another attractive note for Kawasaki fans is that there is also the possibility of a Super Moped model in the comeback strategy in time to come, probably in 2023 along with other exciting models if all goes to plan.