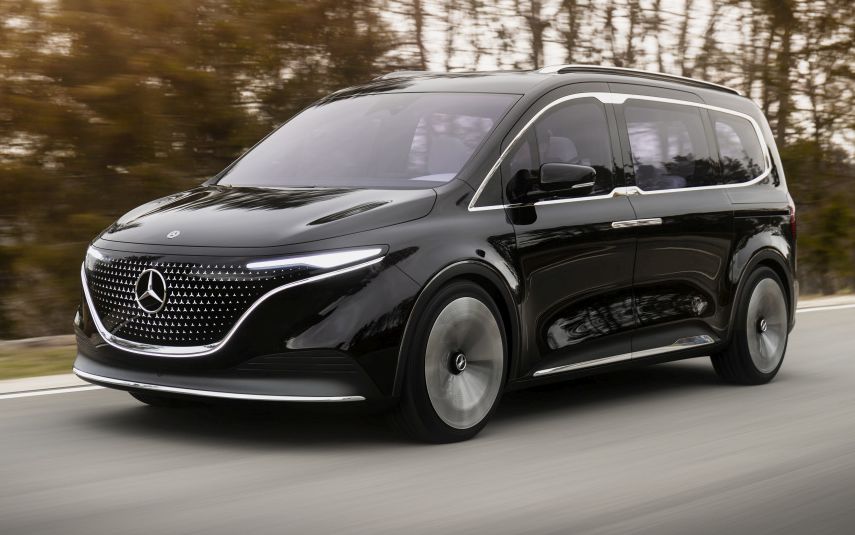 FRANKFURT: Mercedes is touting the prospect of an electric van based on the new Citan and a near-production concept is giving a clear look at the planned EQT, set to go on sale at the end of 2022.

Mercedes is significantly expanding its van programme and the Stuttgart-based manufacturer announced that the EQT, related to the Renault Kangoo, will be available in several van versions.

The Citan van and the Citan Tourer van derivative will be launched at the end of 2021. In addition, it will be launched as the T-Class, refined with diesels and petrol engines. Finally as the EQT, the van will be purely electric. However, the T-Class will not go on sale until the beginning of 2022 and the electric version is expected at the end of 2022.

Mercedes is now giving a first preview of this electric family van with the Concept EQT study, which is close to series production and is only varies in a few design details and choice of materials.

Like all EQ models, the car has a smooth grille and a continuous light band at the rear, is 4.95 metres long and will be offered for the first time with three rows of seats. These are to be comfortably accessible through two large sliding doors. Alternatively, the EQT will also be available as a five-seater with a short wheelbase and a length of around 4.70 metres, Mercedes adds.

Although technically closely related to the Kangoo, Mercedes wants the Citan, T-Class and EQT to be more independent than before. This applies above all to the interior and equipment, according to the developers. They point to the steering wheel from the A-Class, independent seats and above all the MBUX infotainment system.

Mercedes has not yet made any official statements about the drive system, but is promising a range of almost 300km for the electric version of the Kangoo, and since the engine and battery will be identical, this value should also apply to the EQT.