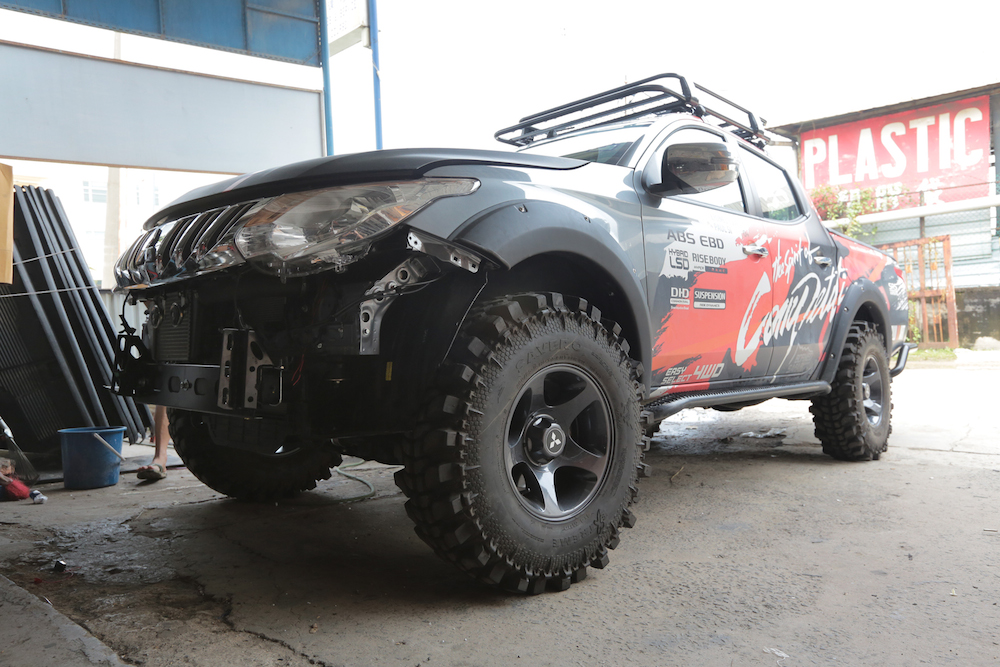 KOTA KINABALU: The new Mitsubishi Triton will be taking part in the Oct 25-Nov 1 Borneo Safari.

Distributor Mitsubishi Motors Malaysia will be entering the top Triton Adventure version as a corporate vehicle with minimal modifications.

The pick-up truck is sold in a choice of five variants that are priced from around RM69,000 to the top of the line Triton Adventure variant that’s priced at RM108,274 (prices in Peninsula Malaysia).

The Triton is outfitted with compulsory equipment, including a strong bullbar in front, reinforced rear bumpers, a Warn winch with 9,000-pound pulling capacity and GT Radial Komodo 35” tyres. 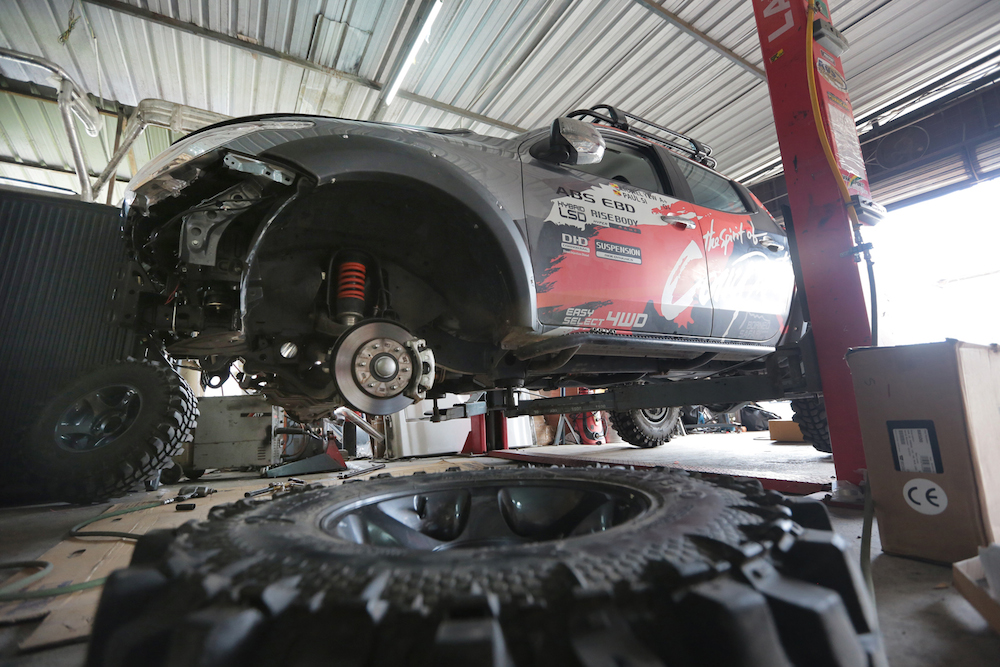 The Triton being prepared for the off road expedition. Minimal modifications are being done to the truck.

“Other than that, we want to show that the standard Triton, as it left the showroom floor, is capable of handling tough terrain. If it looks kind of ordinary compared to the other monsters at the flag-off ... well, looking ordinary is actually the whole point,” said Borneo Safari veteran Paul Si.

The Triton will be piloted by Si and Lionel Yew from Selangor.

An improved 2.5-litre 4-cylinder diesel engine with an intercooled Variable Geometry Turbo (VGT) promises high performance with high fuel economy. It produces 178 PS of power at 4,000rpm and 400Nm of torque at 2,000rpm - 50Nm more than before.

The Borneo Safari will flag off at 9.30am from the Sabah Tourism Board building in Jalan Gaya here with 300 participants. The convoy will then proceed to Penampang for the opening Prologue Special Stages.

Over the next few days, the participants will split into several groups and proceed to various camp sites, including Kampung Sungi and Kampung Tingkolod before tackling the hardcore stretches in the Rundum and Lagud Seberang area in the southwest region of Sabah.

The convoys will then regroup in Tenom town before returning to Kota Kinabalu after eight days on the trails.

Borneo Safari is one of the world's toughest 4X4 expeditions and is now in its 25th year of existence.