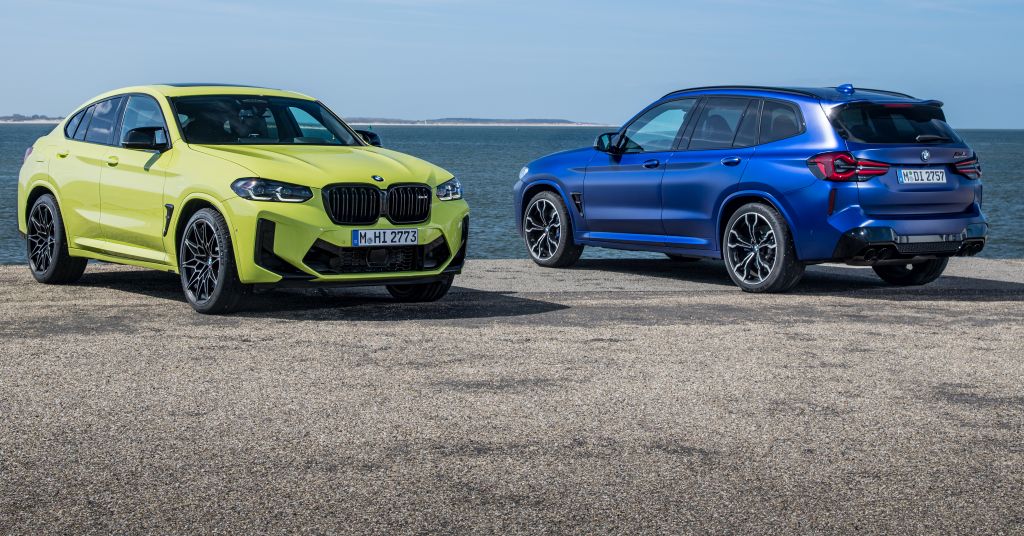 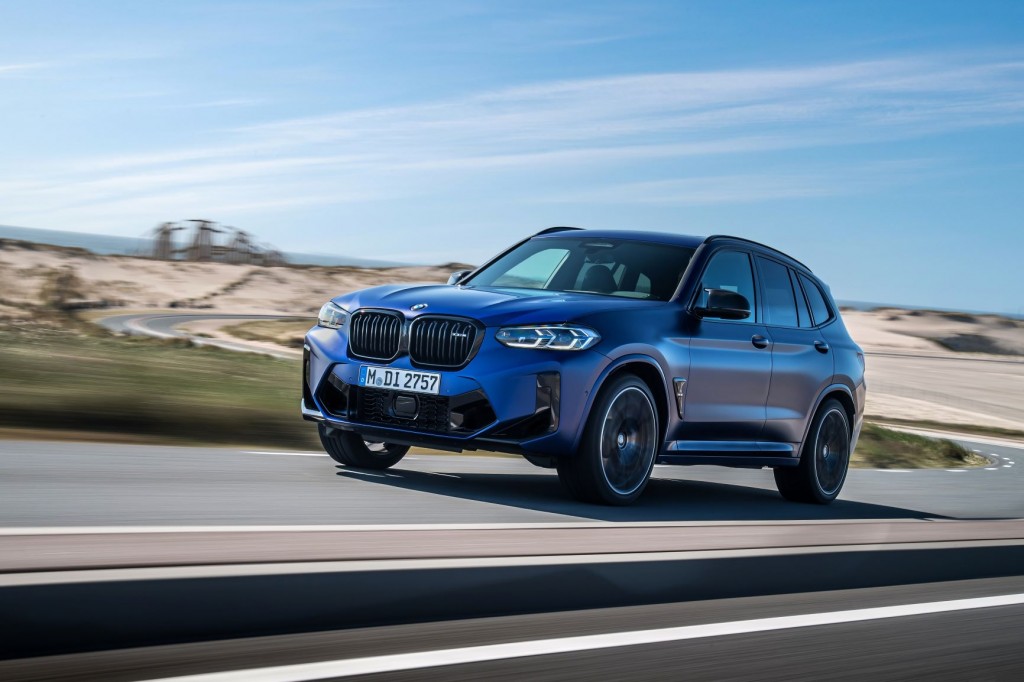 Delivering 510hp and 650Nm of torque, both the X3 M Competition and X4 M Competition can sprint from 0 to 100kph in 3.8 seconds – an improvement of 0.3 seconds compared to their predecessors and putting them on a par with high-performance sports cars.

The top speed is electronically limited at 250kph but can be bumped up to 290kph with the optional M Driver’s Package.

It also gets a racetrack-proven cooling system designed to enable an exceptionally high level of output and includes two laterally positioned radiators in addition to the central one. 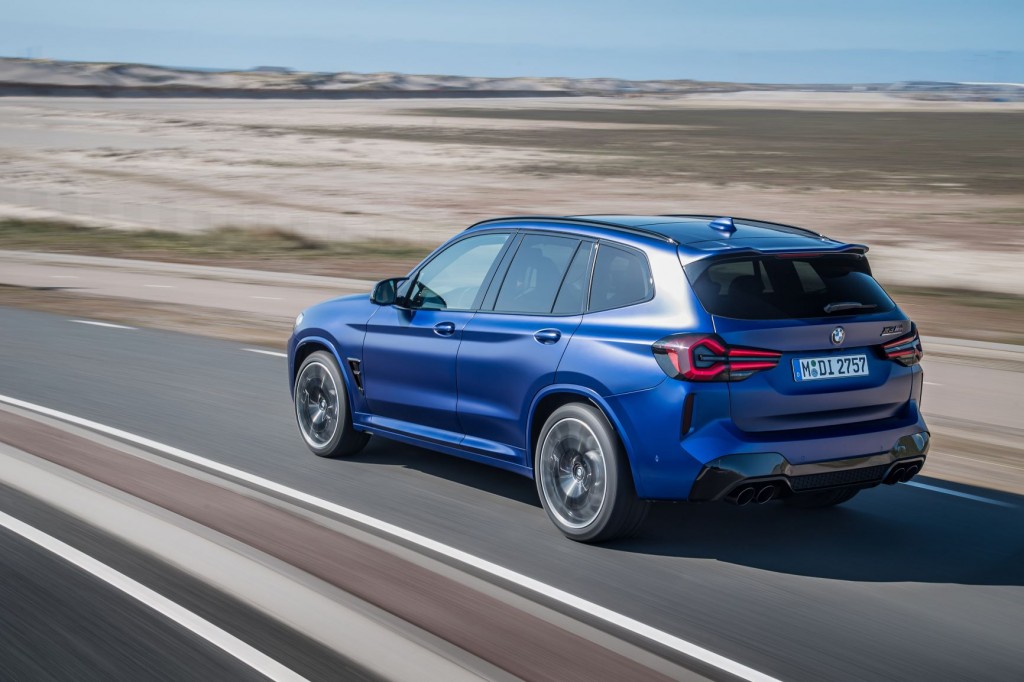 There is also an additional engine-oil cooler and a separate transmission-oil cooler.

Power is transmitted to the rear wheels via an 8‑speed M Steptronic transmission with Drivelogic.

In addition to fully automatic gear changes, it also enables manual shifting with sequential selection of the drive position.

The M xDrive all-wheel drive system also contributes to the agility, combining the traction benefits of power transmission to all four wheels with the proven dynamic qualities of classic rear-wheel drive. 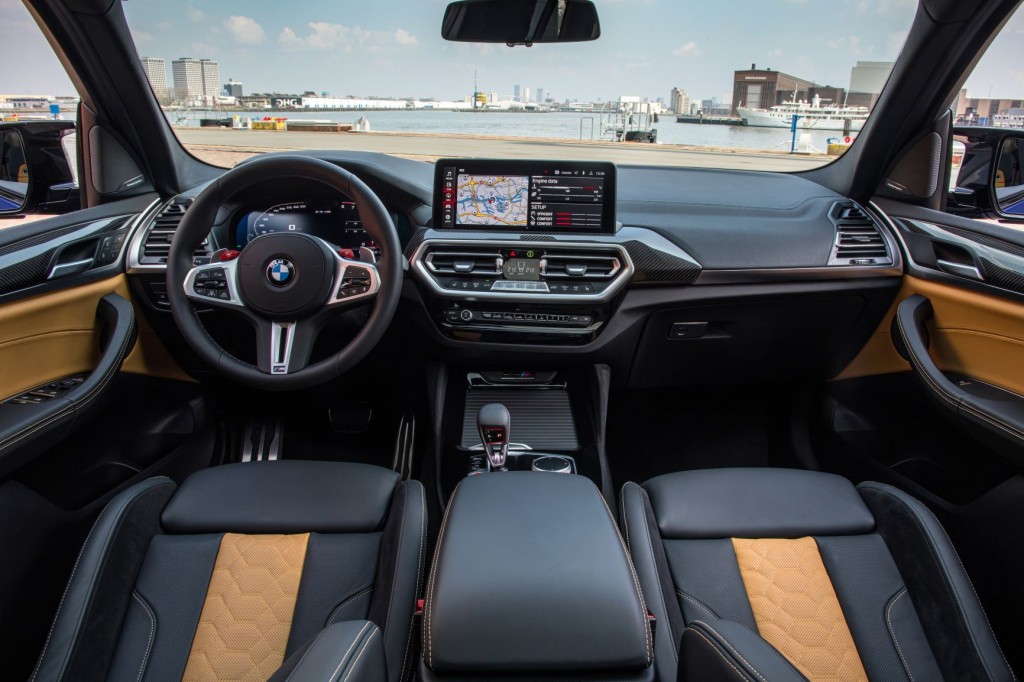 The electronically controlled M xDrive – which is networked with the DSC (Dynamic Stability Control) system – will only direct part of the drive torque to the front axle when the rear wheels reach the limits of their power transmission capabilities.

At the touch of a button, the driver can dictate not only how the driving stability control works but also the distribution of drive torque between the front and rear wheels.

The damping forces are ideally suited to cope with every situation on the road and set individually for each wheel at continuously varying levels by interior electromagnetically controlled valves. 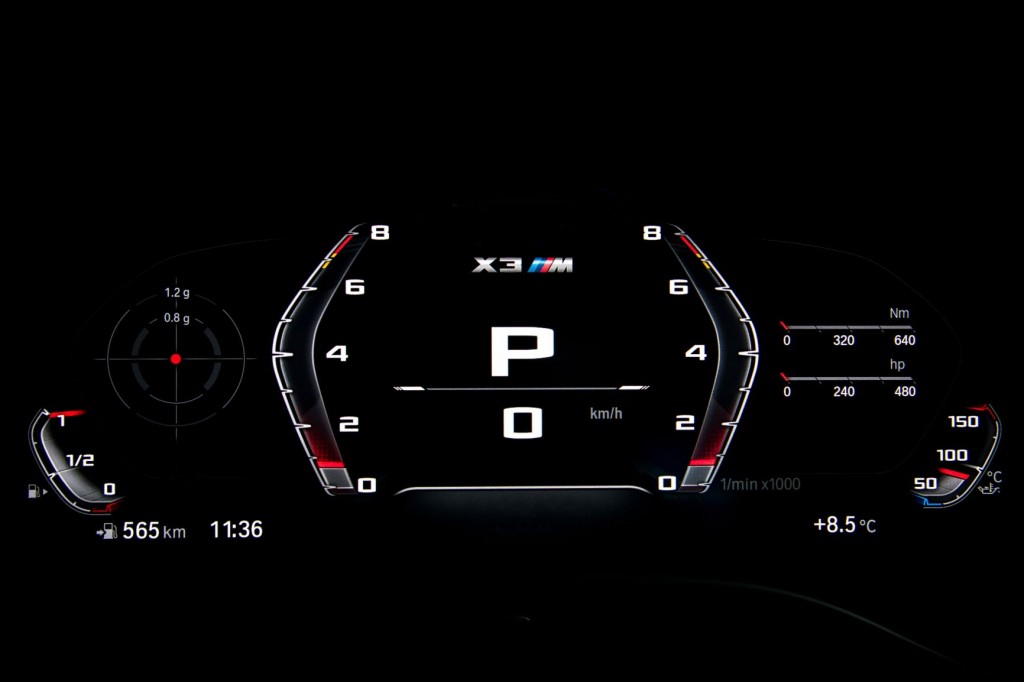 The electromechanical M Servotronic steering and DSC also contribute to the typical M driving experience where M Dynamic Mode allows additional wheel slip to generate the self-steering response that is typical of M, enabling controlled drift manoeuvres when used on the race track.

The highly efficient standard M compound brake system comes with M logo and are finished in blue as standard or in high-gloss black or red on request. 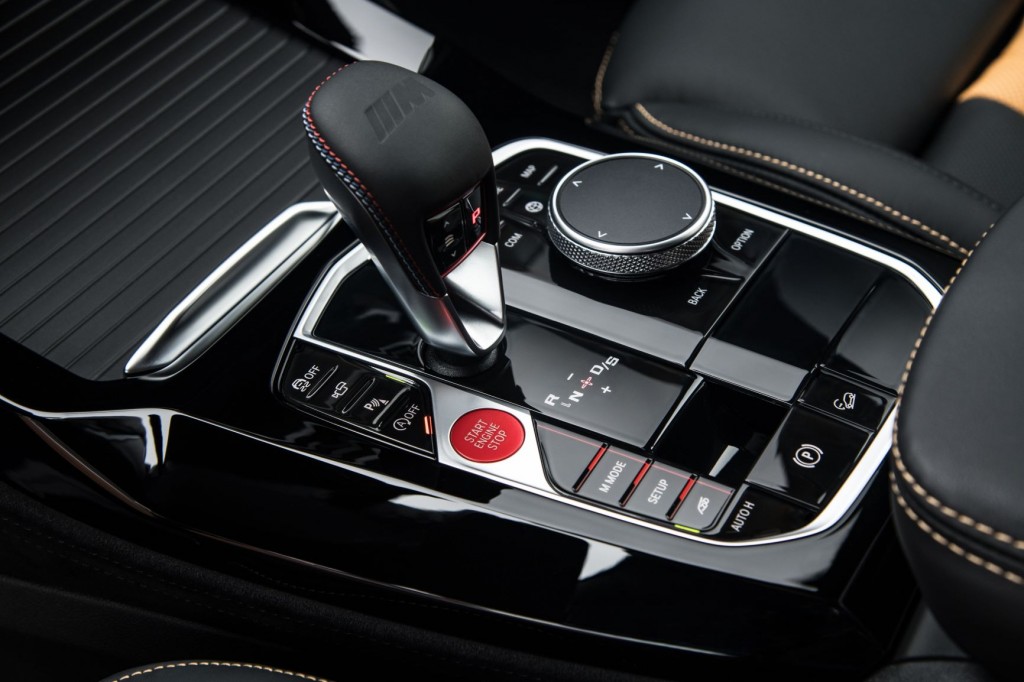 Both vehicles also get the enlarged BMW kidney grille with a one-piece frame and headlights that are around 10mm flatter.

A black bar which houses the front-facing iCam lens provides visual separation of the BMW kidney grille, the frame of which is also finished in high-gloss black, as are the M double kidney bars. 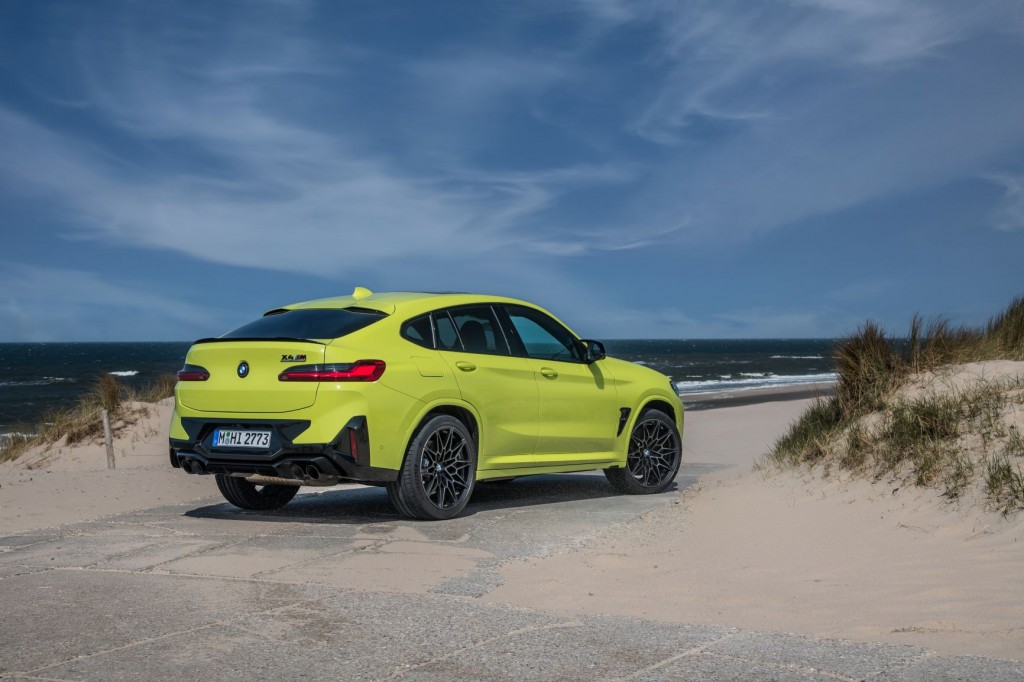 In addition to the standard adaptive LED headlights with Matrix function, BMW Laser Light with a range of up to 650m is now also available as an optional extra.

The X3 M Competition gets the full LED rear lights of the refreshed X3 with a black surround and narrower illuminated graphics.

The lower section of the rear apron is M specific and finished in high-gloss black while the large diffuser is flanked by the tailpipe pairs of the M sports exhaust system, which are finished in black chrome. 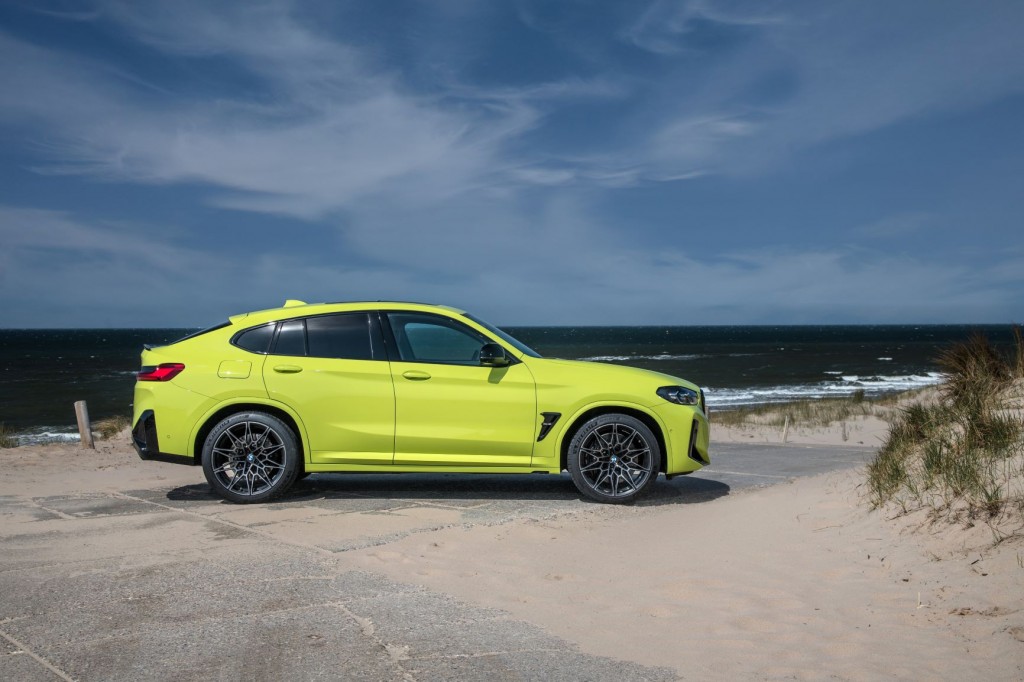 Meanwhile, the X4 M Competition's rear apron features a wide insert in the shape of a large anvil.

Like the lateral air‑curtain‑panels, which also accommodate the new vertical reflectors, this is finished in high-gloss black.

The two pairs of tailpipes in black chrome also frame the diffuser on the X4 M Competition. 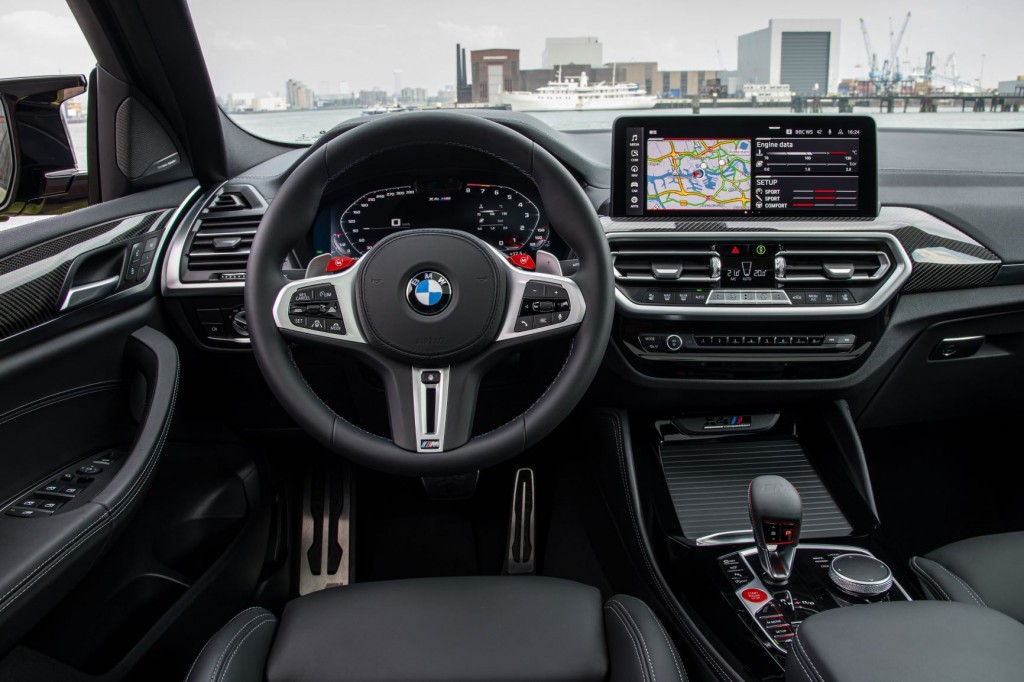 The air vents have new galvanised trim and the interior trims are now finished in carbon fibre as standard. 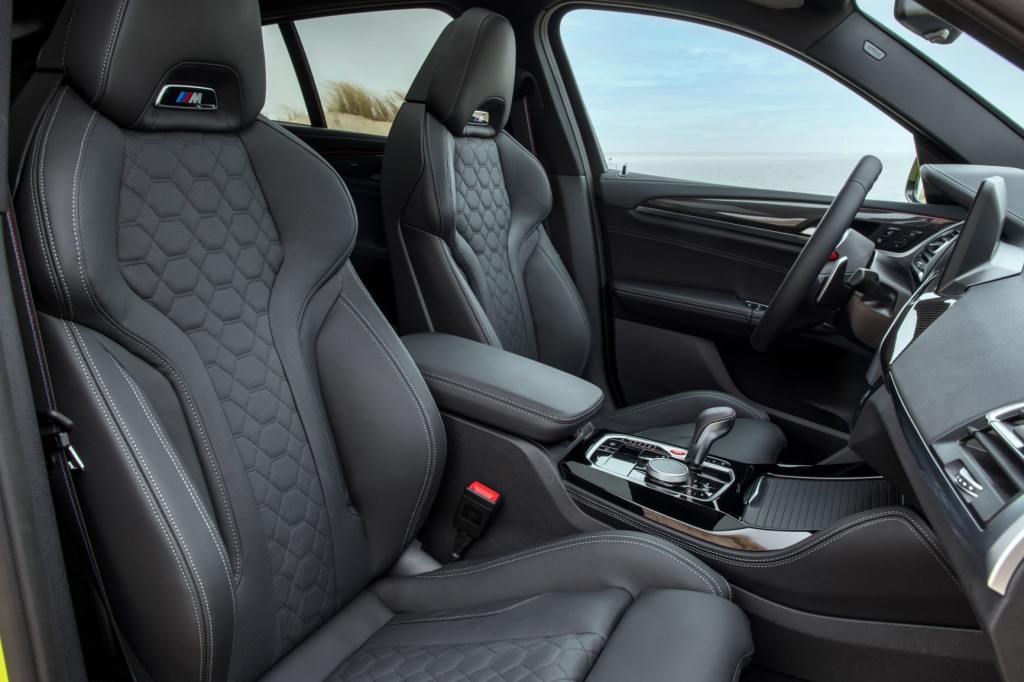 Their optimised smartphone integration now allows Android Auto to be used with the vehicle’s operating system, in addition to Apple CarPlay.

The 3D environment visualisation in the instrument cluster provides an overview of which Driving Assistant Professional assistance systems are activated and what functions they offer. 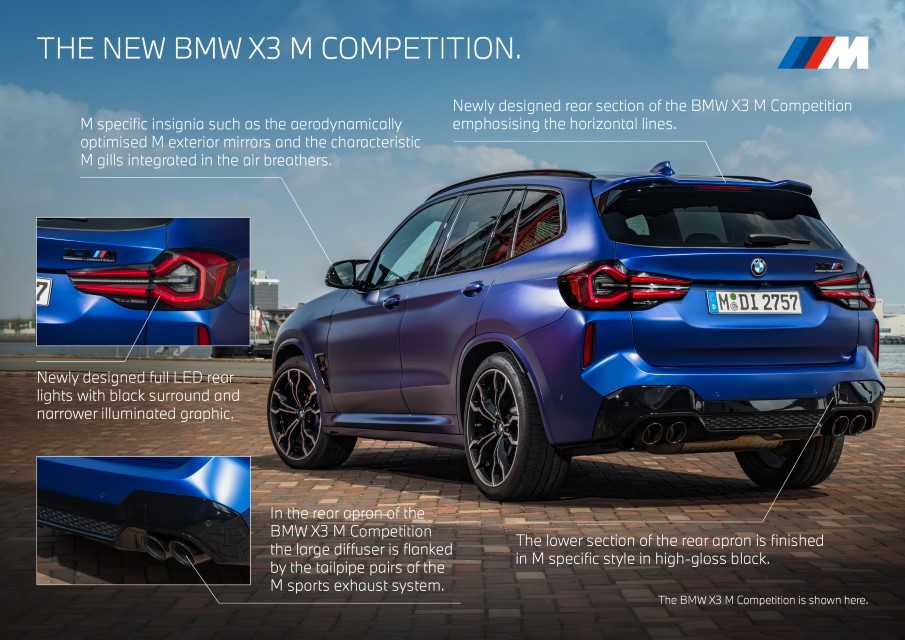 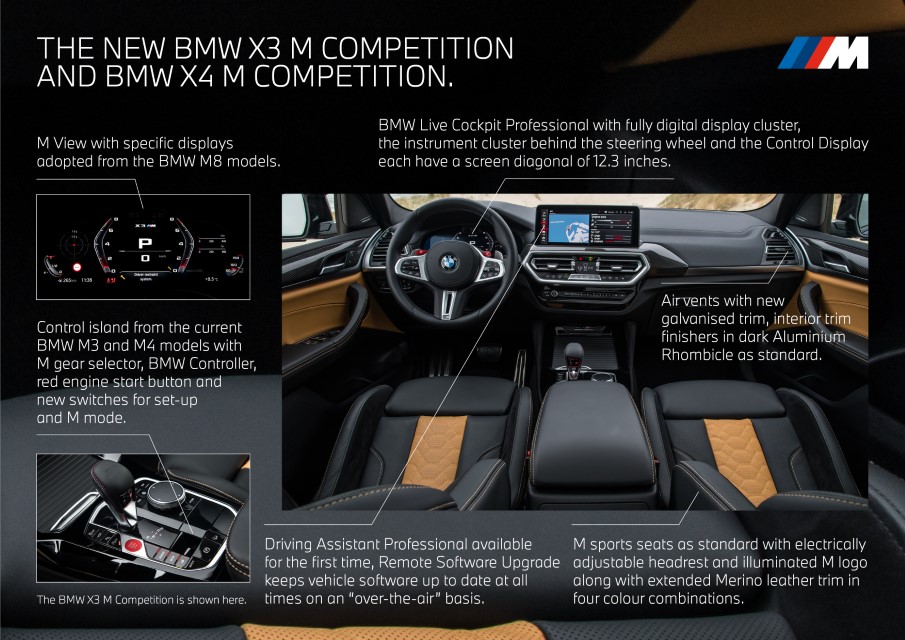 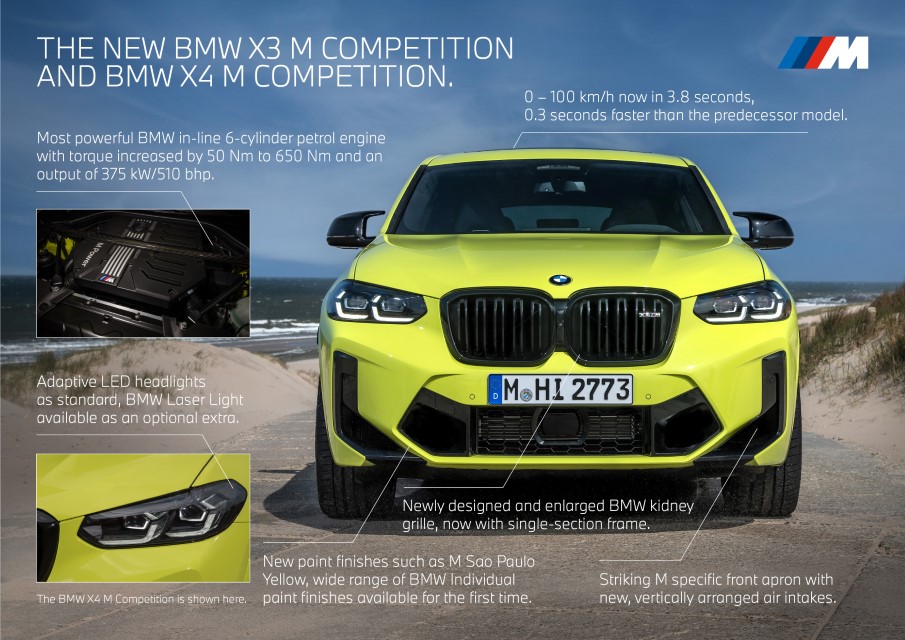 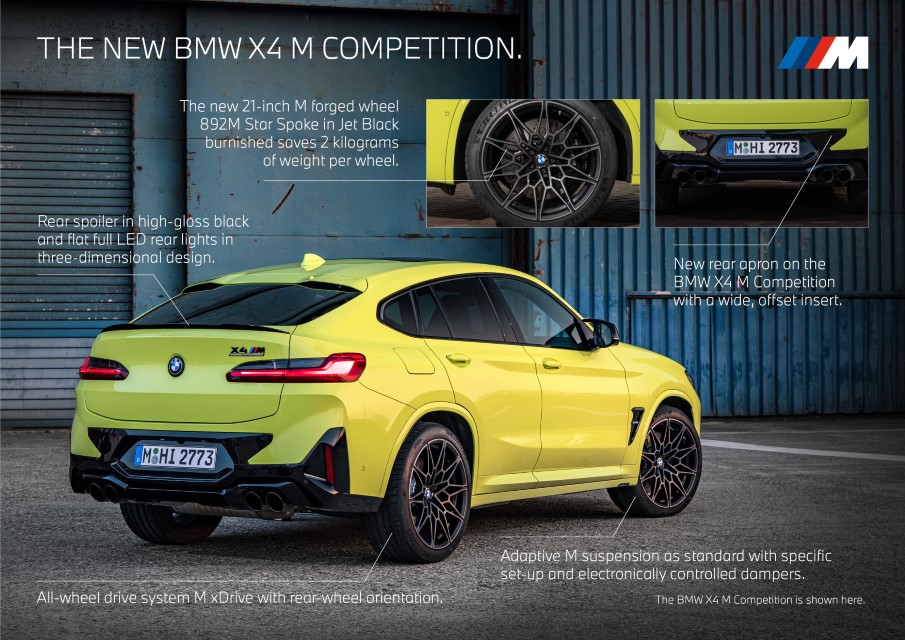