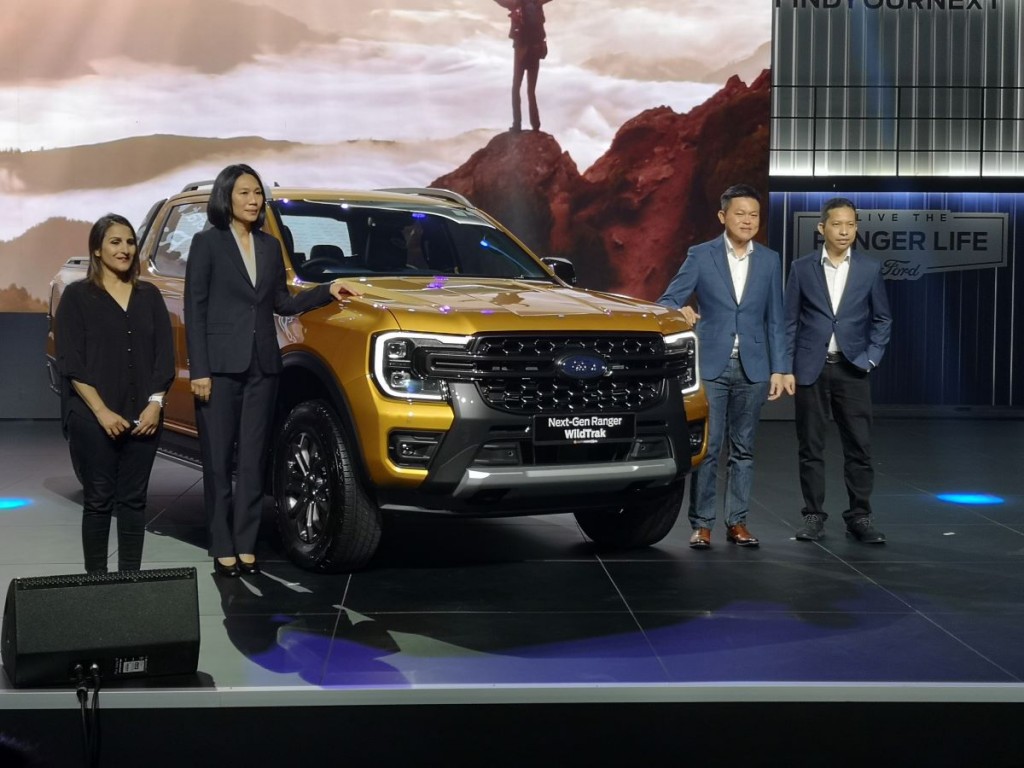 The on-the-road with insurance prices for new 4X4 line-up are: 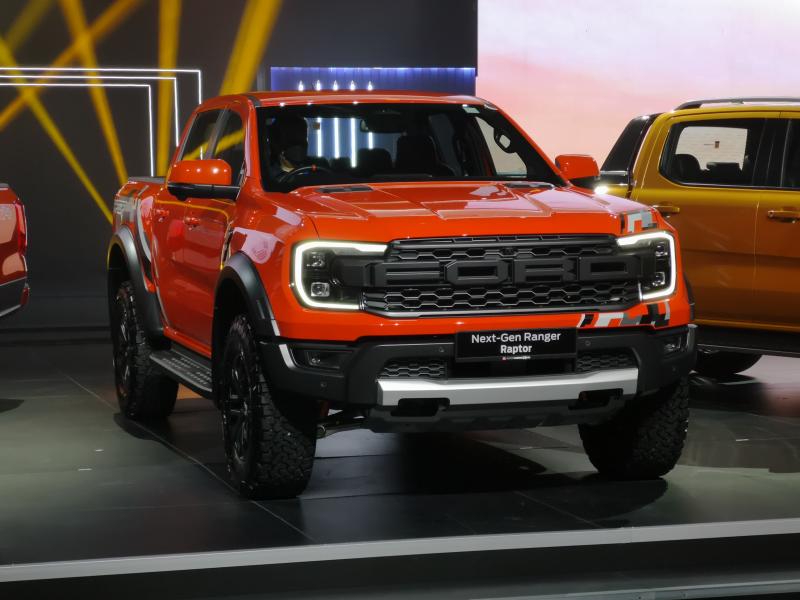 The Ranger Raptor is arriving later this year.

Also making a brief appearance at the launch today was the high-performance Ranger Raptor variant that will be launched in the fourth quarter of the year.

For the first time, the Ranger WildTrak and and XLT Plus are offered with matrix LED headlights with auto high headlamps. 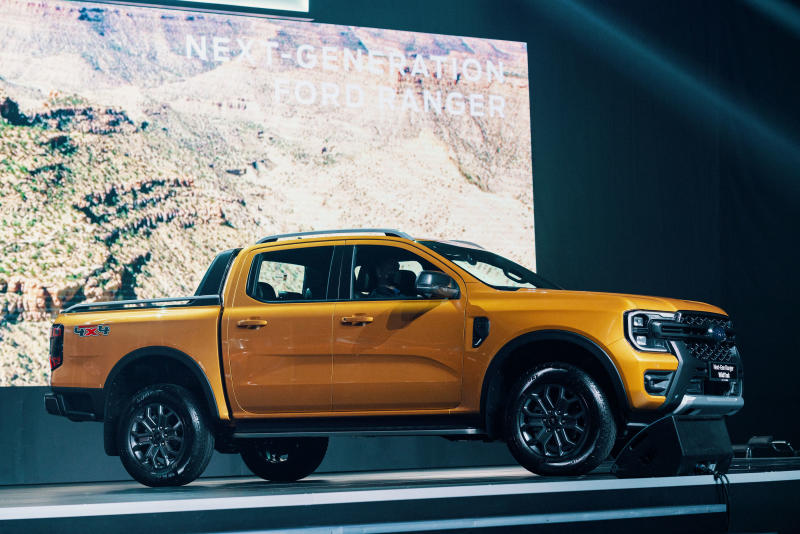 At the back, the taillights are designed in harmony with the signature graphics on the front.

Powering the WildTrak and XLT Plus is a 2.0-litre bi-turbo diesel engine with 210PS and 500Nm of torque coupled to a 10-speed automatic with SelectShift tranmsission.

The other XL and XLT variants use a 2.0-litre single turbo diesel engine with 170PS and 405Nm of torque coupled to a six-speed automatic with SelectShift or a six-speed manual transmission. 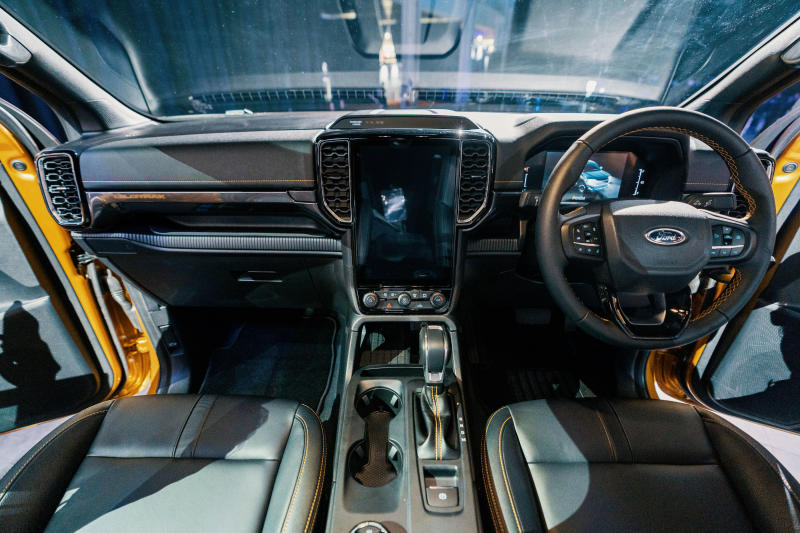 The rear suspension dampers have also been shifted outboard of the frame rails to give drivers and passengers a more controlled ride whether the Ranger is laden or not.

The Ranger's off-road recovery is also made easier with prominent dual recovery hooks in the front bumper. 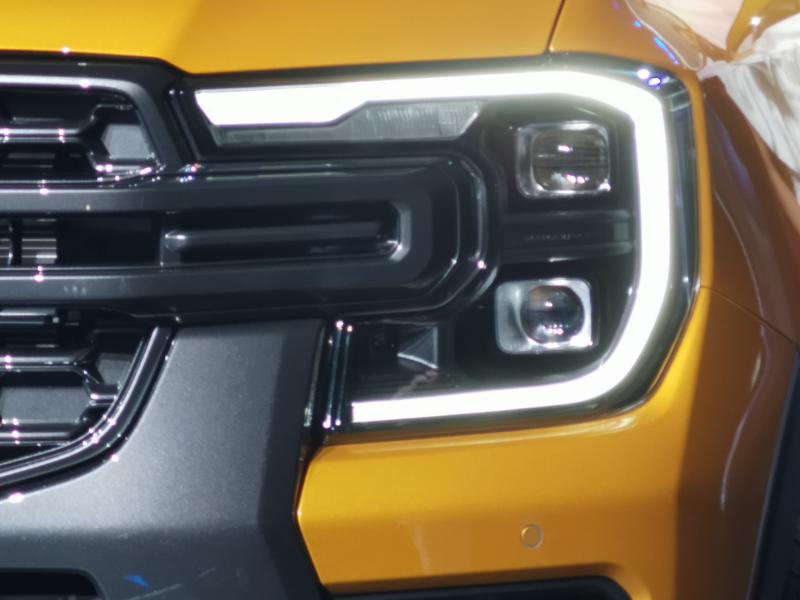 The new model also gets more drive modes than before and up to six depending on the variant.

The modes, which adjusts the Ranger's gearshift mapping, throttle response, traction and stability controls, and anti-lock braking system (ABS) among others, are Normal, Eco, Tow/Haul and Slippery for road and Mud/Ruts and Sand for off-road on the WildTrak.

Variants from the XL base to the XLT Plus are equipped with four drive modes of Normal, Eco, Tow/Haul, Slippery. 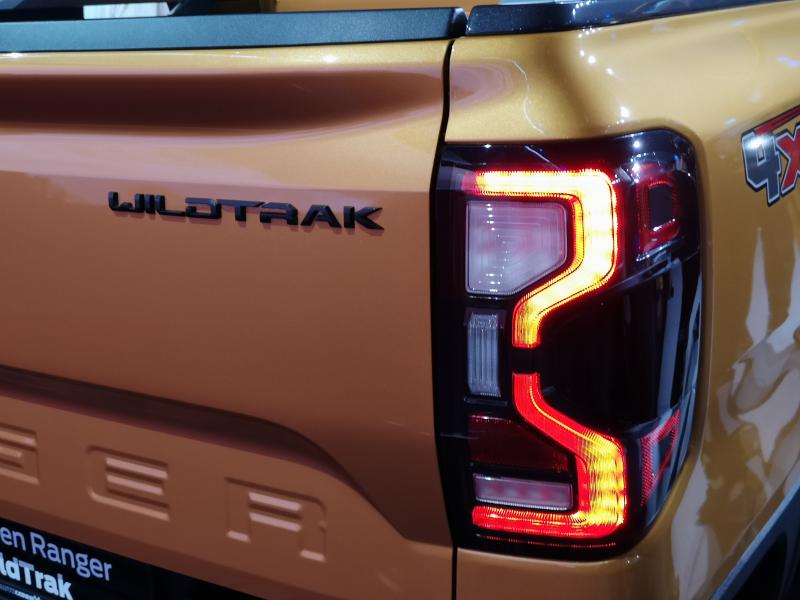 Inside, the new Ranger features a premium SUV-like feel with a modern cockpit that features a high level of well-integrated technology, clever functional storage, premium soft-touch materials and visual cues so the environment feels comfortable and spacious. 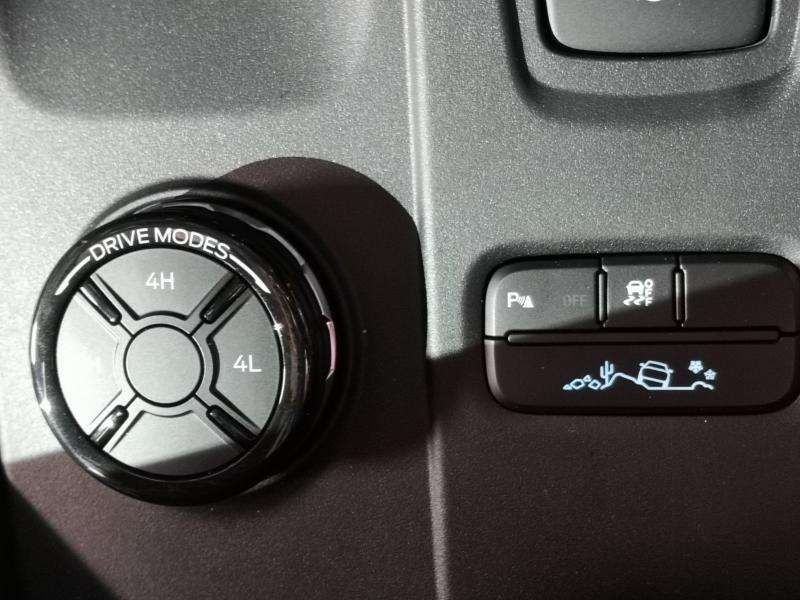 Many of the driving mode controls in the previous Ranger model have been moved from the dashboard and centre console to their own dedicated display on the SYNC screen.

With one button press, drivers can go to Ranger’s dedicated screen for all off-road and drive modes where they can monitor the driveline, steering angle, vehicle pitch and roll angles and other controls. 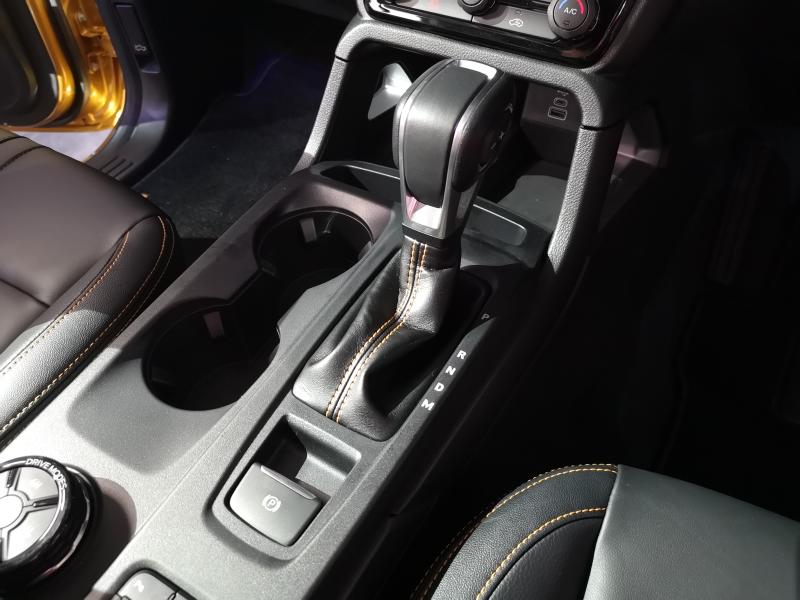 The screen is also linked to a 360-degree camera in the WildTrak to make parking a breeze in tight urban spaces or to assist when negotiating particularly tricky terrain.

Convenience features include wirelessly (on the XLT Plus and WildTrak), a large centre console bin, upper dashboard glove box, door pockets and storage bins under and behind the rear seats. 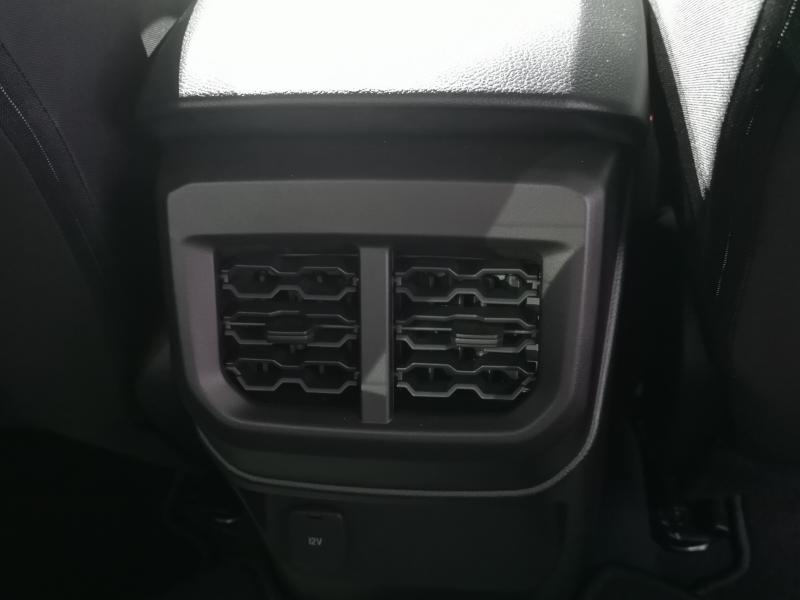 Also available for the WildTrak is the integrated side-step behind the rear tyres for easier access to the cargo bed.

The XLT Plus and WildTrak also come with a new, tough plastic-moulded bedliner to protect the truck bed from scratches and the owner's knees from kneeling on a steel truck bed. 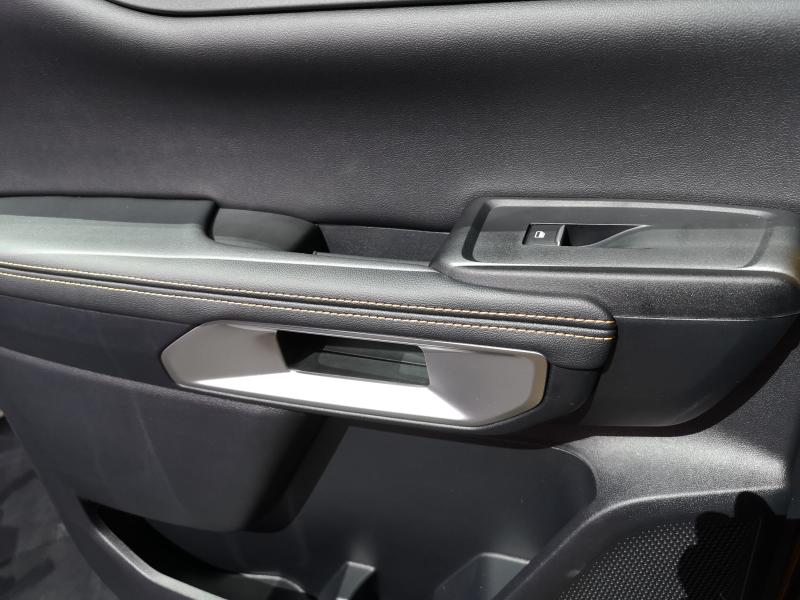 Aside from cargo tie-down points on strong steel tube rails, the Ranger also gets a new cargo management system designed with dividers to hold various sized items such as timber or toolboxes.

The new WildTrak variant also gets the segment-first Evasive Steer Assist that helps drivers avoid potential forward collisions by assisting the steering when a collision cannot be avoided by braking alone. 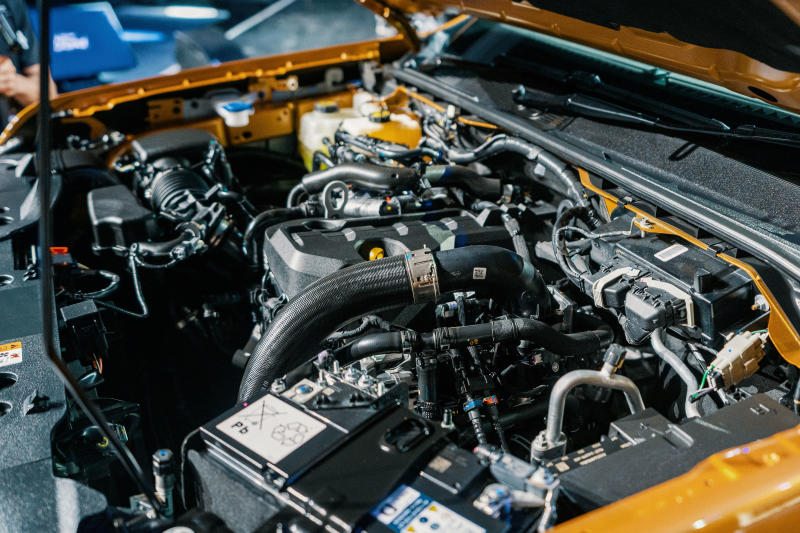 The next-generation WildTrak and XLT Plus also come with a new Post-Collision Braking system, which applies the brakes after a collision to reduce the risk of secondary collisions.

Also new are Adaptive Cruise Control with a Stop-and-Go feature, Cross Traffic Alert and Reverse Brake Assist on the WildTrak.

As part of the smart technology safety suite on the next-generation Ranger, the Automated Emergency Braking (AEB) system on the XLT Plus and WildTrak has been enhanced with cyclist and pedestrian detection in addition to providing AEB support at an intersection in some instances. 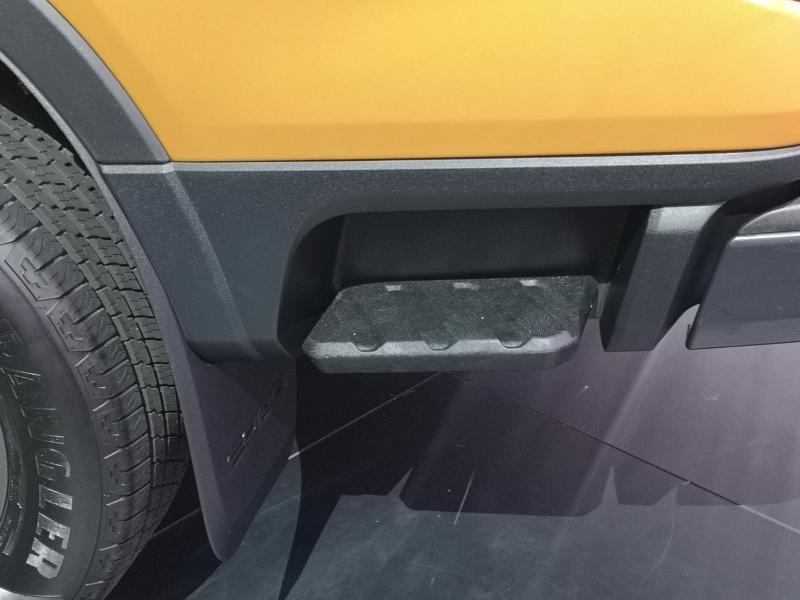 Available colours are Sedona Orange and Luxe Yellow on the WildTrak – in addition to the existing colours of Arctic White, Meteor Gray, Aluminium Metallic, Lightning Blue and Absolute Black, depending on variants.

Besides the standard five-year/160,000km warranty, customers can extend the warranty period up to seven years for more peace of mind. 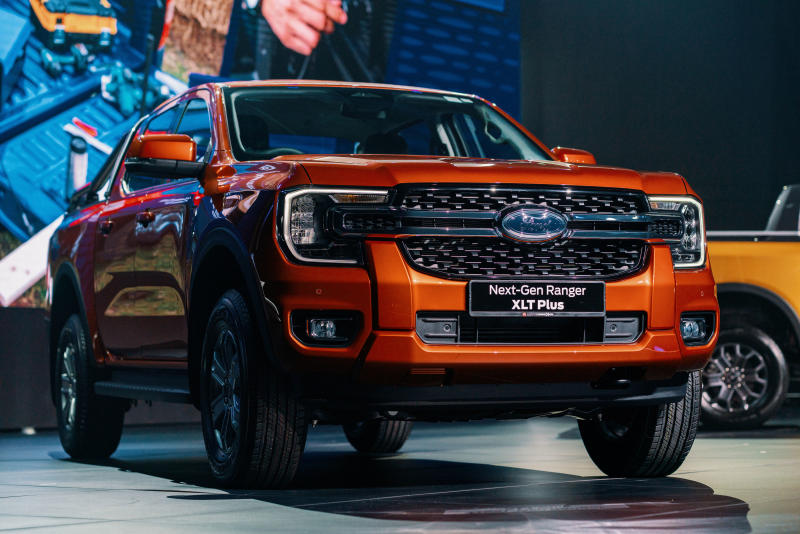 Ford Motor Co Asean and Asia Pacific Distributor Markets president Yukontorn ‘Vickie’ Wisadkosin said the Ranger had always been a trusted partner to small business owners, families, adventurers, commercial fleets and so many more in more than 180 markets around the world.

“The trend towards pick-ups for more than just work has been growing in Malaysia.

“This is especially true for the upwardly mobile and affluent who used to prefer SUVs but are now gravitating to the Ranger, particularly WildTrak, for its work capabilities, latest technologies, and premium sedan interior,” she said. 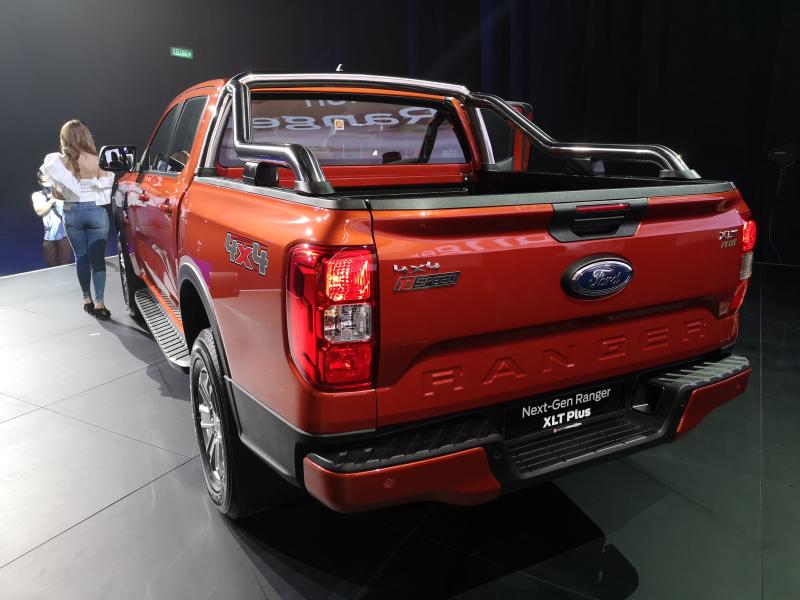 “We are confident the next-generation Ranger will fulfil the needs and wants of an even broader range of customers as an all-rounder vehicle for work, family and play,” said SDAC managing director Turse Zuhair.

Customers who purchase the next-generation Ranger will also immediately be part of the Ford Inner Circle in Malaysia – a community of like-minded individuals who enjoy pushing boundaries and exploring new horizons, contributing back to society or going for excursions like the Ford Ranger Getaways with friends and family. 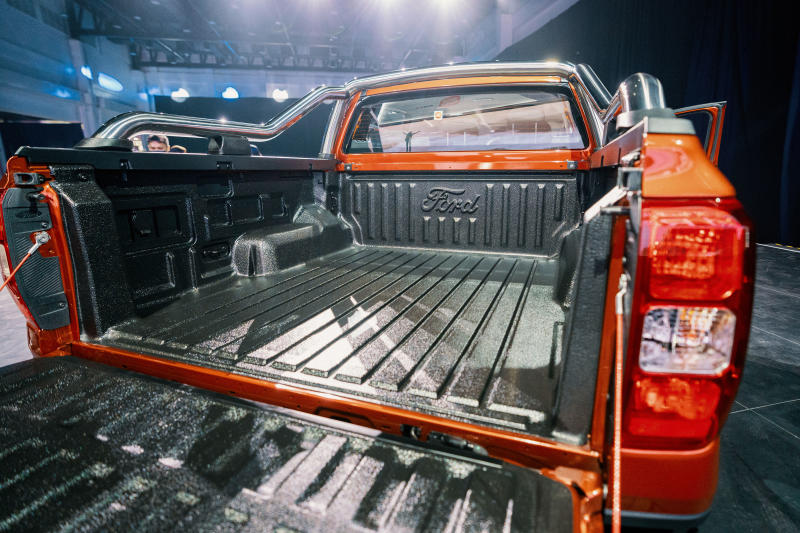 Created exclusively for the Malaysian market, new Ranger customers will receive a privilege key code which offers exclusive discounts to get them started on their Ford Ranger Getaways adventures in addition to invitations to exclusive events.

The latest Ranger is on tour at:

Fans can sign up at the “Register” page to score exclusive invitations to the debut tour at a location closest to them.