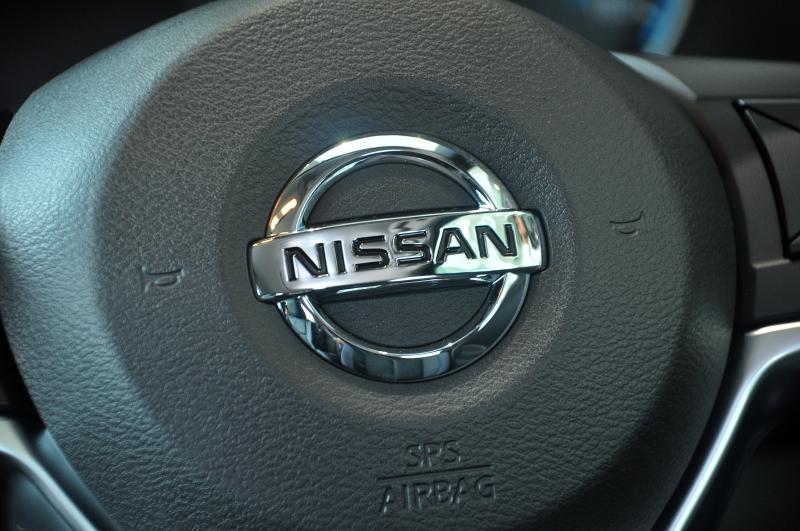 KUALA LUMPUR: Edaran Tan Chong Motor (ETCM) and Tan Chong Ekspres Auto Servis Centre (TCEAS) has added to its list of vehicles for recall to include the Navara, Grand Livina and X-Gear.

The current recall is to replace the vehicle's existing Takata airbag inflator module for the driver and front passenger at not cost to owners in terms of labour and replacement parts.

Following an investigation by Nissan Motor Co., it was found that approximately 11,971 units of its vehicles in Malaysia have been affected.

The newly minted recall specifically affects 1,326 units of the locally-assembled Navara (D40) pickup trucks manufactured from January to November 2015 and will require both driver and front passenger airbags to be replaced. 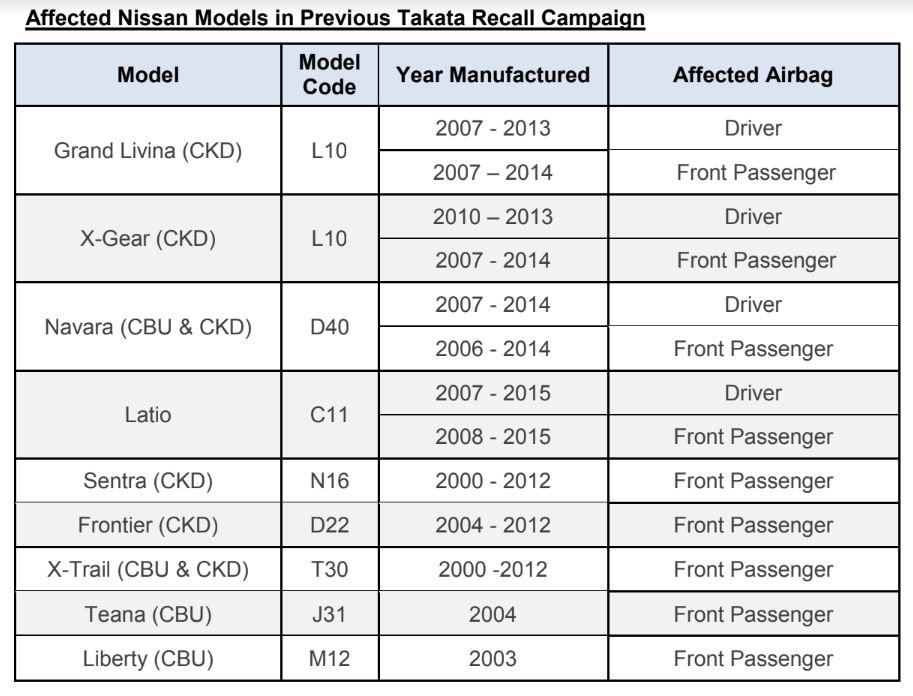 It was also found that 10,445 units of the locally-assembled Grand Livina (L10) as well as 200 units of the X-Gear - both manufactured from January to March 2015, will require a new front passenger airbag.

The Nissan NP300 Navara, launched in Malaysia in November 2015, as well as other current selling Nissan models, are not affected by this exercise.

Affected customers will be notified directly by letter through TCEAS and are advised to contact the nearest outlet to make an appointment.

Before the letter arrives, customers are ale able to key in their vehicle's identification number (VIN) via the company's website to see if their vehicle has been affected.

Selected TCEAS outlets have extended operating hours and are open 365 days a year to make it easier for customers to service their vehicles on weekends and public holidays, as well as to alleviate capacity surge during the campaign.

Both ETCM and TCEAS would like to remind and urge Nissan owners who have yet to undertake the replacement activity to urgently replace their affected Takata airbag inflator at the nearest TCEAS outlet to avoid any injury and/or fatality.

As vehicle ownership may have changed over the years, current owners of these models are reminded to find out if their Nissan vehicle is involved in the recall campaign.

Additionally, ETCM is also providing Takata airbag inflator replacement for affected vehicles during its Nissan Test Drive Carnival over two weekends in August from 17 to 18 and 24 to 25 at selected ETCM showrooms across the nation. 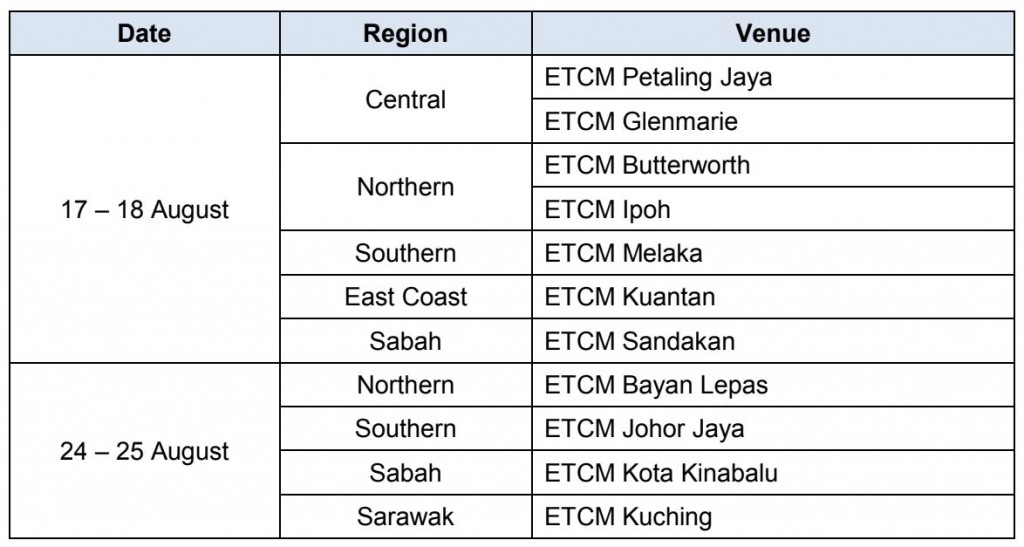