The Kona Active (left) and Kona Standard shown at a media preview two days before launch.

Two variants are offered namely the Kona Standard and Kona Active priced at RM119,888 and RM136,888 respectively (on-the-road without insurance). They are also RM4,000 more and RM6,000 more than the introductory prices the previous Kona were selling at when it first arrived last year.

It was only less than six months ago that Hyundai-Sime Darby Motors (HSDM) had brought in the pre-facelift model. Like before, the latest model remains a fully imported SUV.

While previously the 1.6-litre Turbo was available, the distributors decided not to bring in this variant at launch.

Still in its first generation, the Kona made its debut in 2017. The latest Kona shows off a sleeker and more stylish look with a variety of design upgrades and advanced features. It is exclusively equipped with the new Smartstream G2.0 Atkinson powertrain which comes in two variants, Standard and Active.

Exterior and interior changes in the facelift are highlighted as shown. 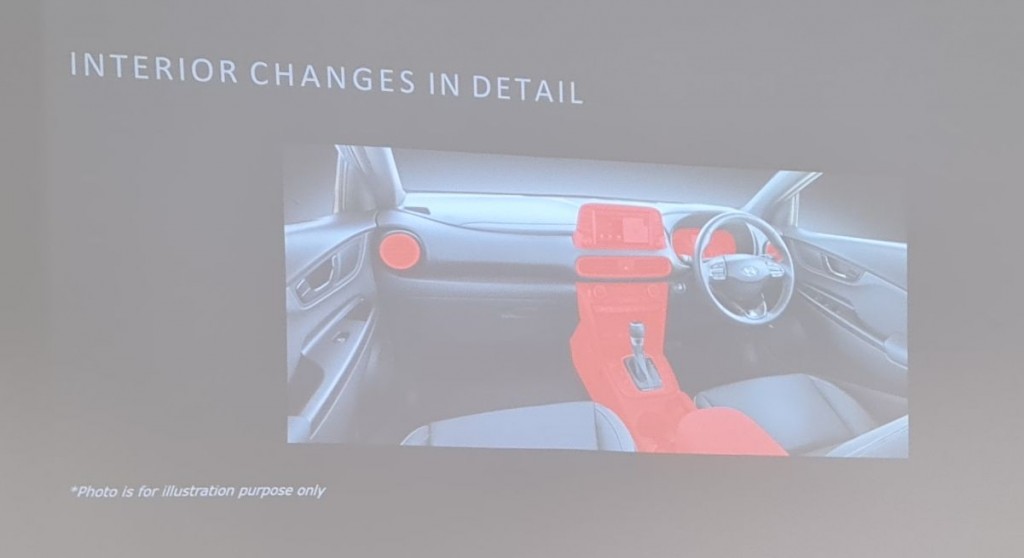 The striking new front-end design of the new Kona stands out with eye-catching, protective cladding panels which are accentuated by the thin LED daylight running lights (DRLs).

Its newly designed bold grille complements the curved bonnet design, while the main bumper fascia connects smoothly to the wheel arch claddings, forming a unique and robust armour in a contrast to the main body.

The skid plate on the lower bumper embraces the lower air intake and visually complements the shape of the main upper grille. Integrated into the bumper corners are vertically oriented aerodynamic inlets that improve air flow. 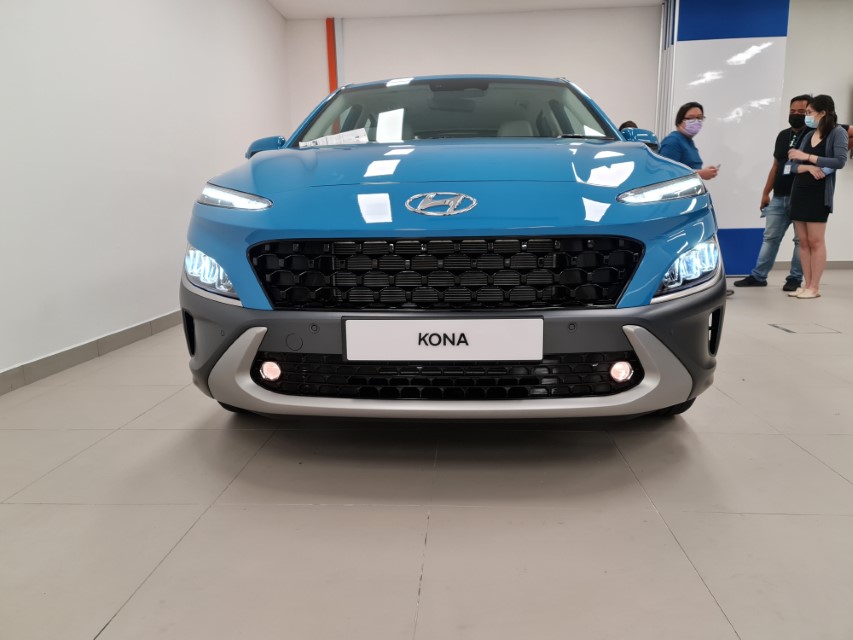 At the rear, the new taillights feature horizontally stretched graphics. These reflect the unique identity of the front-end light design. The new rear bumper, which also follows the protective armour concept of the front and sides, also uses a contrasting material. In addition, the latest model comes with updated 17- or 18-inch wheel designs.

The Kona is also now 40mm longer than the previous model, giving it a sleeker and more dynamic look that complements its wide, strong visual stance.

Entering the cabin, one will notice a redesigned interior that expresses a more upscale and progressive look than its predecessor. 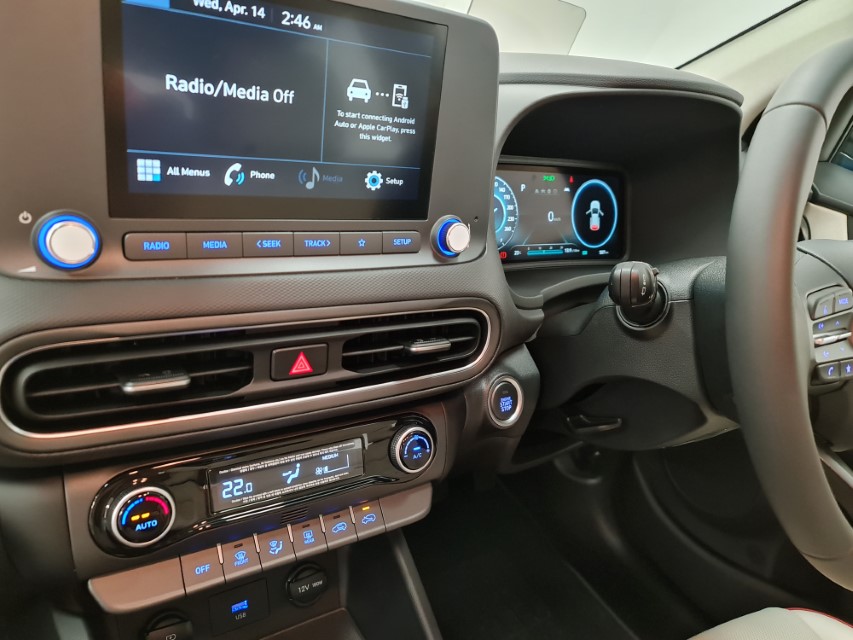 The new console area is separated from the instrument panel to emphasize the horizontal layout.

The dashboard appears wide and airy to create a generously spacious atmosphere. An electric parking brake with auto hold function is added as a new convenience feature in response to customer demand. Additionally, the new Kona now also gets a remote engine start function by using the smart key.

The new interior is completed by new colours and materials. New seat cover options include a black woven houndstooth design, cloth seats with black and grey embossing and perforated leather seats in black or beige. As a testament to its more grown-up status, the seatbelts do not have funky colours that are colour-coordinated with the exterior colour. 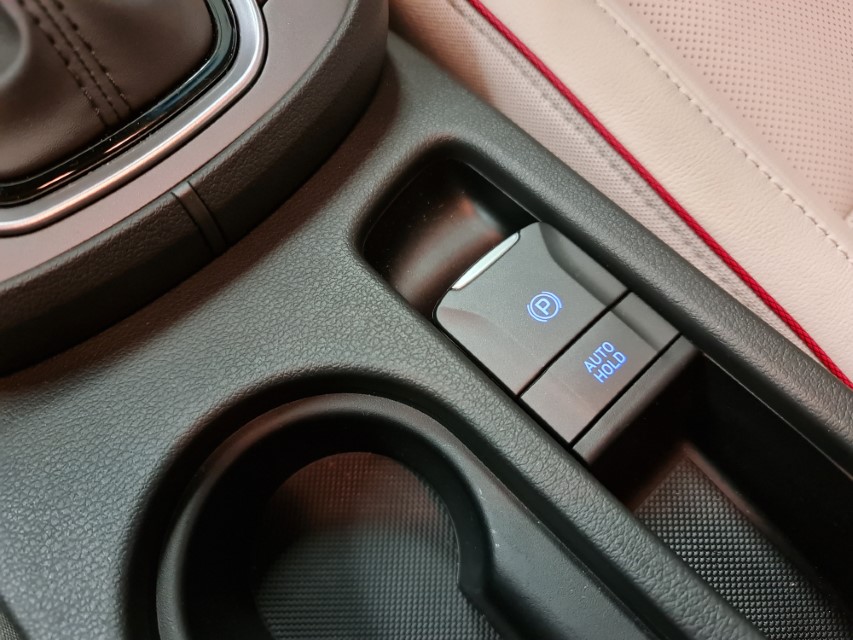 New to this model is a 10.25-inch digital cluster that is only available to the KONA Active variant, in addition to the 8-inch AVN screen with multiple Bluetooth connections. Wireless Android Auto and Apple CarPlay come standard for both variants which also include Waze and Google Map for navigation convenience.

The Kona Active has been upgraded with many safety features that used to be found in the pre-facelift 1.6 Turbo.

It is equipped with a number of safety and driver assistance features, offering a comprehensive safety suite such as the Blind-Spot Collision-Avoidance Assist (BCA) and Rear Cross Traffic Collision-Avoidance Assist (RCCA); and Safe Exit Warning (SEW), which detects oncoming vehicle from the rear and then displays a visual and audio warning to alert the passenger from exiting the vehicle. "We are more confident than before of the Hyundai Kona's success in Malaysia despite the fierce competition in this segment,” said HSDM managing director Low Yuan Lung.

“Its distinctive look makes it stand out from any other model in its class. The Kona is also targeted for those who want to stand out in the crowd and be different. It’s an agile and stylish car that can take you anywhere, be it for an adventurous outing or just for a city drive,” he said. 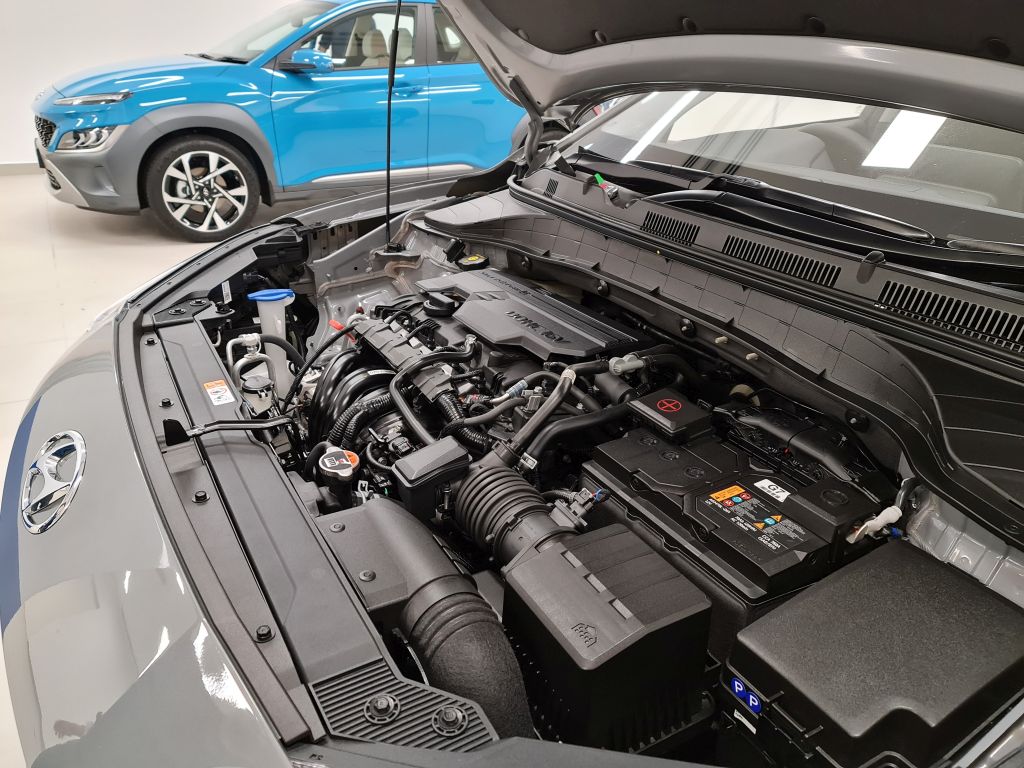 It is available for viewing at all Hyundai showrooms nationwide. Interested parties may contact Hyundai’s Customer Careline at 1-300-13-2000. 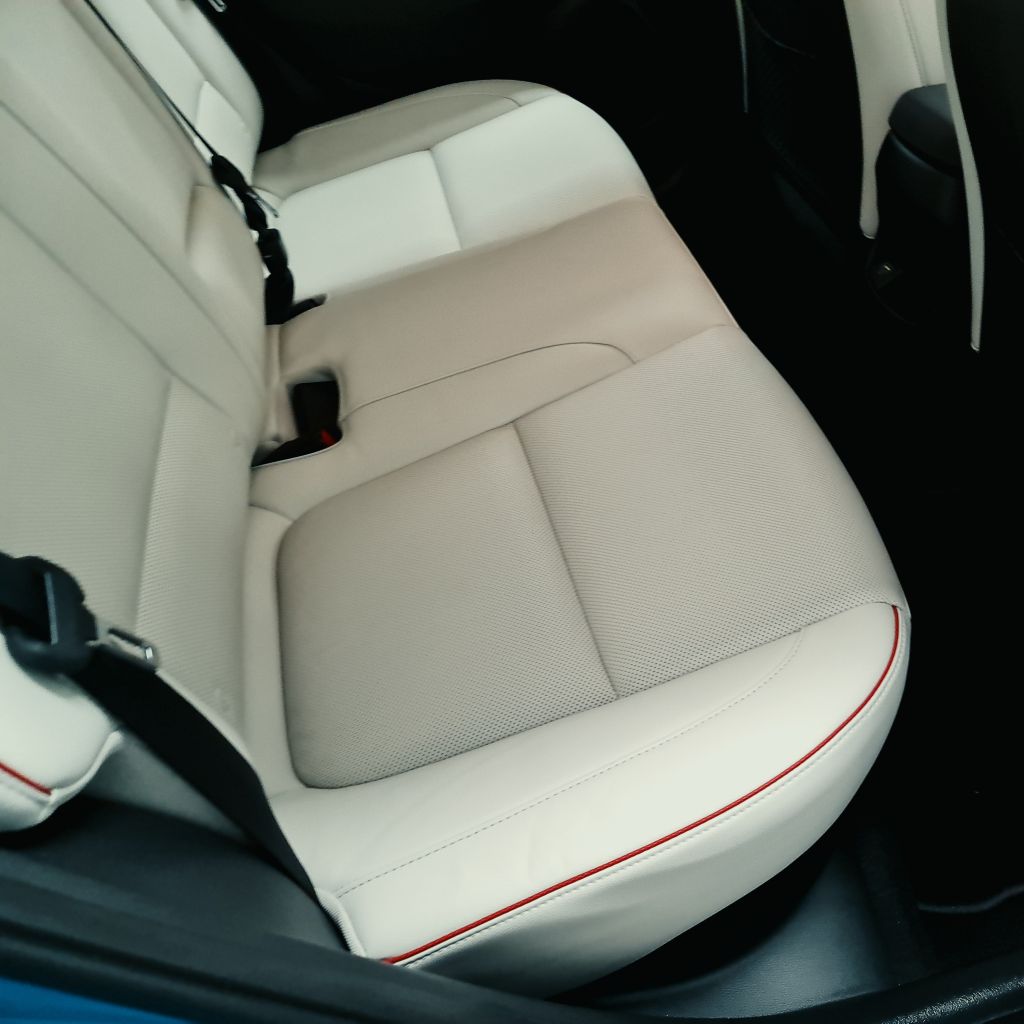 The Kona key fob has a new 'Hold' button that switches on remote engine start once the car is locked. 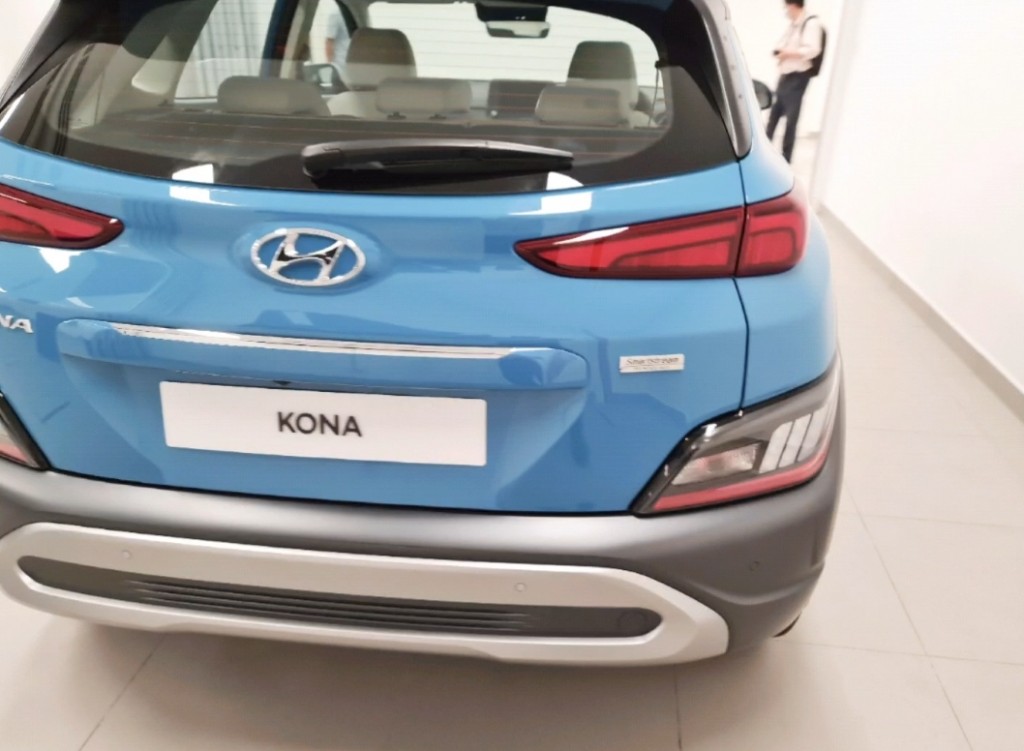