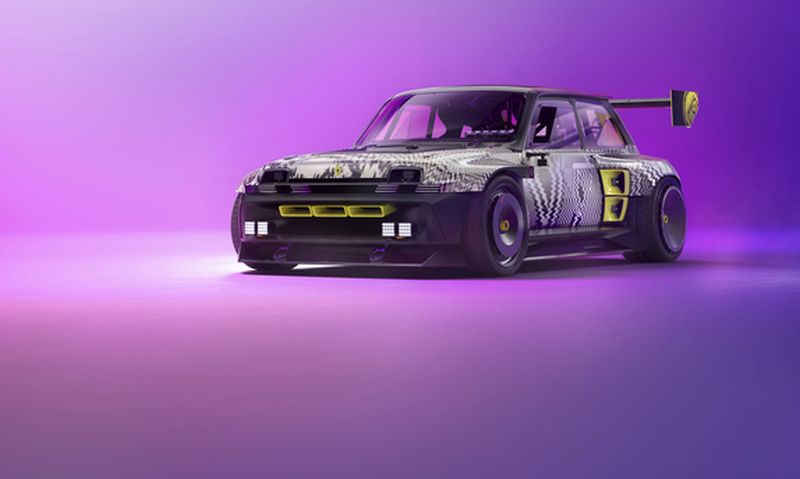 PARIS: Renault is paying tribute to one of the most cherished small cars of all time, the R5, and on the occasion of its 50th birthday, the French manufacturer is reviving the turbo version of their bestseller.

Set to be unveiled as an electric concept car at the Paris Motor Show in October, the rebooted R5 is bridging the gap until the real R5 celebrates its comeback as an everyday electric runabout.

Until that production car arrives with a more moderate design and a more modest drive, the new R5 Turbo concept is our closest look yet at this 1980s throwback.

Just like the original sport hatchback, which was built from 1980 onwards, the R5 Turbo tribute also has a low, stout and wide appearance with distinguished wings (fenders) around the rear wheels.

Perhaps most striking of all, the two-seater hot hatch comes with a massive spoiler at the rear, and Renault says this is to provide the necessary grip on the race track.

Like the original, the R5 reboot's urge comes from the rear, but this time you'll find two rear-mounted electric motors behind the seats instead of a combustion engine.

The energy for this is supplied by a 42kWh battery, which is installed in the floor of the car to help lower the centre of gravity.