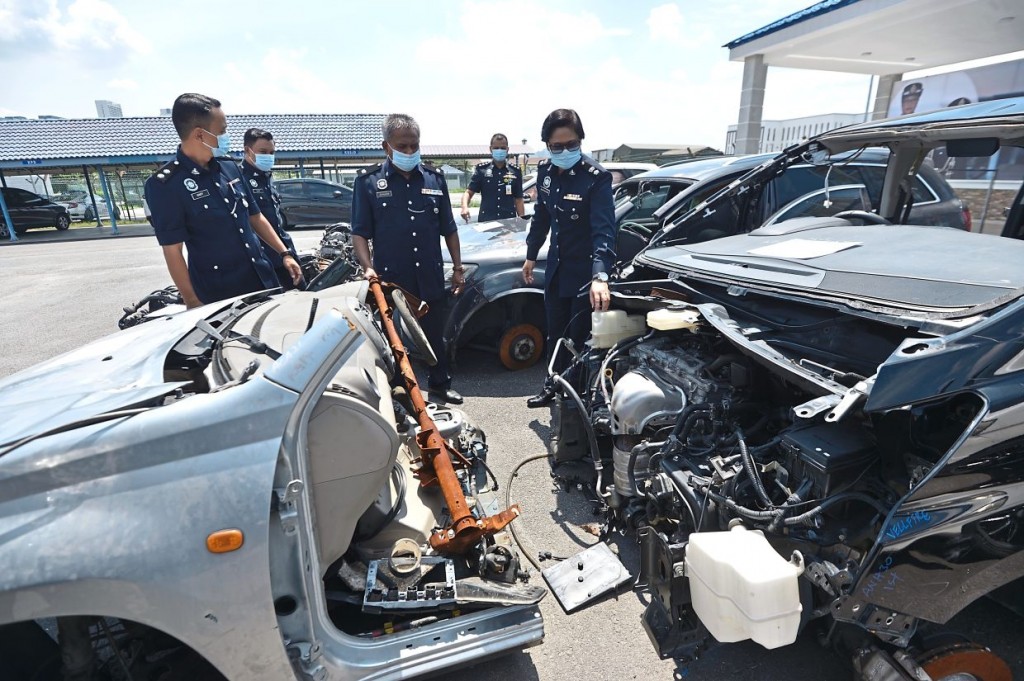 SUNGAI BULOH: A syndicate preyed on vehicle owners desperate to get rid of luxury vehicles with high maintenance bills.

They would offer to sell the vehicles off for the owners but halfway through the process, they would claim that the vehicle had been stolen.

They would then advise the owner to lodge a false police report, and would cannibalise the vehicle for parts which would then be sold in the local market.

Sungai Buloh OCPD Supt Shafa’aton Abu Bakar said they were alerted after receiving a report from a 56-year-old man claiming his Audi Q7 was stolen outside a bank at Bandar Rahman Putra Sungai Buloh on Sept 1.

“We investigated and found that no such theft had occurred and the complainant had handed over the vehicle to a third party to be sold.

“The third party informed him that the vehicle had been stolen and told him to lodge a police report in order to make insurance claims,” she said, adding that the owner was not aware that the car was never stolen.

She said a police team then launched a series of raids in Rawang, Setapak, Malacca and Kuala Lumpur between Sept 10 and Sept 16.

“When we raided a vehicle half-cut warehouse at Melaka Tengah, we seized 13 vehicle components which belonged to stolen vehicles,” she said, adding that they also  recovered engines for six cars including a Toyota Vios, Volkswagen Passat, Toyota Vellfire and Mazda CX9.

She said the vehicles were connected to cases in Selangor (five cases), Kuala Lumpur (three cases) and Melaka (two cases).

“Investigations revealed the syndicate was led by a 44-year-old suspect who had a prior record for vehicle theft.

“The syndicate has been active since 2014 and has been connected with vehicle thefts and fraudulent vehicle disposal amounting to RM1.3mil,” she said, adding that the suspects have been remanded to assist in further investigations.