SEPANG: Thousands of returning fans and spectators for the first time in two years since the Covid-19 pandemic, brought with them a tremendous amount of energy that helped to galvanize the Toyota Gazoo Racing Festival and Vios Challenge race series as truly being the People’s Race.

Round 2 of the Toyota Gazoo Racing Festival and Vios Challenge race series concluded with thousands of fans returning and re-energizing the event Sunday morning began with hundreds of participants - including families and children - on bicycles, push scooters, roller blades, skateboards and even runners, being granted access into the track at Sepang International Circuit for an All Wheel Fest. This was followed by a Zumba session, the official opening ceremony of the Festival, a grid walkabout for fans and spectators, and later a procession of all the Toyota Vios race cars taking part.

The day ended on a high note with an energetic performance by popular Indonesian singer Judika as a special treat for fans.

The Festival had also featured a live concert by local rock group Bunkface on Saturday and welcomed back spectators with so many ground activities that included numerous sales, promotional and activity booths, and an urban street dining area serving up the best in local cuisines and delicacies.

UMW Toyota Motor president Ravindran K said the company thanked the spectators and fans who came to the festival.

“The enthusiasm and the level of excitement we witnessed has certainly motivated us to now begin planning for a more exciting Round 3 and Season 5 finale for them in September,” he said.

On track and in the Super Sporting Class for elite and professional drivers, rain just the cars lined up on the starting grid, delayed the start of the 20-lap race by 25 minutes, before eventually getting underway behind the safety car for two laps. 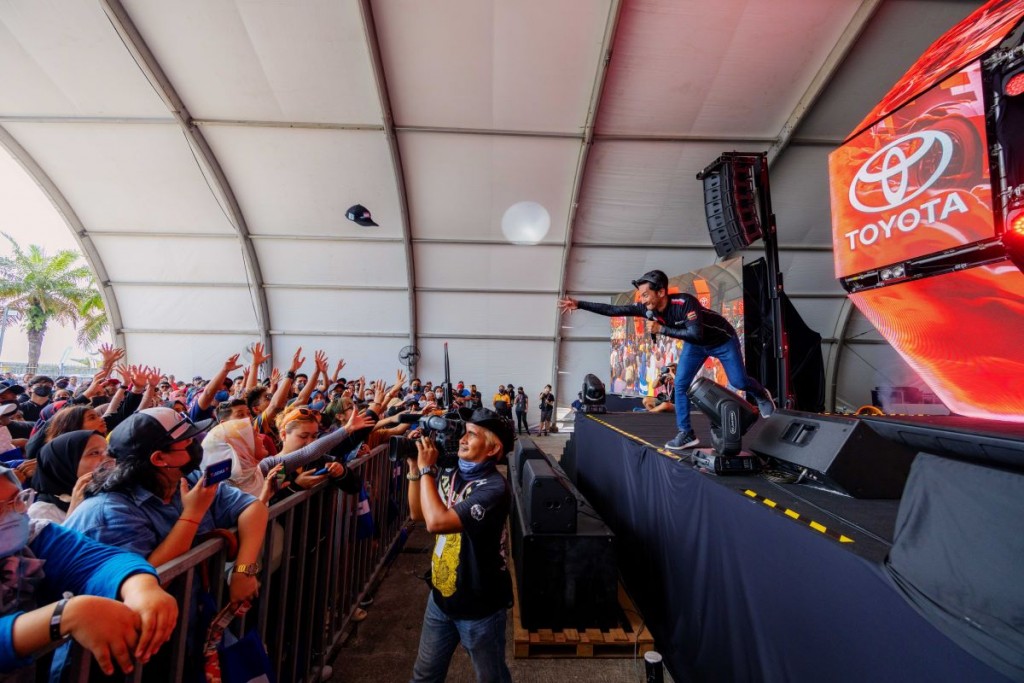 Prima Pearl TD Racing’s Tengku Djan Ley Tengku Mahaleel to post the fastest time on almost every lap of the race to make his way up from 12th position on the starting grid to winning the race 1.5 seconds ahead of Darwin, with Hayden crossing the finish line in third position.

“It was a very difficult race for sure, especially with so many of us fighting to get ahead of the pack.

“For wet driving, what is important is the finesse and to have a good understanding of the track conditions,” said Tengku Djan. 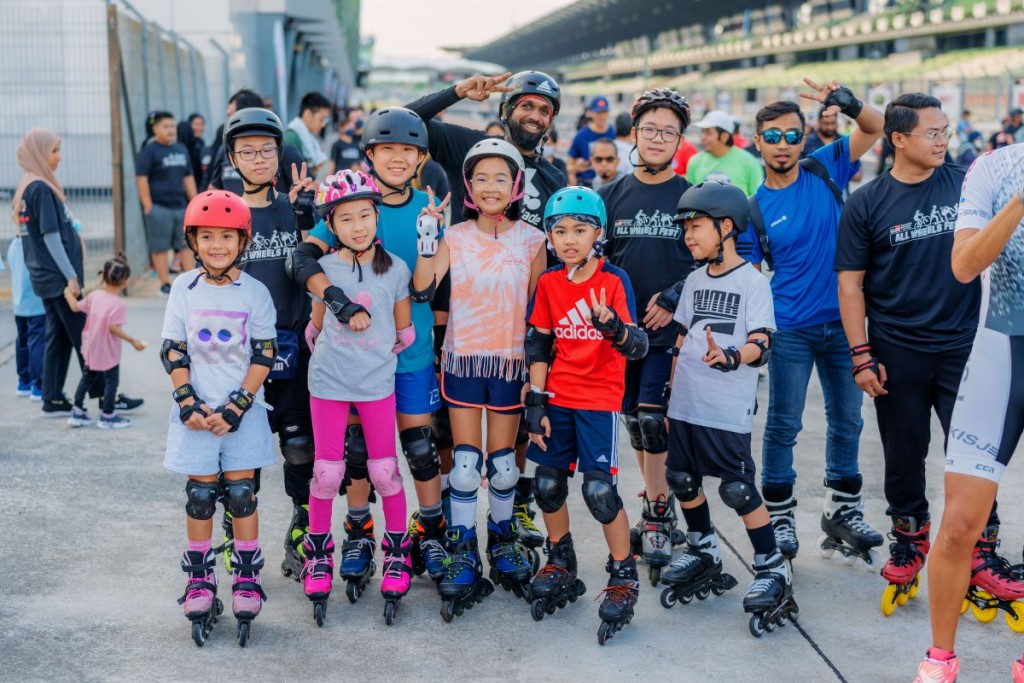 Having missed the first two races of the season due to Covid-19 and bowing out of yesterday’s Race 1 due to a racing incident, Tengku Djan will only have three more races remaining in the season to pull out something special from his bag of tricks if he is to defend and capture his fourth overall Super Sporting Class title.

In the Rookie Class, Muhammad Hamdany clinched his first ever race victory to retain his sterling record of four podium finishes in four races so far.

The 19-year-old karter from Kuching, Sarawak finished ahead of simulator racer Nabil Azlan, and the only female driver in the Vios Challenge series, Adele Lew who came in third. The gentlemen and amateur drivers in the Sporting Class also put up an incredible show on the track with Axle Motorsport’s Naquib Azlan concluding a perfect race weekend with two race wins.

Starting from sixth position on the grid following a reverse grid format after yesterday’s Race 1 victory, Naquib was on a very determined charge from the get-go, seizing control of the race lead and building a five second gap from as early as the third lap of the 20-lap race. “I’m very happy with how this weekend went. I came in with very high expectations this weekend, wanting to rectify the mistakes of Round 1 and thankfully I was able to rectify that with two wins,” said Naquib.

Lots of drama on the track in the Promotional Class for celebrities promoted television host Nabil Ahmad to race leader.

“This is my first podium finish in two seasons... It was indeed a very good race and I am extremely thankful, despite facing numerous challenges on the track from going off the track, accidentally hitting and being hit by others,” said an elated Janna.

Round 3 of the Toyota Gazoo Racing Festival and Vios Challenge is scheduled for September.