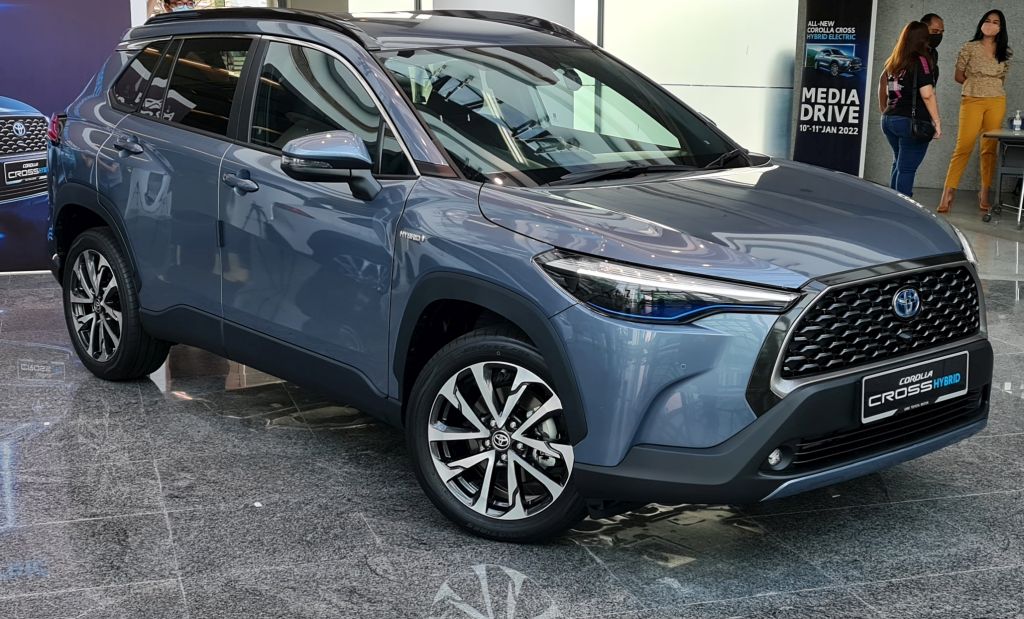 The hybrid is the range-topper and joins two conventional petrol engine variants.

With the arrival of the hybrid, the entire Corolla Cross are now locally assembled.

An overnight media drive of the hybrid from Shah Alam to Penang was held on Monday. 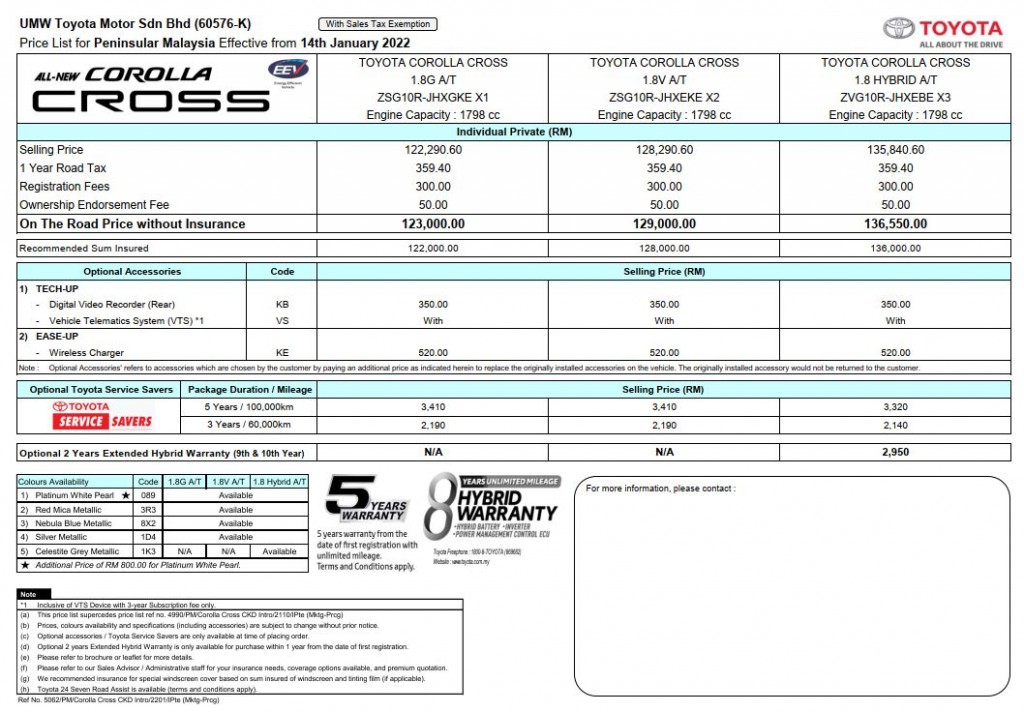 Additionally, for peace of mind, there is a separate 8-year/unlimited mileage warranty covering the hybrid battery pack, inverter and Power Management Control Unit.

Customers can also extend their warranty for a further two years to make it a total of 10 years, the first such warranty in the local industry.

Bookings for the hybrid were opened last October.

Toyota aims for carbon-neutrality by 2035. and this hybrid is one smal step towards that goal.

UMW Toyota Motor has been developing hybrid technology since 2009 with the Prius, and continued with the Prius c and Camry Hybrid.

This can be achieved throughout the lifecycle of manufacturing, transporting, energy generating, fueling and/or charging, and the recycling and disposal of vehicles, while offering consumers sustainable solutions to meet their diverse needs.

According to Toyota, HEV is currently the most accessible and realistic choice for Malaysian customers in terms of practicality and infrastructure, with an enormous potential in the country.

The Corolla Cross 1.8L Hybrid engine pairs a highly efficient petrol engine with an electric motor. The synergy of the two energy sources provides drivers with efficiency, drivability, performance and a long range between refueling.

Toyota’s Hybrid Electric System has been designed as a reliable and future-proof vehicle giving peace of mind.

It is also easy on the wallet, offering less fuel costs, while providing greater controllability and instant torque, on top of an environmentally-conscious alternative.

In order to improve fuel efficiency and keep emissions low when starting off and accelerating, the system uses an electric motor that provides efficient and powerful acceleration. 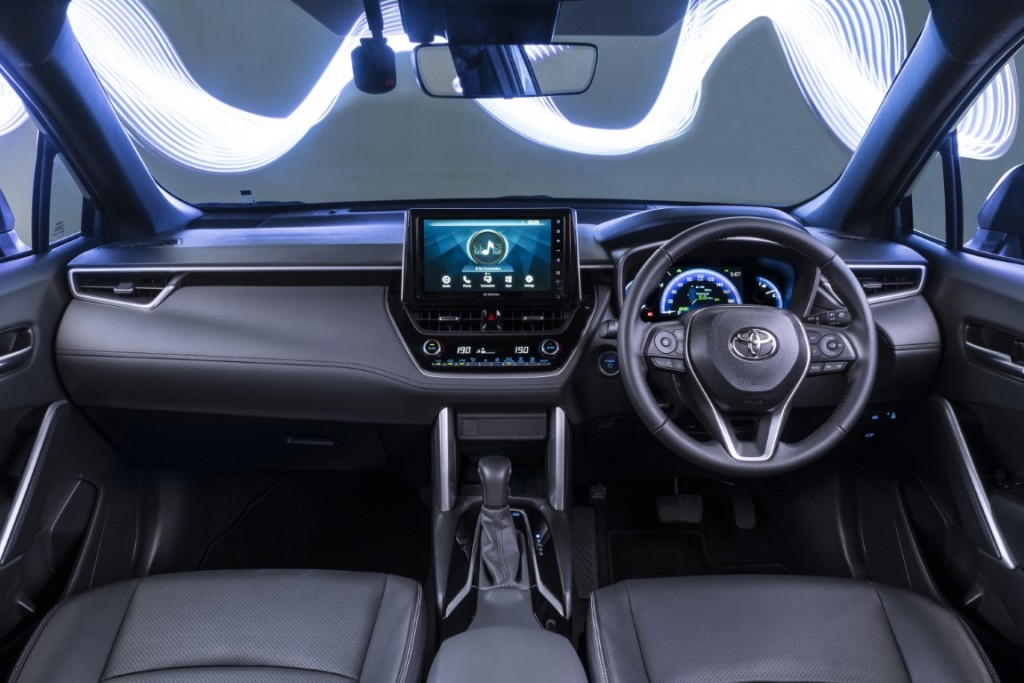 Performance on the move is automatically delivered by the best combination between the electric motor and petrol engine in response to driving conditions.

The system also automatically shuts down the petrol engine to avoid wasting fuel when idling. As the system works in tandem, it produces significantly better fuel efficiency than any petrol engine vehicle in the same class.

The HEV battery powers the electric motor, and is automatically recharged when the driver brakes (regenerative braking), when the driver lifts off the acceleration pedal, or when the petrol engine is on and running.

The system does not require drivers to plug-in to recharge the batteries which eliminates all concerns relating to limited driving range or the need to look for charging infrastructure. 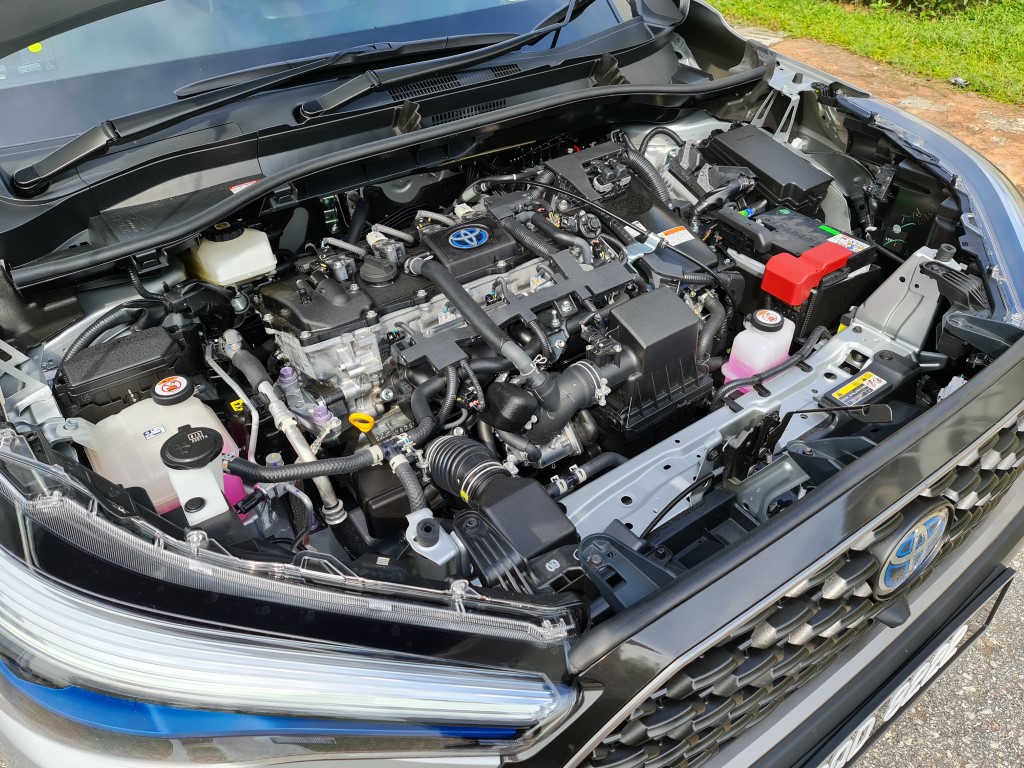 The key to achieving better battery durability and performance comes from understanding how a vehicle is used and the state of the battery under such conditions. To that end, Toyota has significantly improved battery technology over the years.

The TNGA Platform is an internal structure specially developed by Toyota that offers greater stability, agility and a higher eye-point for better visibility. 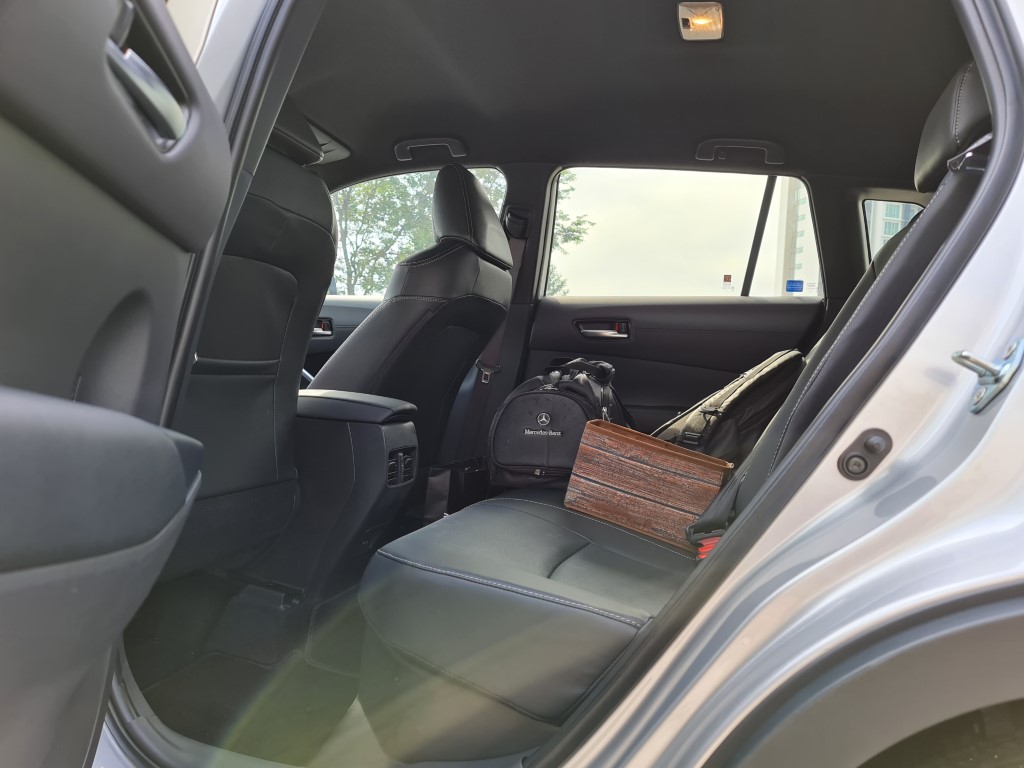 TNGA also encompasses chassis engineering and the suspension is designed to provide a fine-tuned balance of dynamic handling and stability with excellent ride comfort.

Besides the high-strength TNGA platform, the structure of all Toyota Corolla Cross variants are engineered to reduce impact forces from all sides during an accident, reducing or preventing injuries to the occupants.

In crash testing and technical evaluation by Asean NCAP, the Corolla Cross, as with many other Toyota models, has received a maximum 5-star safety rating. 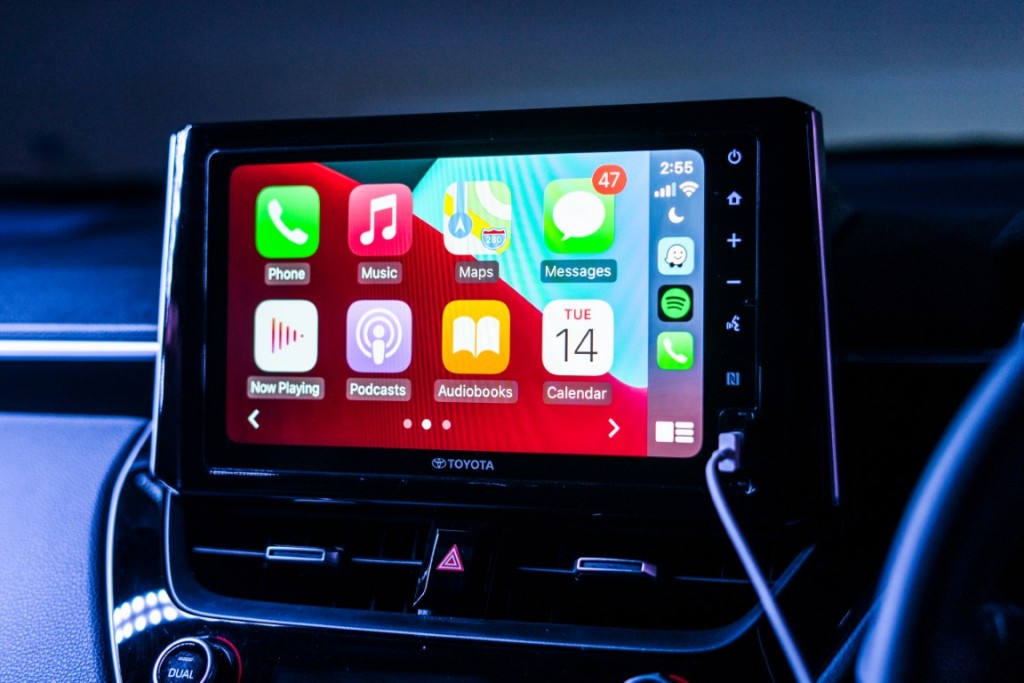 These core technologies use a radar and camera which are complemented by other safety technologies such as a Blind Spot Monitor (BSM) with Rear Cross Traffic Alert (RCTA), Tyre Pressure Warning System (TPWS), and seven SRS airbags giving drivers and passengers peace of mind while on the road.

The Corolla Cross Hybrid Electric is also equipped with a Digital Video Recorder (DVR) at the front (optional for rear) enabling the owner to have a video recording of the vehicle’s movements at all times for enhanced safety and as evidence if ever required.

Additionally, a Vehicle Telematics System (VTS) can track the vehicle’s position using GSM/GPS signals. The owner can also monitor the ignition status and vehicle speed if the vehicle is stolen, a 24/7 Command Centre will locate it and inform relevant authorities to recover it.

The good news is that all Corolla Cross variants comes with a 3-year free subscription of the VTS. 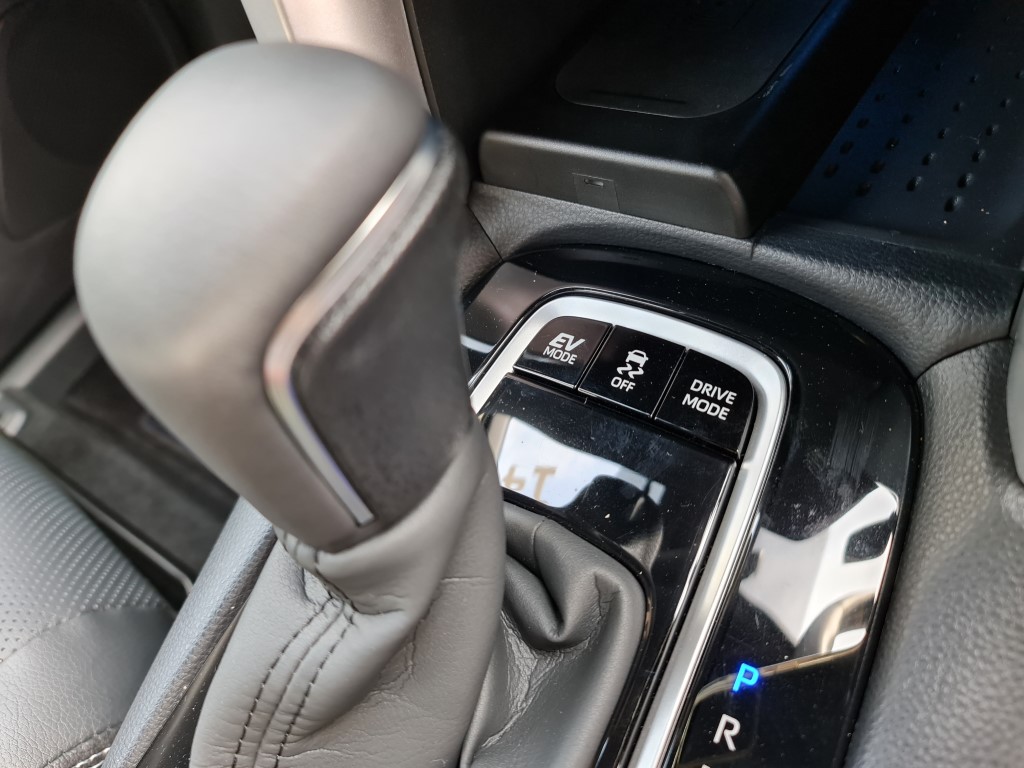 Evoking a sense of stepping up your vehicle class, the Toyota Corolla Cross Hybrid Electric boasts an easy-access rear with ample luggage space by positioning the battery pack under the rear seats ensuring the same luggage capacity as petrol grades of 440L.

The hybrid is supported by a service network of over 92 outlets.

UMW Toyota Motor deputy chairman Akio Takeyama said last month that bookings for the Corolla Cross Hybrid had been good and the company was happy to see that many Malaysians were keen to switch to Hybrid Electric Vehicle Technology.

(Incidentally, Takeyama's seven-year stint in Malaysia ends this month and he will return to Japan soon. His successor to Malaysia will be announced in due course).

The Toyota distributor is confident the hybrid would soon attract the bulk of sales among the three variants.

Bookings can be made from today at any authorised Toyota dealer or UMW Toyota Motor branch showroom nationwide. 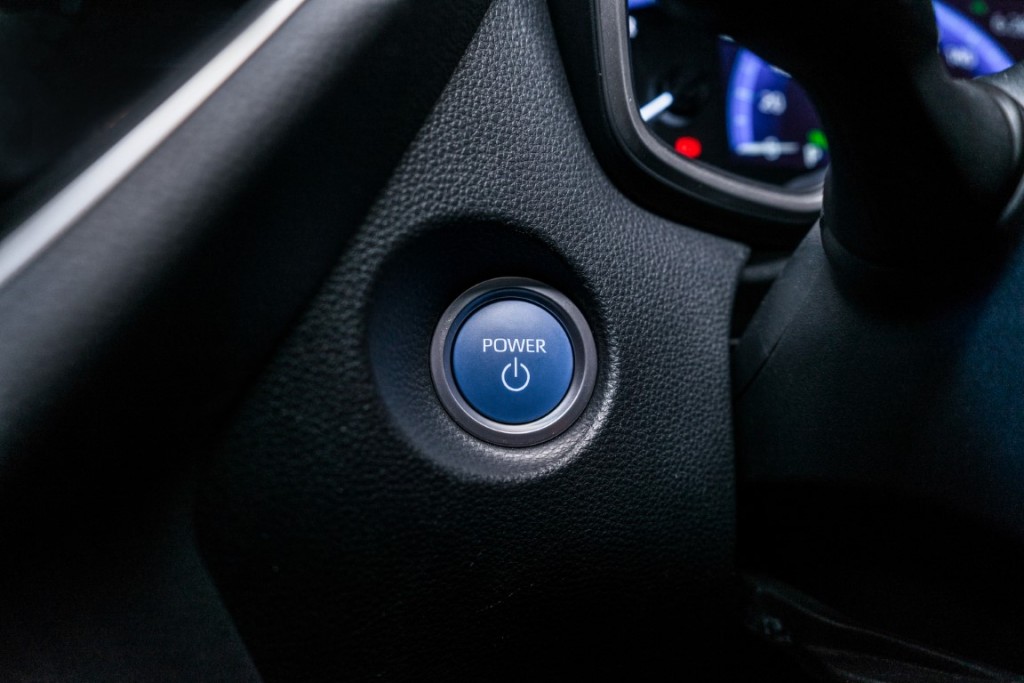 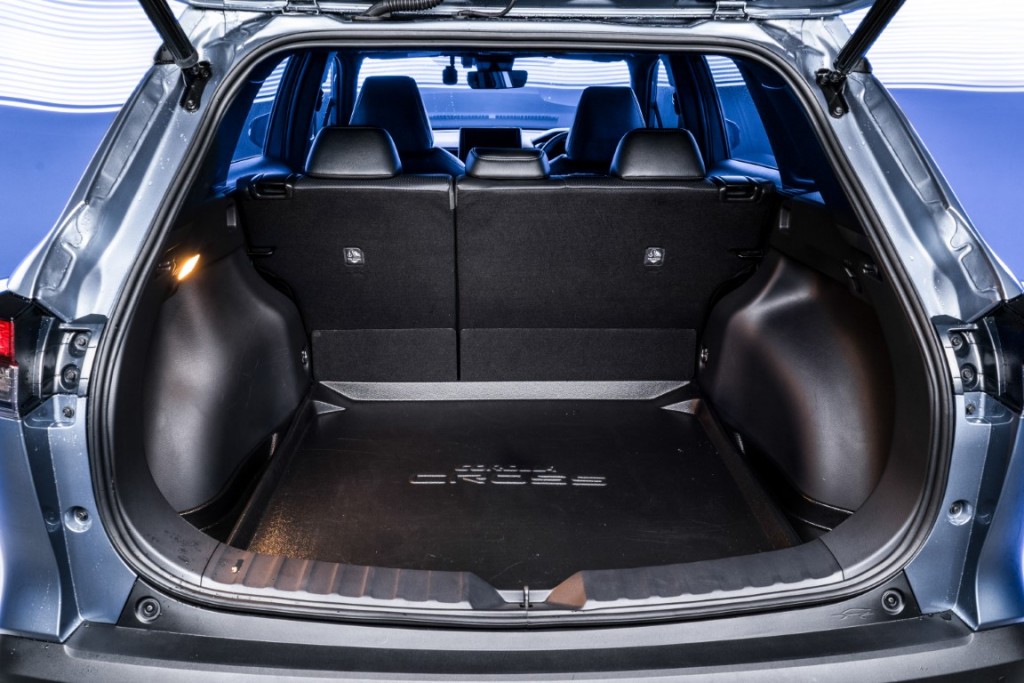 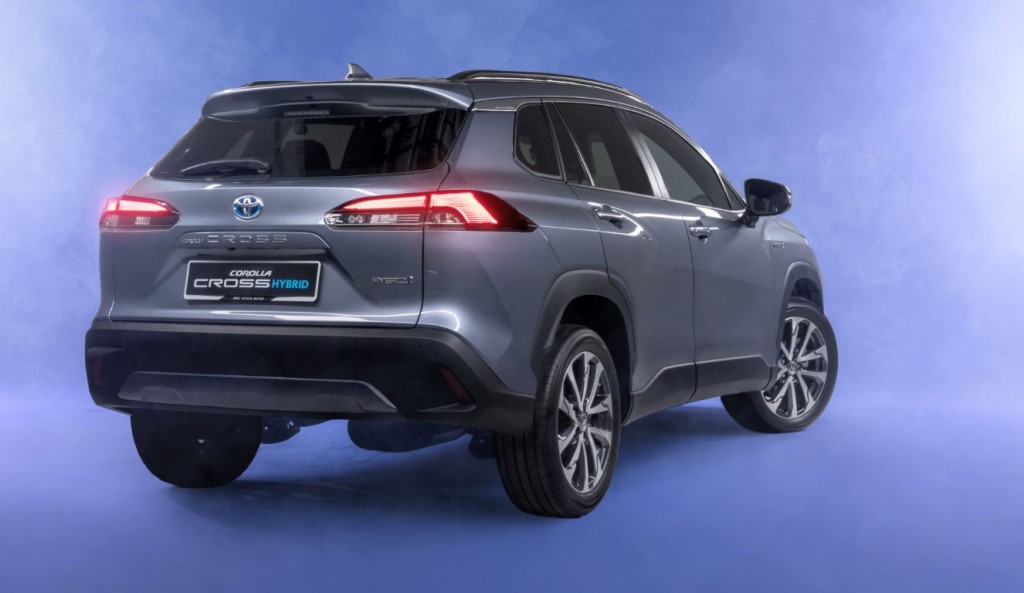 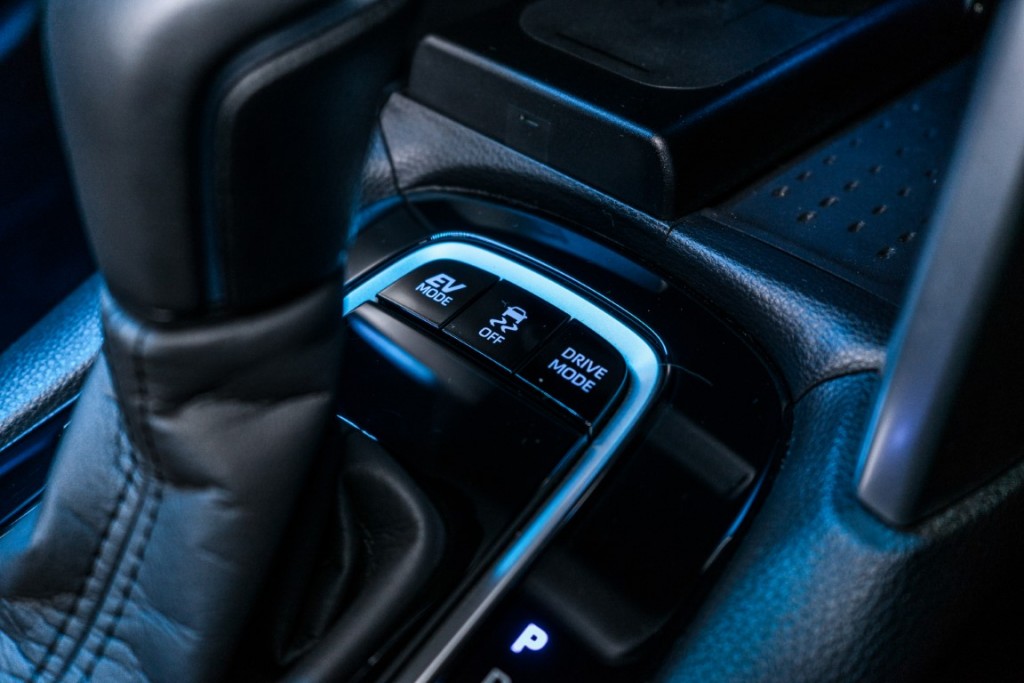 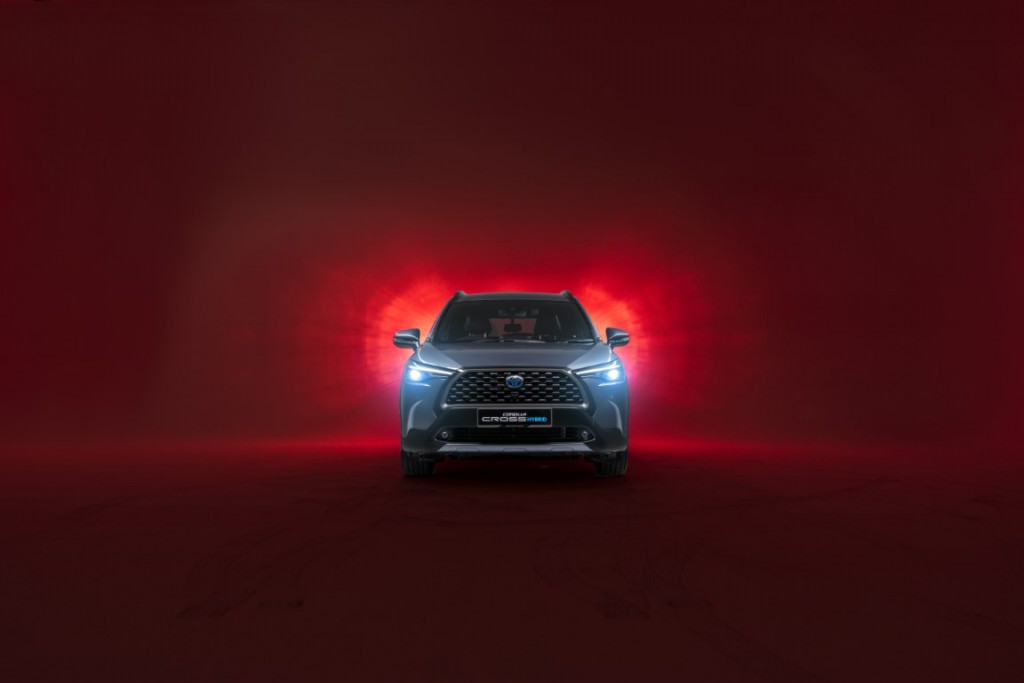 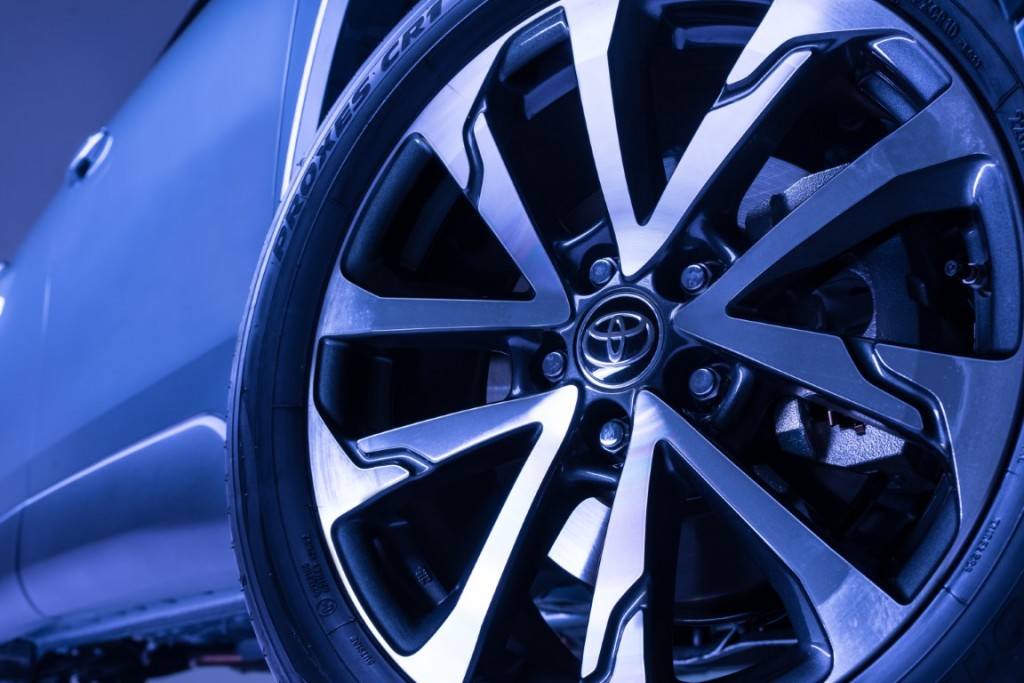 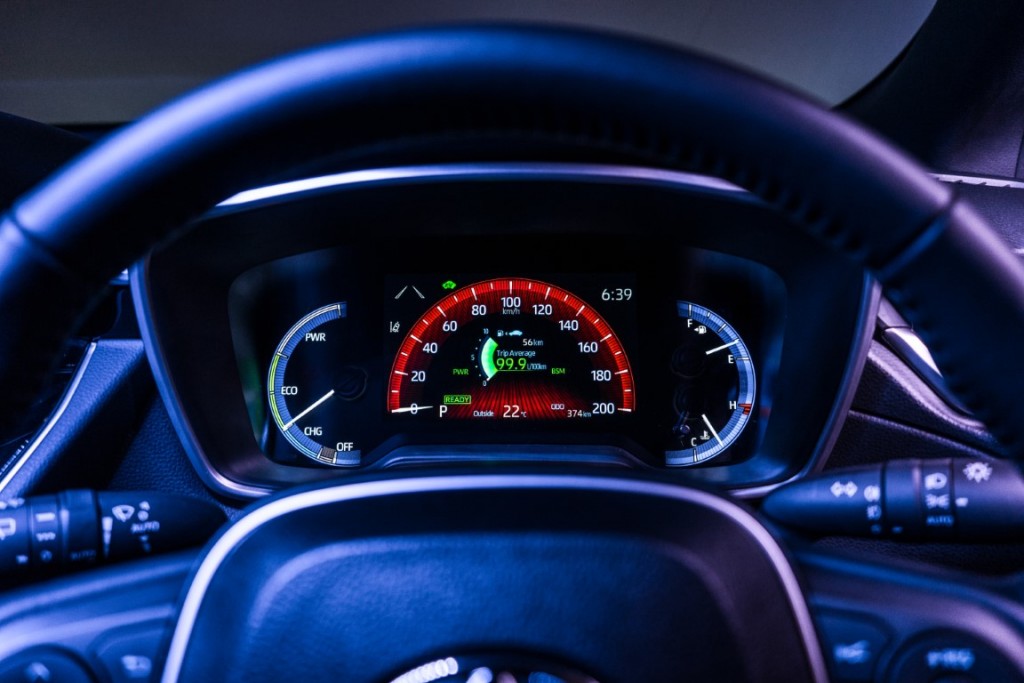 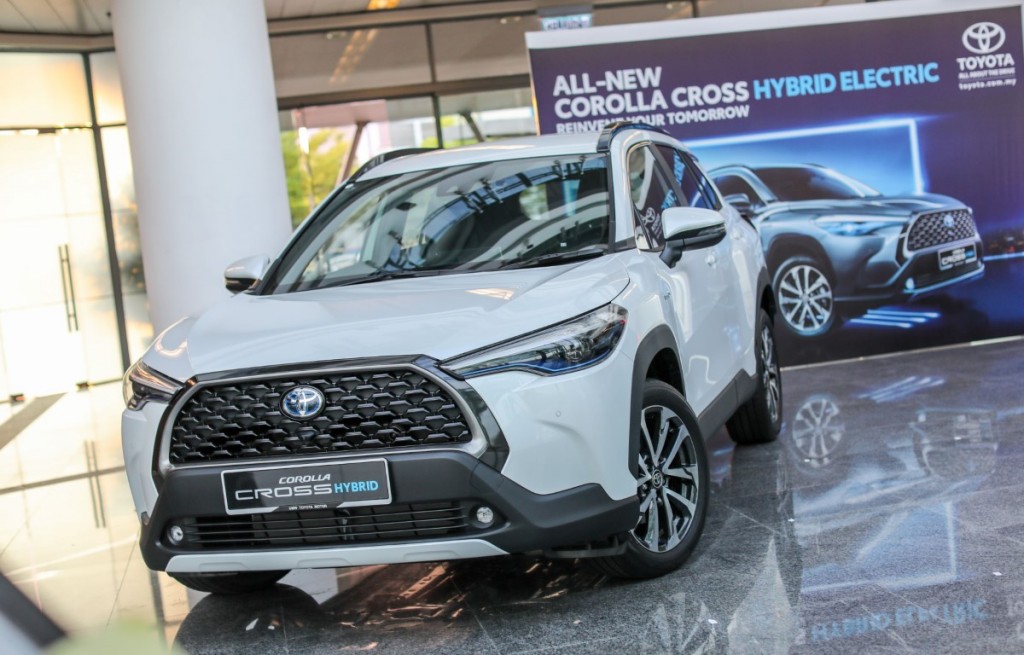 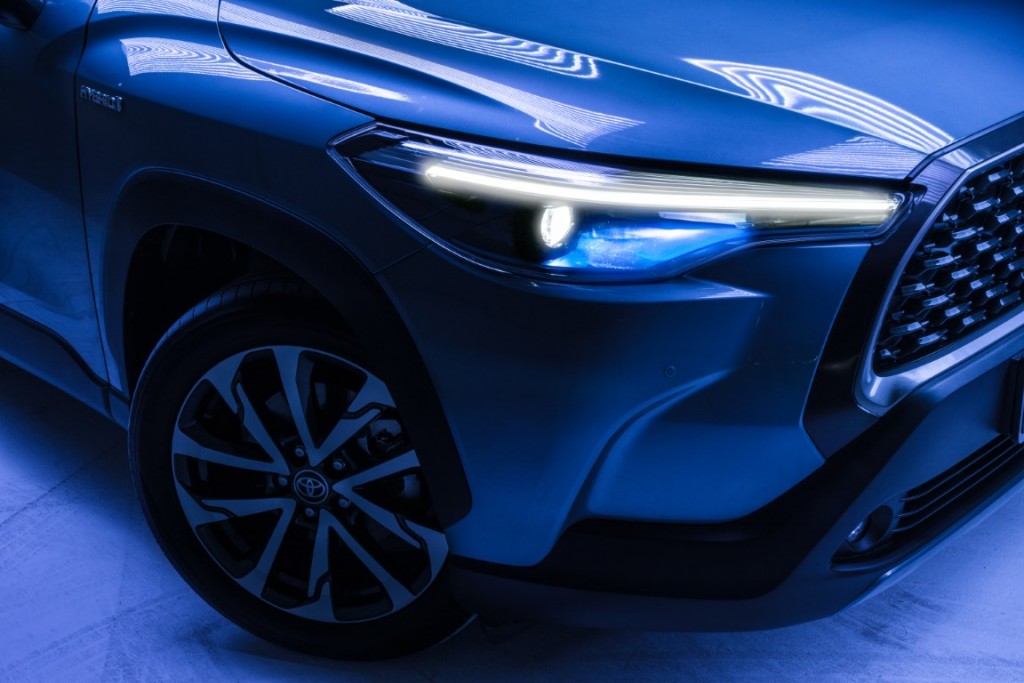 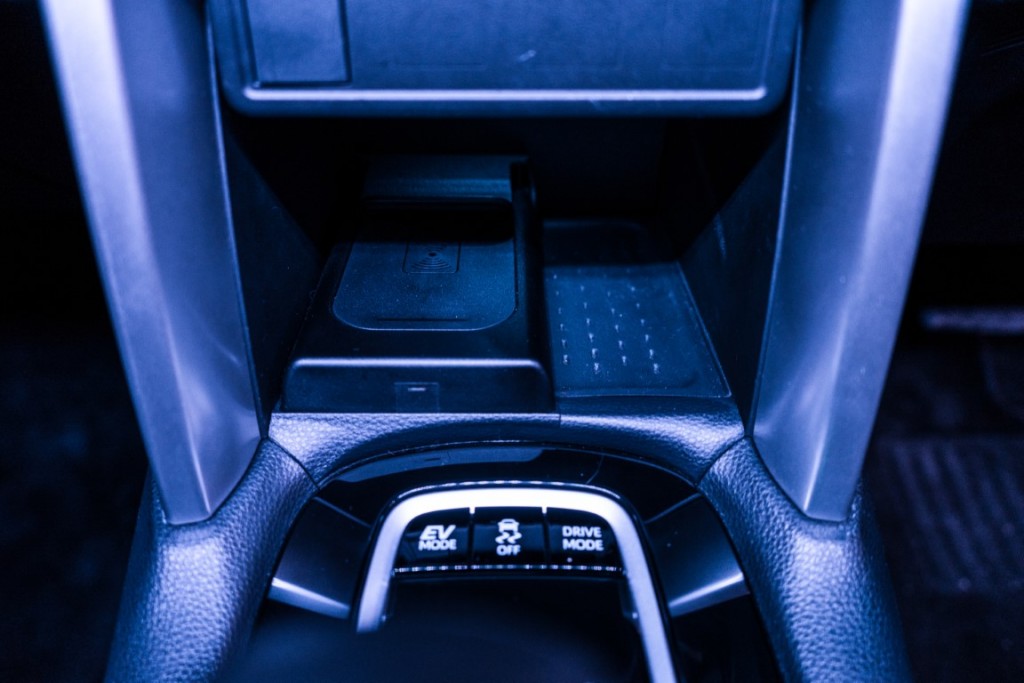 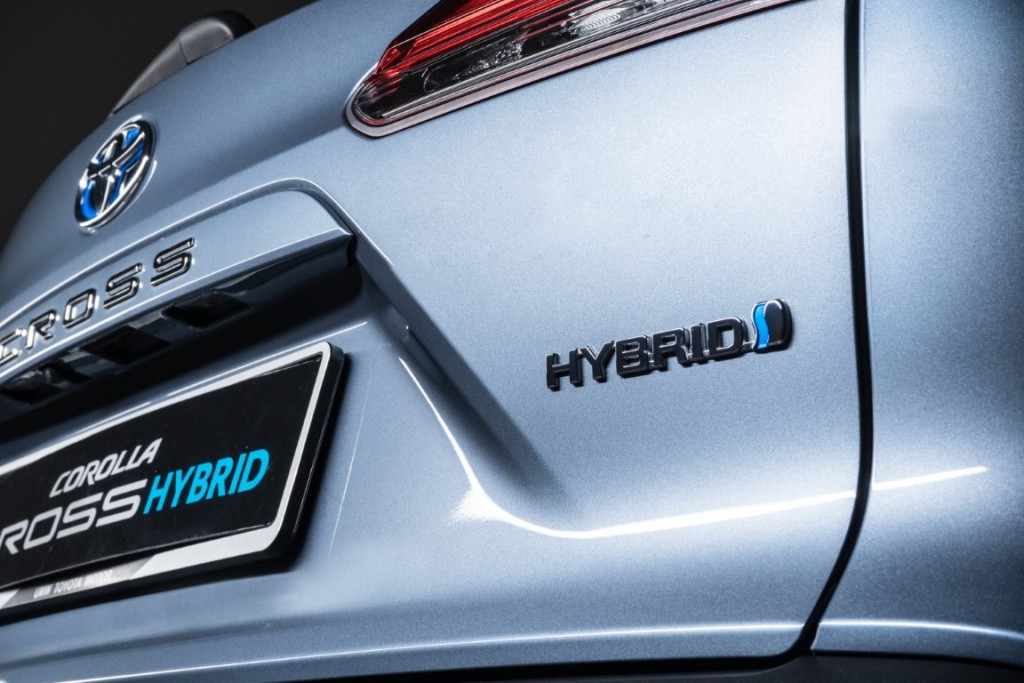