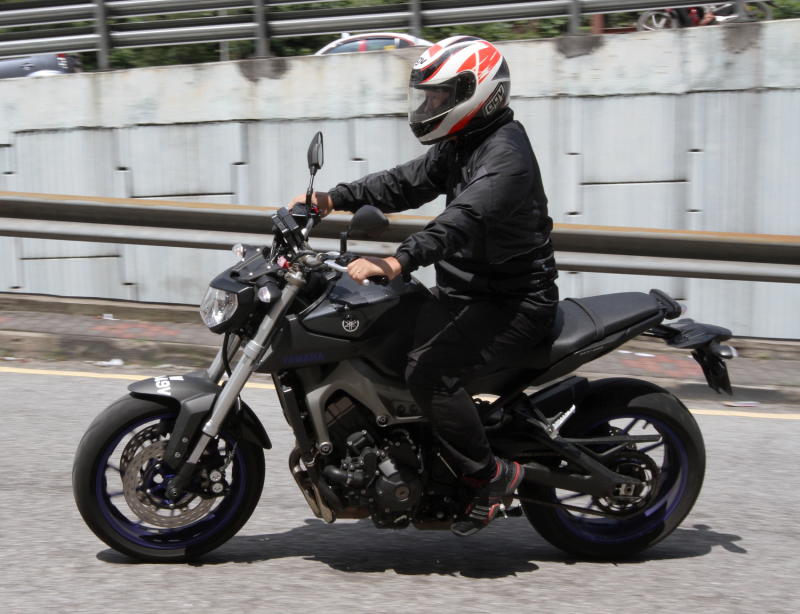 Since last December, this bike has added a much needed buzz to the market.

As expected, the bike will hit triple-digit speeds in a jiffy, but this is not the point. 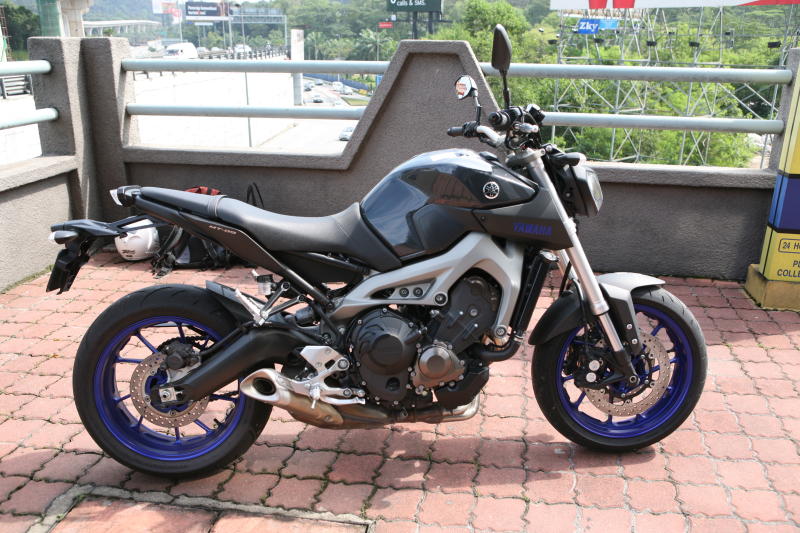 Instead, Yamaha would like to introduce riders to the crossplane crankshaft concept engine, which promises linear torque in response to the rider’s throttle input, which is altogether a different thing from the mind numbing comparisons of top speed.

If this sounds Greek, it simply means that the in-line three-cylinder engine is designed for smooth torque and a good feeling of power in the low- to mid-rpm ranges, or what is the hybrid between a two-cylinder’s brutal torque and the silky smoothness of a four, all in a compact package.

The MT-09 is also equipped with the selectable drive mode, which is a variable throttle control system to allow the rider to choose between throttle valve control maps - standard, sporty, or mild - at the push of a button.

I found the standard mode pretty overwhelming, so I did not venture into what constitutes sport.

The bike growls, and leaps like a bucking bronco that is so impatient to be unleashed, which is the perfect bike if you are looking for something aggressive to tame. 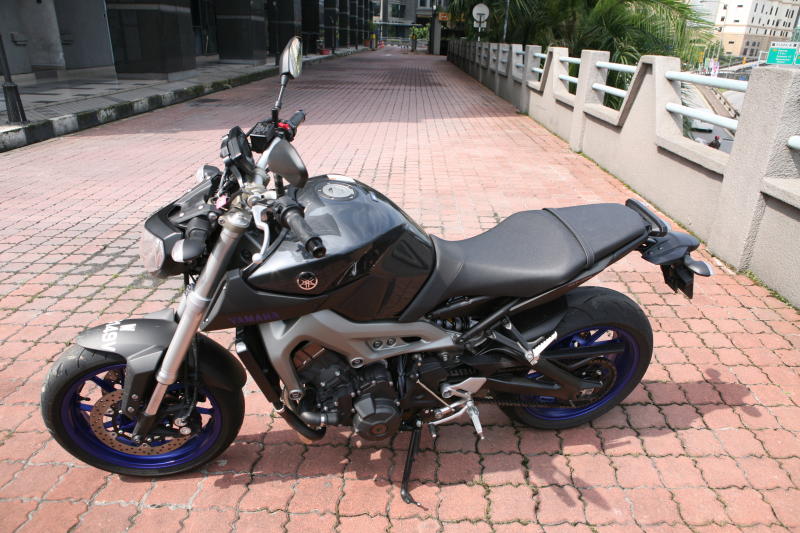 Other than the outstanding engine, the performance is boosted by the all-new aluminium frame, which helps the bike to weigh in at just 188kg without sacrificing agility.

The rear end features an asymmetric die-cast swingarm that gives a low unsprung weight for responsive action, while an almost horizontal rear shock is situated beneath the seat, lending an aggressive but understated appeal.

Intended to compete against the Triumph Street Triple, the Kawasaki Z800, and the MV Agusta Brutale, the in-line triple configuration was chosen as Yamaha felt it gave the best balance between power, torque and low weight.

I was amazed that a 1.64m guy like myself could actually ride this bike, which feels pretty well-balanced.

This bike is definitely more “accessible” compared to the Triumph Street Triple, which I had to tiptoe when at the traffic lights.

The bike is easy to turn on account of its wide, tapered handlebars, while its 14-litre fuel tank with knee recesses ensures not too much of the rider juts out, while not compromising comfort. 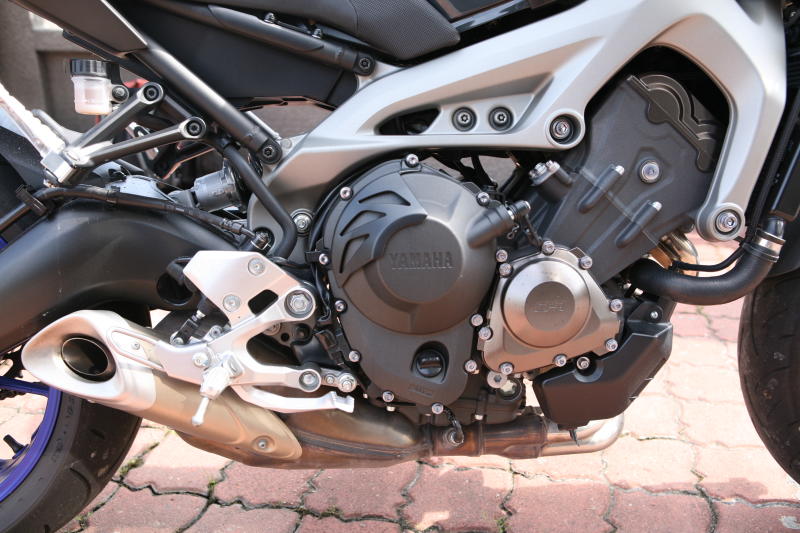 The 3-into-1 exhaust system contributes towards mass-centralisation for good handling, but I think the best part is how it sounds - the sweet gurgle of a triple has to be experienced in person.

The stylish ten-spoke alloy wheels fit in nicely with this bike, which comes with newly-developed radial tyres - 120/70ZR17 at the front and 180/55ZR17 at the rear.

Completing the modern look is a fully digital LCD instrument panel that comes with gear position indicator (yay!), which was missing from many bikes. 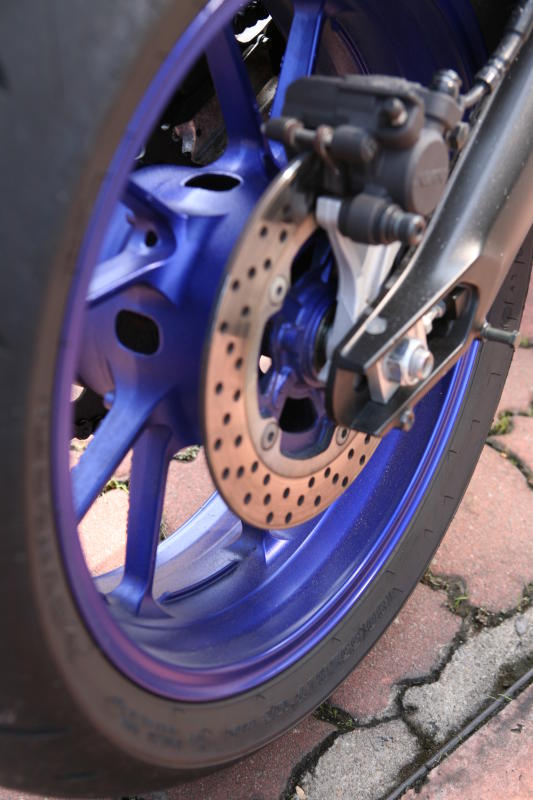 There is also a good balance between the tachometer and speedometer, with neither overwhelming the other on the display.

The ignition key hole is also well placed, and prevents the keychain or other keys from being gripped by the various cables running across the handlebar when turning.

The triple discs do a great job of stopping the bike, even when the lever is lightly pulled, and when coupled with a good positive neutral finder, the slow speed or traffic light experience is just as good.

That said, the MT-09 is not built for leisurely jaunts across town.

Fundamentally, it is still an animal which will yank the handlebar off my hands (remember crossplane crankshaft?) if I let my guard down.

The MT-09 is like a growling beast, ever snarling and refusing to be tamed, which of course to some people, translates to mean a bike full of character.

My other gripe with this bike is that some measure of downshifting is still required to take advantage of the very linear engine output, which does not mask the pronounced engine braking effect when the throttle is partially closed.

Other lesser problems is the absence of a grab bar (necessary when pushing through tight parking spots).

The keyhole to open the seat is also too well concealed (go figure it out without a manual), and it also proved to be very difficult to inflate the front tyre as the twin brake discs get in the way.

Yamaha should have installed an angled tyre valve as standard, instead of trying to save money there.

That said, all these shortcomings are not enough to dent the appeal of this bike, which is a great choice for those tired of supersport rides. 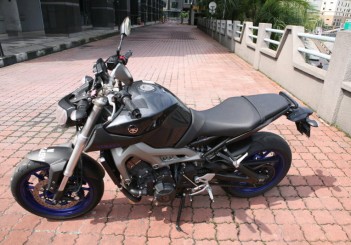 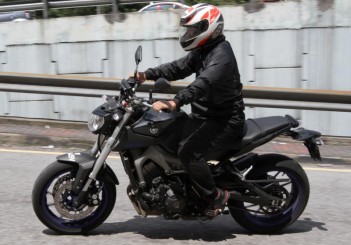 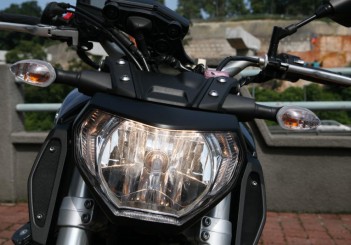 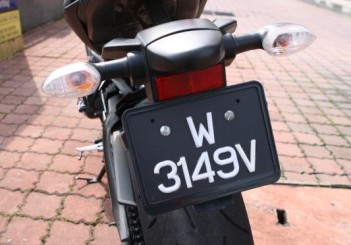 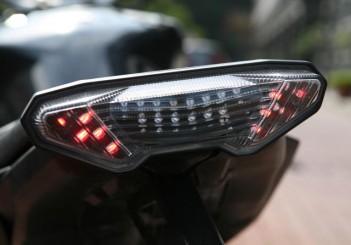 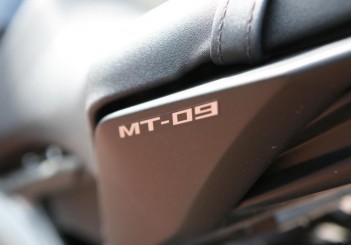 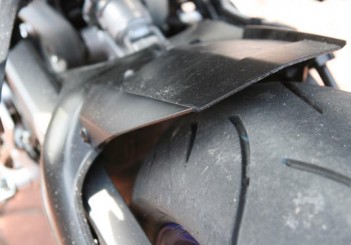 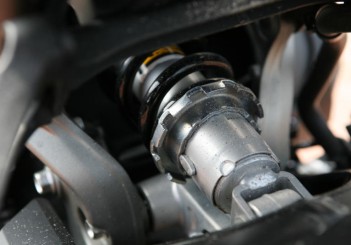 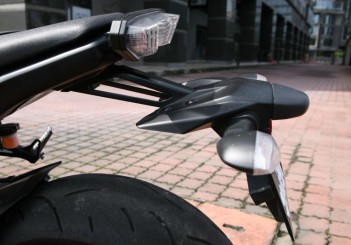 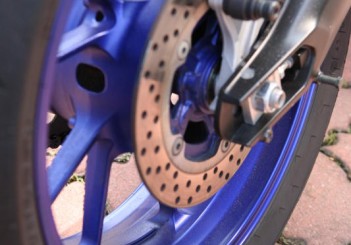 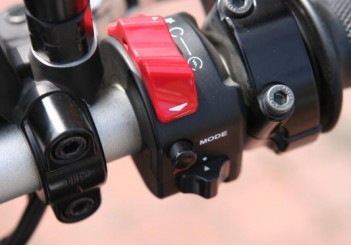 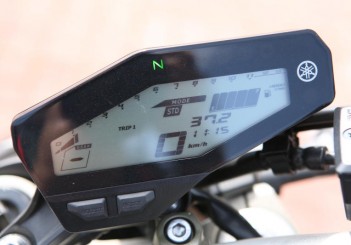