Home / Car Reviews / We drove the Audi A5/S5 in Portugal The original Audi A5 was a hard act to follow as it had garnered a strong following with its good sporty outline that was backed by engines with high muscled steeds to cement its authority among its peers.

Nine years later, Audi has launched the much-awaited successor that it believes would live up to the expectations of going one-better and as a contemporary interpretation of the original platform.

The timing was probably expected as the A5 is the Coupé version of the A4 that was introduced late last year and it is the automotive trend these days to develop the Coupé as a model on its own rather than as an extension of a base model.

It therefore has DNA design details on the body, apart from the Coupé profile, to stand it apart from the A4 sedan with prominent items such as the wave-shaped shoulder line that is carried over as a characteristic feature of the previous model and more pronounced flared wheel arches.

This muscular shoulder line is also seen on the bonnet that enhances the power look with an accentuated engine dome in the middle; adding to the looks are cleanly profiled angular head-lamps sandwiching the ‘single frame’ grille (the A4 lamps had a little kink at the bottom).

Being part of the overall new body styling, the A5’s profile also gained in wind-cheating characteristics; while it may not carry the same boast as the A4 with a Cd (co-efficient of drag) factor of 0.23 because of the shorter rear body, its 0.25 remains an improvement over the previous model and a new standard for its class, Audi says. As it also sits on a new platform that is said to be based on advances in ‘intelligent material composition’ and lightweight design, leading to a weight reduction of as much as 60kg, the new A5 Coupe shares similar benefits in a more efficient performance than the previous model.

The coupé body styling leads to a smaller boot with 465 litres of luggage space, 10 litres more than before, but less voluminous than the A4’s 505 litres; nevertheless, it was more than enough for our needs during the international media drive in Porto, Portugal and we didn’t have to use the 40:20:40 split rear seat rests feature.

The Coupé is endowed with five engine options that are of the higher horse delivery range with two TFSI (petrol) and three TDI (diesel) options of significantly greater output than before, ranging from 190PS to 286PS.

Of course, if more oomph is demanded, there is the S5 Coupé that comes with the new developed 3.0 TFSI V6 engine that churns out 354PS, which is 21PS more than previously. Our drive in Porto was divided into two sections and we started in the 2.0 TFSI quattro that took us through more than 100km of the most winding and narrow roads that we had come across; we even lost count of the many hairpin turns that we drove through.

It was so bad that our co-driver succumbed to motion sickness and we did a good part of the drive on the rear seats; as we were in a Mercedes-AMG A45 not too longer ago that had a similarly tight rear, we could say the difference was marginal between them where legroom was concerned.

The A5 was not as stiff over bumps and road irregularities, and was more comfortable as it runs on a longer wheelbase. There were also the intermittent bouts of rainfall that made some sections of the twisty route damp, cooling our exuberance in exploring the A5’s limits. During the few times that we pushed the A5 through the tight curves, the Coupé lived up to expectations with its reasonable surefooted hold on the road surfaces.

Our car came with the dynamic handling system with optional damper control; choosing Sport firmed the ride noticeably for a jolting feel but it was best for the winding stretches.

For the highways, Normal mode applies as the damping was more accommodating to make ride comfortable; when you sit at the back, these differences are very clearly felt. Using Comfort mode made the ride more comfortable but then the A5 felt like it was floating on the high seas; a bit of exaggeration perhaps but the feeling was similar.

The second and shorter leg was done in the S5 but the drive was mostly on the highway after a brief winding stretch.

The highway speed limit in Portugal is 120kph, which was covered at a relaxed engine speed of about 2,000rpm. We did throw caution to the wind once along a clear stretch to gauge the S5’s top end speed and saw the speed digital readout at 254kph before easing off as we were running out of road; the V6 engine speed was about 4,500rpm at that point. As Audi says, the top speed is electronically capped at 250kph, we believed the speed "achieved" included the usual 4% to 5% error normally factored in.

With the 354PS and 500Nm ready to be tapped from low engine speeds, we best recall the S5 as a Coupé that was eager to break into a sprint each time we were generous with the accelerator pedal input.

Audi enthusiasts here would have much to look forward to in the near future. 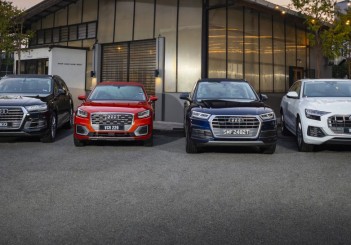 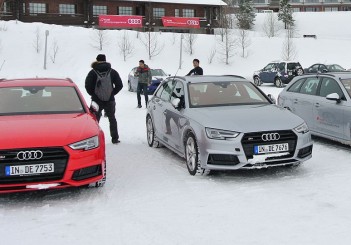 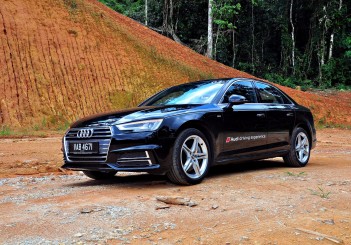 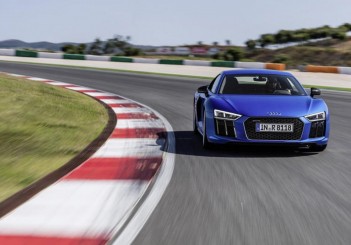