GLOSA is able to provide speed recommendations to Audi drivers of select 2017 and newer models that can assist drivers in catching the “green wave,” helping to reduce the number of stops at red lights.

It uses traffic signal information and the current position of a vehicle to display a speed recommendation intended to allow drivers to pass traffic lights during a green interval, in order to help reduce the number of stops at red lights.

The distance to stop, the speed limit profile for the area, and the signal timing plans, are all used to calculate the speed recommendation displayed to the driver.

Survey data from the AAA Foundation for Traffic Safety shows that the average American driver spends nearly 300 hours a year behind the wheel, the equivalent to seven 40-hour weeks at the office.

Providing drivers with additional information, such as green light optimized speed advisories, can help reduce anxiety and improve a driver’s comfort during their time behind the wheel.

“Audi is committed to moving America in many ways, including through the development of industry-leading connectivity and mobility solutions,” said Audi of America president Mark Del Rosso.

“Not only do vehicle-to-infrastructure technologies like GLOSA benefit drivers today, they’re also the critical steps needed as we continue toward an automated future.” 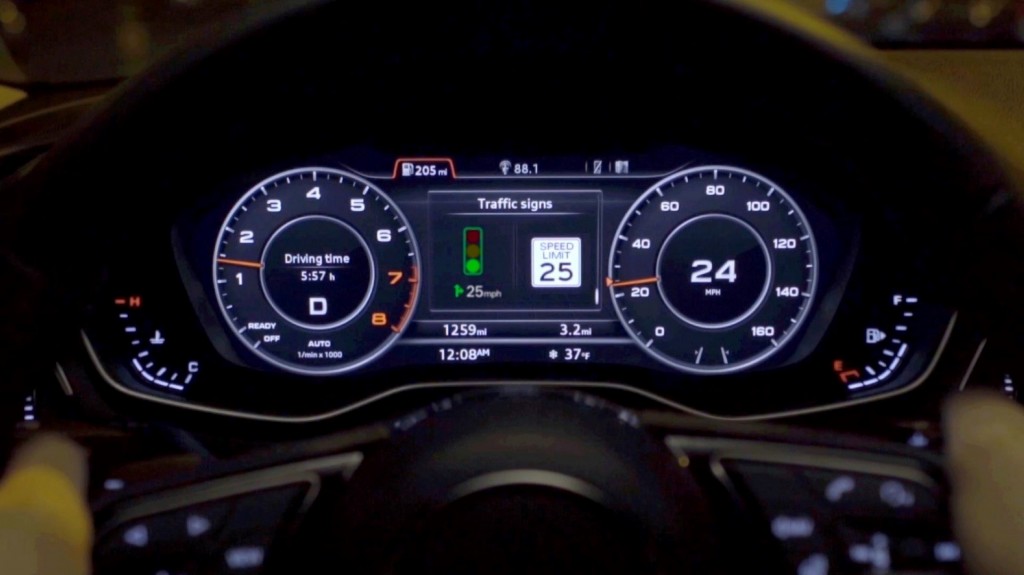 In 2016, Audi, in collaboration with Traffic Technology Services (TTS), launched Traffic Light Information (TLI), an Audi connect PRIME feature that enables the car to communicate with the infrastructure in certain cities and metropolitan areas across the United States (US).

Today, more than 4,700 intersections support both the “time-to-green” and GLOSA functionalities.

“VDOT’s (Virginia Department of Transportation) collaboration with Audi, TTS, and other innovative companies leverages the Commonwealth’s data and vehicle-to-infrastructure communications, preparing us for more connected and automated vehicles on our roadways. We are committed to improving safety, reducing congestion and exploring opportunities to partner with the private sector.” said Virginia secretary of transportation Shannon Valentine. Traffic Light Information, an Audi connect PRIME feature available on select 2017, 2018 and newer models, enables the car to communicate with the infrastructure in certain cities and metropolitan areas across the US.

When one of these select Audi models approaches a connected traffic light, it receives real-time signal information from the traffic management system that monitors traffic lights via the on-board 4G LTE data connection.

When the light is red, the TLI feature will display the time remaining until the signal changes to green in the instrument cluster in front of the driver or in the head-up display (if equipped). This “time-to-green” information helps reduce stress by letting the driver know approximately how much time remains before the light changes.

Future iterations of V2I technology could include integration with the vehicle’s start/stop function, optimized navigation routing, and other predictive services. All of these services are designed to help reduce congestion and enhance mobility on crowded roadways. 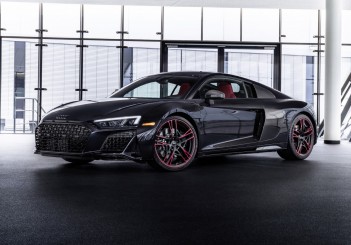