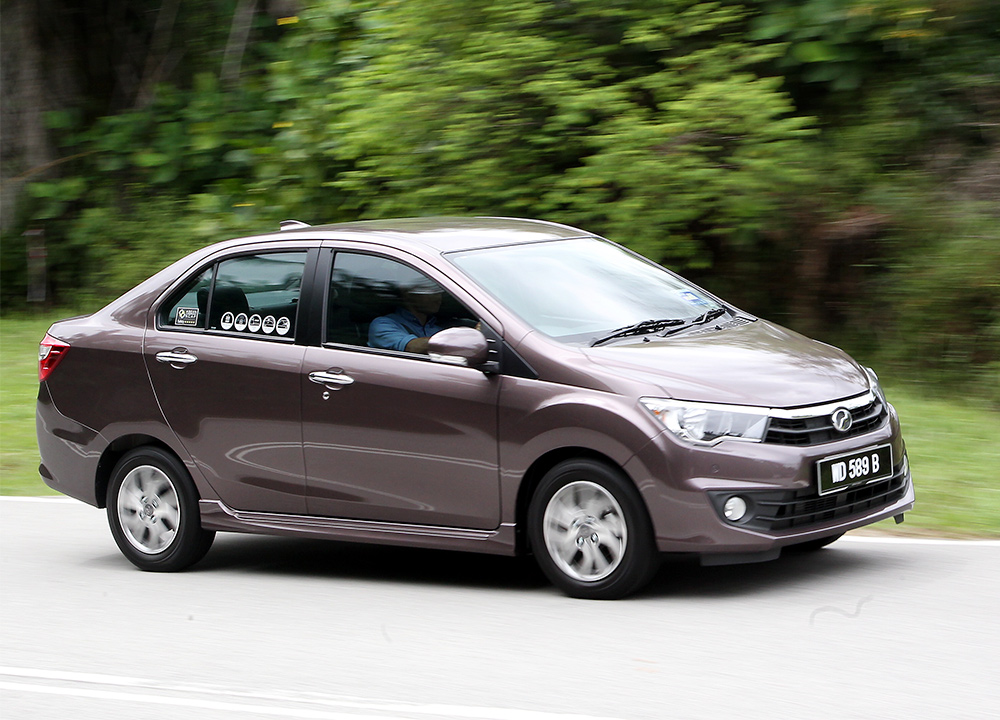 The Perodua Bezza sedan isn't just another compact car; it is also a showcase of just how far Perodua has come since it started operations 22 years ago.

Renowned for its nippy, compact vehicles for the budget-conscious, Perodua had never produced a sedan - a passenger car body type favoured by many Malaysians for the extra cargo capacity. That is, until now. 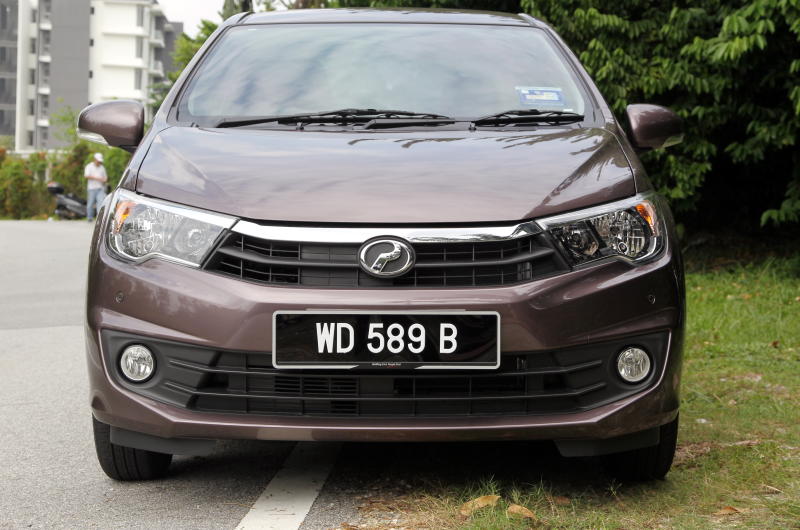 And what a reception the Bezza has received; bookings reached 10,115 units just five days after it was launched on July 21.

To provide some perspective, the Bezza uses the same platform as the immensely popular Perodua Axia five-door compact hatchback. It's about the same size as the Perodua Axia, except that it's longer because it has a huge Toyota Vios-like boot.

It's slightly smaller than the Perodua Myvi in terms of footprint; like the Axia, it will seat four adults comfortably but five adults will be a wee bit of a squeeze. It's also a bit smaller than the Proton Saga, but it has a much bigger boot - 508 litres versus the Saga's 413 litres. 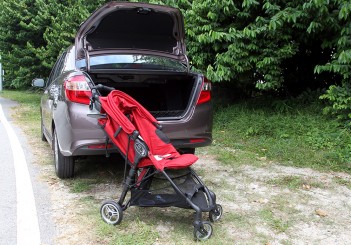 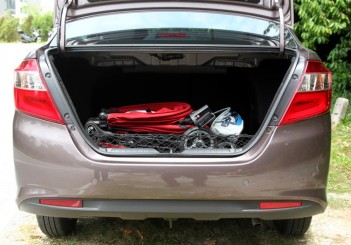 Deep and spacious boot easily fits in a baby stroller. While there is plenty of legroom, headroom is just about adequate for 1.73-metre adults like us.

Our heads touched the rear sloping roofline when we leaned back in an upright position. 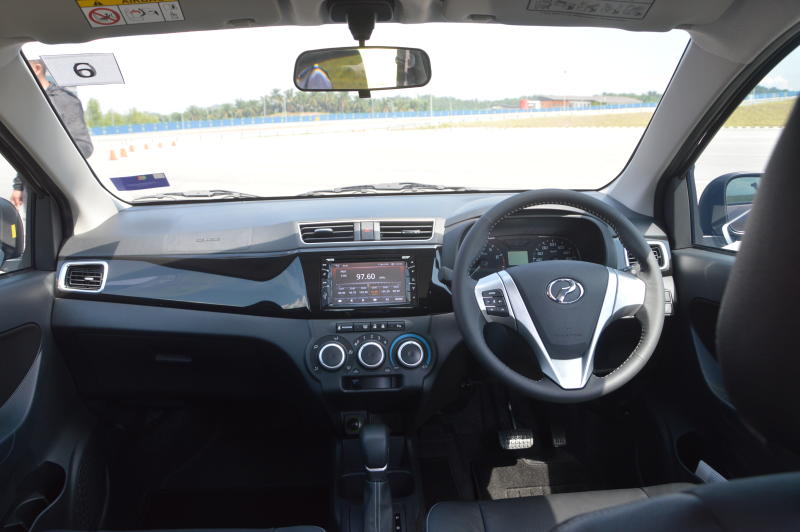 Only the Bezza Advance gets dual front SBR and VSC, traction control, regenerative braking system, hill start assist, powered foldable side mirrors, and a multimedia system with navigation, and a reverse camera. 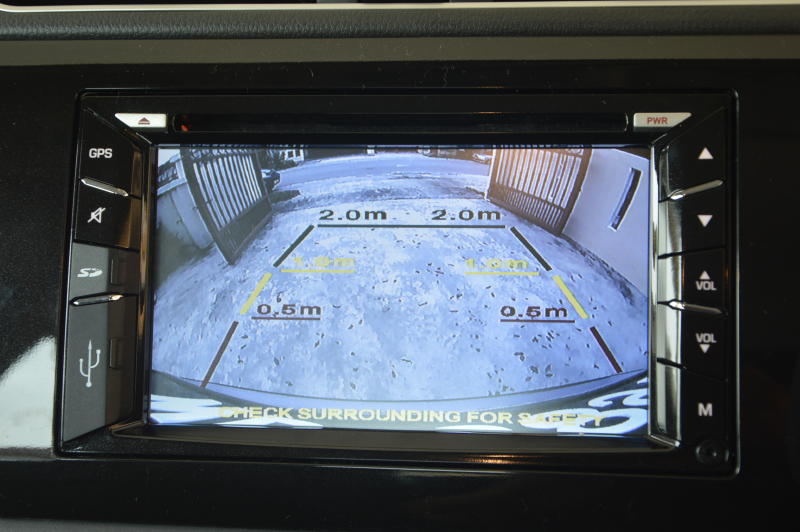 There is also a touchscreen display with a four-speaker audio system, USB and Bluetooth, and GPS Navigation. A rear USB port is useful for charging smartphones. 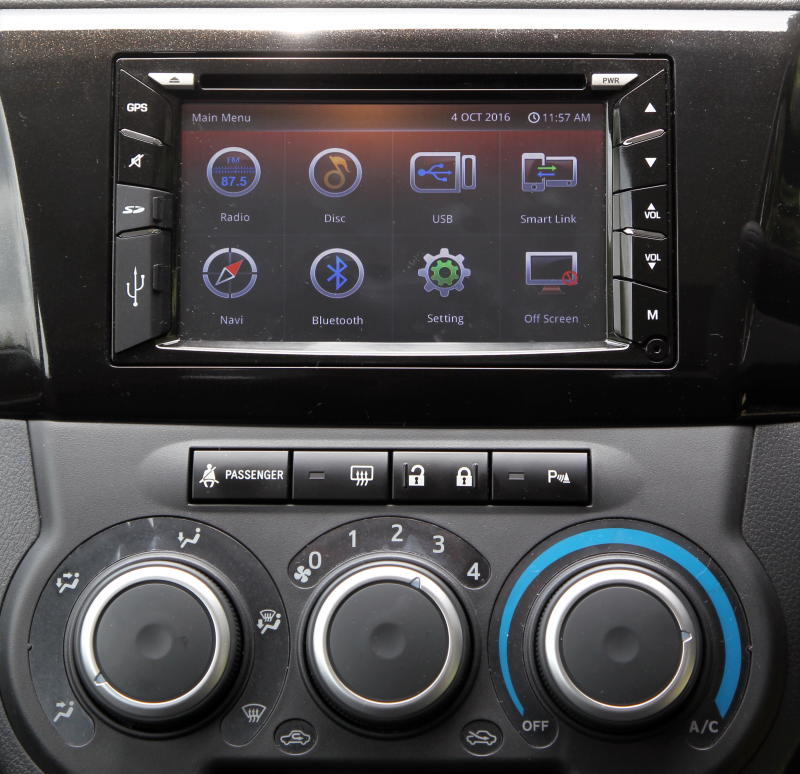 Also exclusive to the Bezza Advance is a fuel-saving technology called eco-idle, where the engine is automatically shut down and restarted at traffic lights or during standstill in traffic congestion. If you find this irritating, you can switch it off. Black leather seats are also exclusive to the Bezza Advance, and we liked the interior fit and finish.

As for cabin storage options, you get a recess and two cup holders in front of the gear stick, four door pockets, and front seat-back pockets. Each front seat-back has a "da pao (takeaway)" hook to hang packaged drinks or food, and there's an anti-theft “handbag hook” at the side of the front passenger seat. 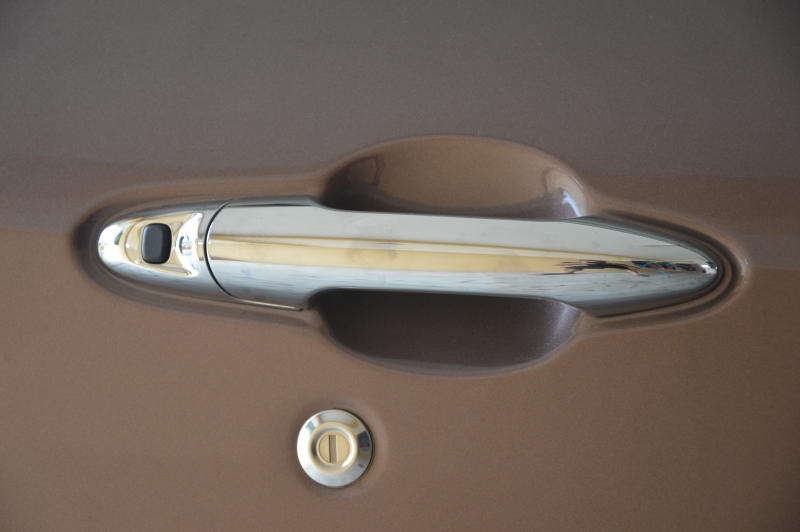 Pressing the lever for the trip odometer shows you useful data like travel range remaining and average fuel consumption. All four side windows are powered, but only the driver's window has the one-touch up/down function.

And don't worry if you forget to switch off the headlights; the Bezza has a headlight auto-off mechanism when you shut down the engine, and open the driver's door. Leave the headlights at the "On" position on the control lever, and your headlights are switched on again when you start the engine. 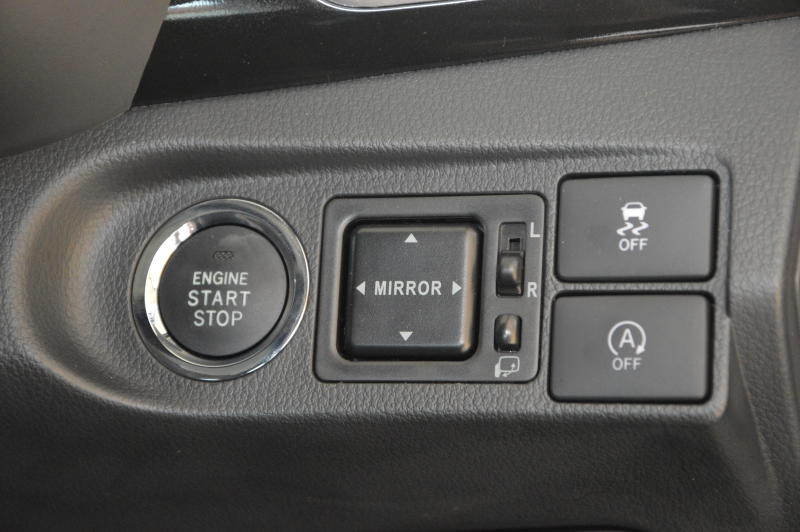 The 1.3-litre engine is from the Perodua Myvi, but it comes with dual VVT-i (Variable Valve Timing with intelligence) and has been improved for slightly more power and fuel efficiency.

The four-speed automatic gearbox is efficient, and the Bezza proves to be quite a nippy car, because like typical Perodua cars - it is lightweight (Bezza Advance has a 930kg kerb weight) and has good power-to-weight ratio. Perodua claims the Bezza Advance is a fuel sipper, and it can achieve 22km per litre. 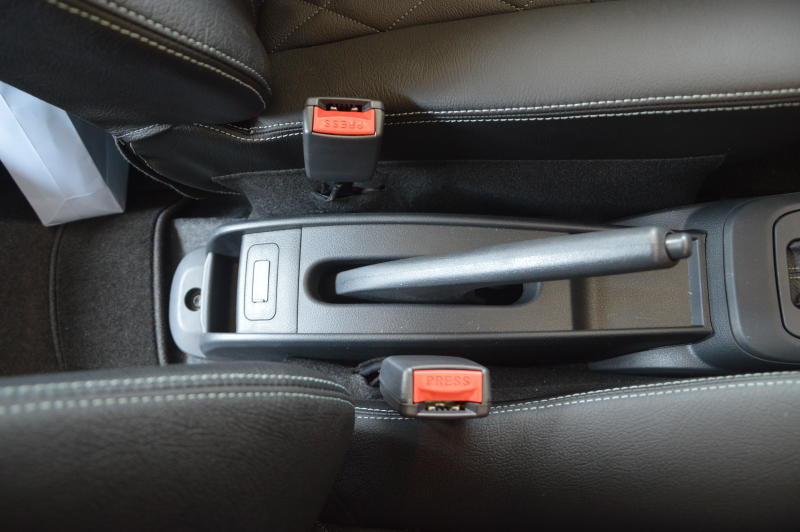 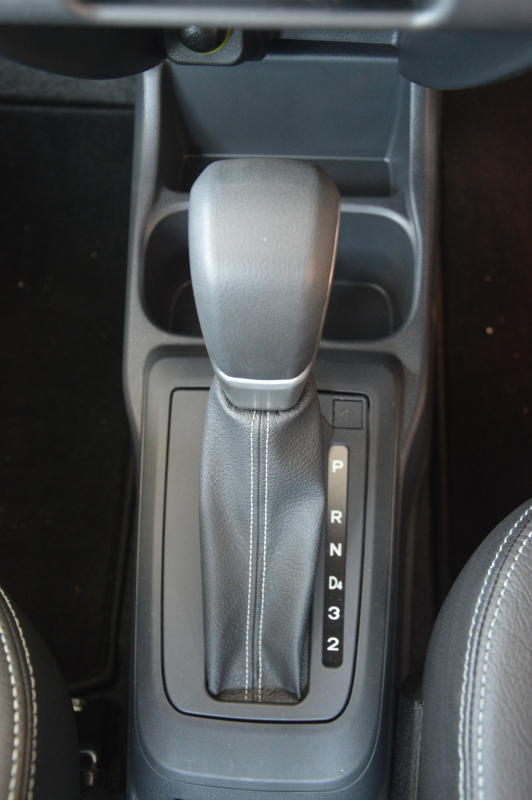 On the motorway, there was a bit of wind and road noise in the cabin, but this is at far from uncomfortable levels. Engine noise intrusion is far from unbearable, even when we hit the 6,200rpm redline.

The suspension is well-sorted out, and is adequately soaks up bumps and irregularities on badly-maintained roads. When we drove spiritedly, it handled decently on twisty roads and stayed well-planted through corners. 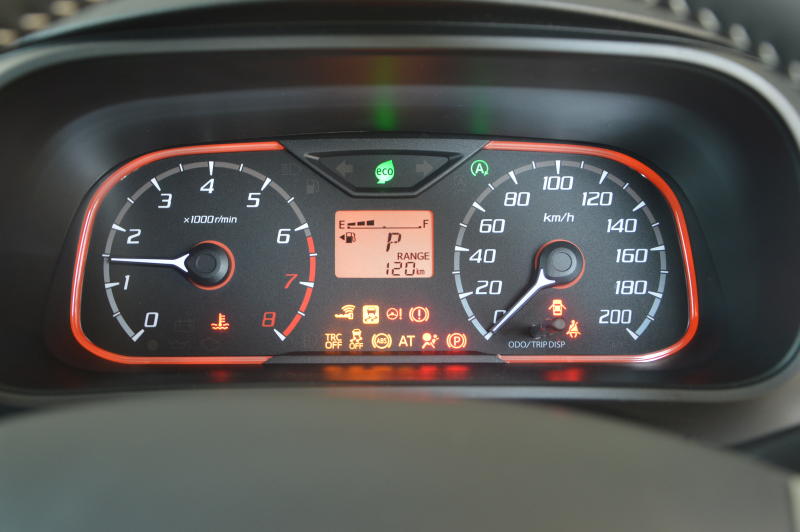 There is little to criticise here. Of course, being greedy consumers, we can always wish that Perodua had fitted a centre arm-rest or storage box between the front seats, or rear air-conditioning vents.

In summary, the Bezza Advance is a very well-equipped car, has a well-crafted interior, provides nippy motoring, delivers plenty of bang for the ringgit, and it is easy to see why it is selling like hotcakes. 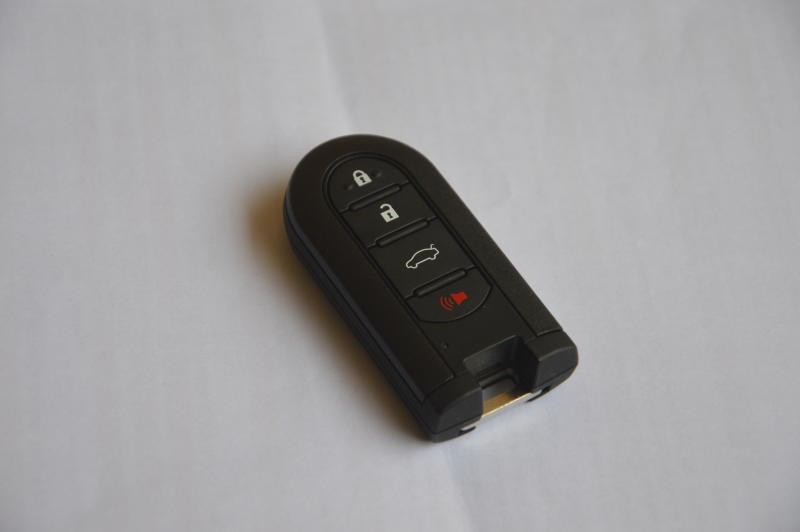 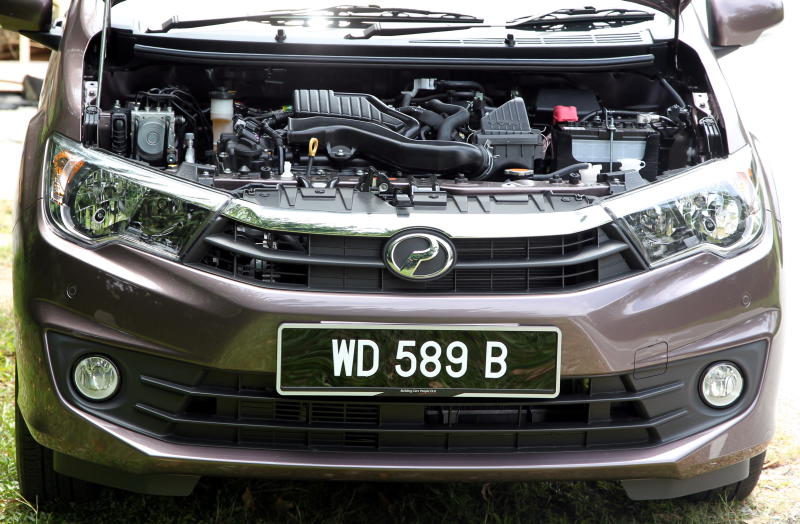 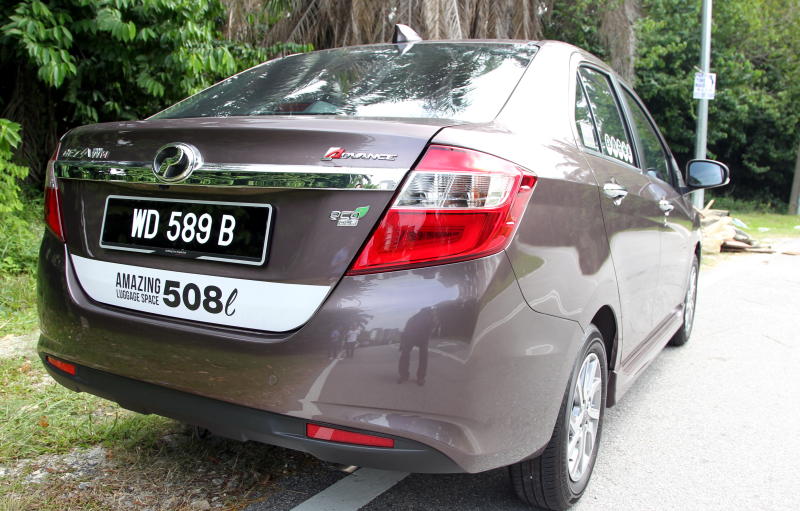 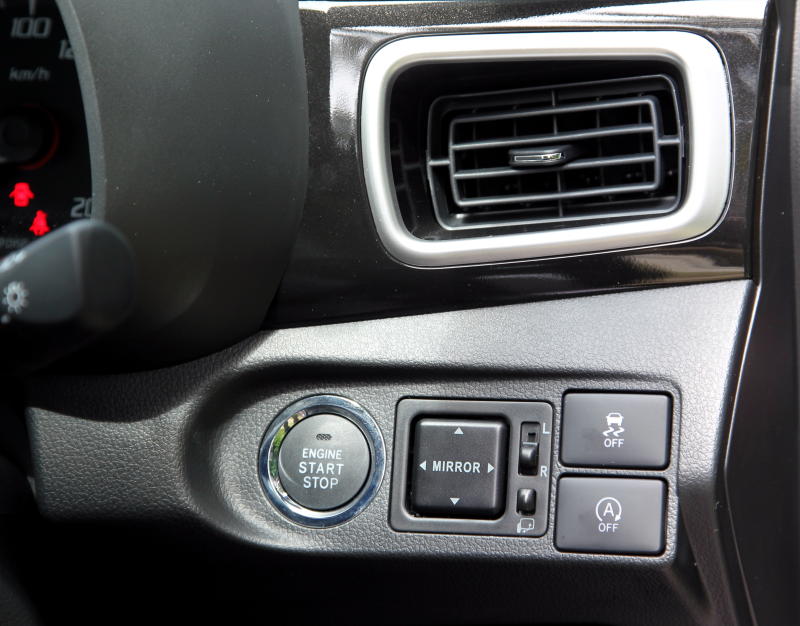 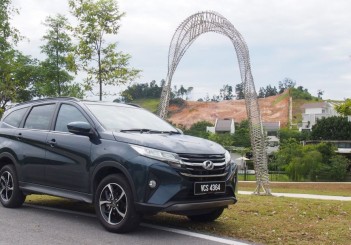 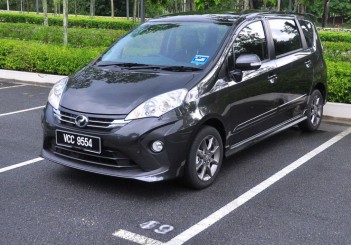 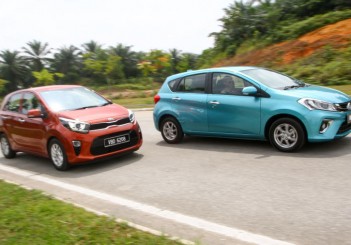 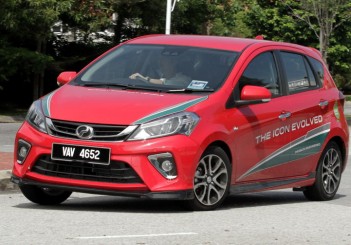